Seven things to watch for across the second half of 2017.

With five rounds of action-packed racing already in the bag for the 2017 Motul MX Nationals series, we’re now gearing up for the next batch of racing action following the annual mid-season break. We’ve seen dominant performances, breakout rides, crashes, injuries, controversy and a lot more, and that’s all part of an exciting season of national motocross racing. In this latest edition of Countdown, MotoOnline.com.au takes a look at seven things to look out for over the coming five rounds as things get back underway this weekend at Nowra in New South Wales for the final leg of the tour. 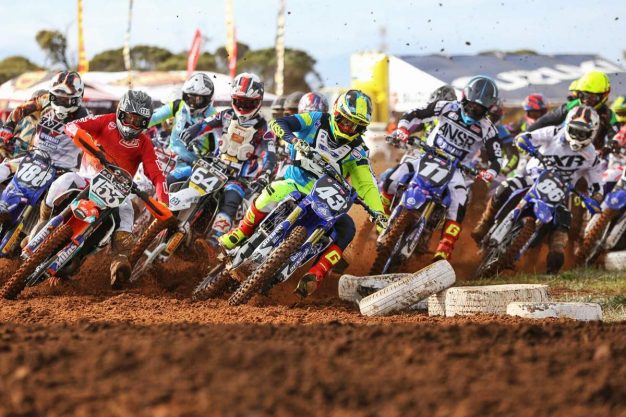 7. Returning racers:
The mid-season break can work both ways for racers, some really enjoy the time away from racing and use it to their advantage. Other racers seem to dislike the break and would rather to race on and keep themselves feeling sharp throughout the 10-round series. What we may see is certain riders returning for the final five rounds with newfound speed and a stronger fitness base, while we may see others slightly lost and feeling like they’re back at round one. Then we have riders such as Brett Metcalfe who will enter the second half on a completely new program! It’s always interesting to see things happening during the break and it’s exciting to see the outcome as the riders get back into the swing of things.

6. Fresh addition:
The final five rounds of the 2017 MX Nationals series will see riders hit an all-new location in terms of national motocross racing as they make their way to Port Macquarie in New South Wales for round eight on 30 July. Sure, plenty of these riders will have raced on the circuit at some stage in their life, but it’s relatively new for everyone out there and it’s always interesting to see who can adapt the fastest. Another aspect will be how teams prepare for the event, with no previous data to go off it’s a case of heading out for practice and predicting how the circuit will form up and making precise setup choices to suit.

5. Wilson’s arrival:
After returning early from his brief stint touring the MX2 World Championship, Jay Wilson recently revealed he would join the Raceline Pirelli KTM team for the remainder of the 2017 season in the MX2 class. Now remember, Wilson is the 2015 champion in this class, that number one plate would have been displayed on his machine in 2016 if he hadn’t have made the move to the premier class – he’s a big deal in simple terms. It will be interesting to see where Wilson sits in this hotly-contested category with a new team and bike, it may take a while for him to settle in, but he definitely has the ability to mix things up in this championship. 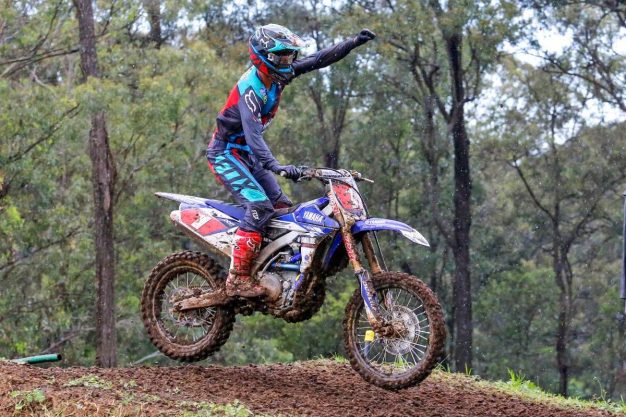 4. MXD early mark:
We’ve actually only got three rounds of MXD action remaining, this championship is going to wrap up at Port Macquarie which means the upcoming events are a lot more critical for the development riders. Following an action-packed round at Murray Bridge, which involved an aggressive pass by series leader Jy Roberts on Cody Dyce, Roberts now leads the Yamalube Yamaha Racing rider by six points heading into Nowra’s sixth round. These guys are only young and getting their professional careers underway, but the racing is still super competitive and they’re not going to be holding back.

3. MX2 title fight:
We’re seeing quite a tight race for the MX2 championship develop and the red plate has been handed back-and-forth between Wilson Todd and Mitch Evans multiple times. It’s exciting to see these two Yamaha-backed racers battle it out for the top spot and at this stage there’s only six points separating the two. We also have to keep our eyes on riders such as Hamish Harwood, Jackson Richardson and Egan Mastin, these guys are definitely a lot further back, but they definitely have a shot at this title still and anything is possible.

2. MX1 contenders:
These guys have had enough of seeing the back of that number one CDR Yamaha and there’s no doubt that everyone wants to kick the defending champion off the top step of the podium as soon as possible. There’s a long list of highly-talented and frustrated riders in the MX1 category that want those round wins and expect themselves to be doing so this season, so let’s sit back and see if anyone can make it happen in the coming weeks.

1. Ferris’ form:
You simply cannot deny that CDR Yamaha’s Dean Ferris has been on a new level in 2017, and it doesn’t look like he’s slowing down any time soon. Yet to lose an overall MX1 victory and with just two moto wins stolen away by Kirk Gibbs, the defending champion has bene thoroughly impressive this year. During the mid-season break he also made headlines in the US as he lead a portion of the opening moto at High Point on debut in the Lucas Oil AMA Pro Motocross Championship. Coming home in second-place in the moto and with seventh overall on the day, it’s clear that the Kyogle rider is at the peak of his career and he’s going to be very tough to overcome during these final five rounds.