It was an action-packed day in South Australia for Murray Bridge’s fifth round of the 2017 Motul MX Nationals series, where Hamish Harwood came out on top in MX2. Harwood rode his Davey Motorsports KTM 250 SX to the front of the field to claim a career-first overall win using a 1-3 score. 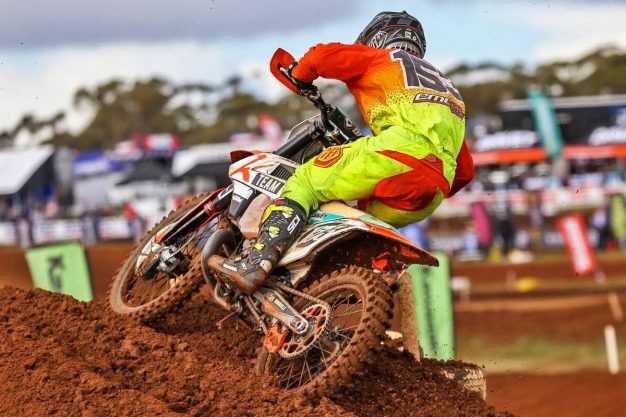 Hamish Harwood, this time on the podium it’s the top step here at Murray Bridge. It must feel really good to get the overall in MX2?

Yeah for sure, it definitely does, first overall I’ve got and I’m just really happy about it. I’ve been putting in the hard work and it’s been paying off. For the last two rounds that I’ve been on the podium, we’ve made a few changes with a bit of setup, a few changes to the bike and what we’ve been doing. It seems to have paid off, so we’ll keep it the same for the second-half of the series and hopefully we can be back on the box.

It’s the type of form we’re used to seeing you in New Zealand with, so is it a case of converting it over here? We’ve obviously seen you up front here plenty of times before, but it just looks like it’s all coming together.

Yeah for sure, it is very different from racing in New Zealand to Australia. Obviously racing at home you have everything at your fingertips, everything is prepared and set up, it’s so easy and you’re familiar with everything. When we come over here, we fly in Saturday morning and we have to be up at 3am on Saturday morning to fly over. Then we’re frantically trying to get the bike ready for the race day, we just don’t really have much time to settle in. It definitely makes it tough, but we’ve managed to get it done and we’re really happy. 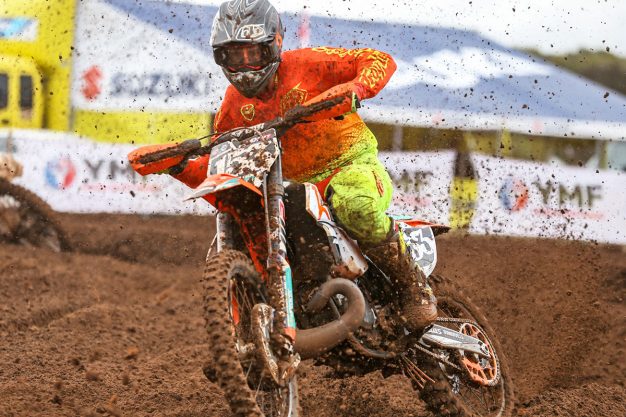 Pretty special result for the Davey Motorsport team as well with both of you guys on the podium?

Yeah for sure, they are a unique team, it’s more like a family than a team. Everyone just wants to help out and they’ll drop anything to do anything for you, I just can’t thank them enough. They’re an awesome group of people and just really happy that we’ve been in touch with them and managed to ride for them for the last couple of years. With the help of KTM Australia and KTM New Zealand getting me over here, my mechanic sacrificing a lot of weekends to come racing with me, there’s just so many people to thank.

You’ve climbed up to third in the championship now, considering you’re sort of getting there in the frame for the points, will you keep doing MX1 and MX2?

Yeah I think I will, I don’t see why not. I don’t usually fatigue until that last MX1 race and that’s when I feel it, but before then I’m usually pretty good. But the points are really close, there’s only one-point in it between three of us for third overall, so yeah it is real tight. Now we’re looking at the championship, but for us we want to take it race-by-race and just do the best we can.