Factory Yamaha racer on his 2017 season, presented by Maxima Oils.

It was a challenging season for Australia’s Chad Reed in the 2017 Monster Energy AMA Supercross Championship, the two-time series winner finishing a disappointing ninth overall in the standings after a long 17-round series. So for this latest edition of Catching Up, MotoOnline.com.au checked in with the 35-year-old to talk about his supercross season and pick his brain on multiple topics from the past, the present and the future. As always, this one is yet another must-read from the always insightful motocross and supercross icon from Kurri Kurri in New South Wales. 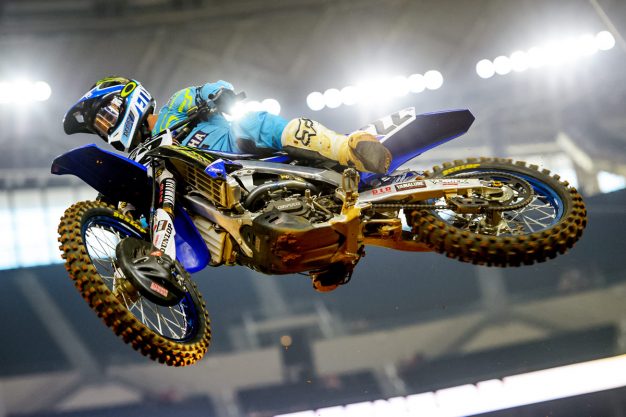 You were ninth in points for 2017, how would you describe your season?

A disaster, terrible… [laughs]. I mean, I’m embarrassed to even hear you say ninth in a supercross championship. As tough as that sounds, for me that was never the goal, the plan was much, much higher than that, so yeah, somewhat a disaster of a season to be honest.

Clearly the only high and only real positive weekend was in Phoenix. I mean, I just felt pretty decent there and the whoops played a big role in the race track, so for whatever reason it just seemed to all come together and I was able to put it together. There’s so many downs, starting the year out with a DNF didn’t help and for whatever reason it just didn’t come good. I was always in the wrong place at the wrong time, I was horrendous on my starts early in the season and around Daytona we started to find a bit of a solution to help me – they kind of improved and they were up and down after that. It was just a really challenging year, I found myself on the ground way too many times and whenever I had a little bit of pace it seemed like I made silly mistakes or I was in the wrong place at the wrong time. Nothing came to fruition, it was a year where I felt like I was just bashing my head against the wall or I could never get my head above water, it just never panned out.

Las Vegas’ final round was an exciting one and you were right there in the mix until Jason Anderson put you off the track. Were there any hard feelings there?

I mean, the hard feelings come from the fact of knowing why he did it more than anything. But you know, it’s racing, I probably would have done the same thing and more than anything you forgive, but you don’t forget. There will be a race or two where he’s in front and you know that you show no respect, show no love and go for the jugular whenever the chance.

What did you think of the way this year’s championship played out this year between Ryan Dungey and Eli Tomac?

Predictable, to be honest. When Eli’s on, he’s on, and when it’s not all working out for him it’s difficult. I can relate to that because I’ve kind of been like that throughout my own career, so for sure confidence and a certain feeling is something that Eli needs. When Eli has that, he’s one of the best there ever was. Dunge, he just seemed solid week in and week out, he didn’t make any real big mistakes. He was pretty average on starts though for him, I want to say in the last two or three years he’s had a 2.3 or 2.2 average on the first lap. I want to say this year it’s up into the 4, 5 or 6 range, so he seemed to struggle with starts. Where was it, I think at Salt Lake City we saw Eli come from behind and put a pretty good whoopin’ on Dunge and everyone seemed to want to hand the trophy off. But with two races to go and kind of knowing where we were going, you never count out somebody that’s a three-time champ and somebody that’s there every weekend. So yeah, I wasn’t convinced that it was over and it seemed to play out that way as well. Eli made mistakes in New Jersey and ultimately it came down to having more people against him than on his side, whereas Dungey had a lot of people on his side. I think the cards were always going to fall Dunge’s way if he did need a little help. As a guy who’s been racing American Supercross for over 15 years now, what’s your opinion on the timed races now that there’s a full season in the books?

I don’t really have one way or the other, it’s not like I love them and it’s not like I hate them. What I found interesting is, say for instance Anaheim 1, I want to say we were up around the 59-second mark or whatever it was, so you’re going that 20-21 laps. Same as Vegas, I think we went 20 laps and it was easy, it literally felt like it was easy. I guess I underestimated the body memory, there were races like Dallas where I want to say we did 26 or 27 laps, some of the really short laps. It’s just 20 minutes, whether it’s Anaheim, San Diego, Vegas or Dallas, but every lap over the 20-lap mark seemed like the body was like ‘oh, what are we doing?’. I’ve been doing 20-lap races since 1998, so do the math and it’s 19 years or whatever that I’ve been doing 20-lap races, so the body just had this automatic understanding of what 20 laps is and anything over that it was like ‘what are you doing?’, you know, like we’re going too long [laughs]. So some races did feel like you were out there forever and then others felt really small.

Looking forward, you’re confirmed now for the AUS-X Open in November. What’s next for you between now and then, because it’s still quite a ways away?

Yeah, a long way away and we’re obviously into off-season for us. Talking stick and ball sports, I’m a free-agent at the moment – my Yamaha contract is up at the end of the year. Obviously the goal is to renew and continue on with Yamaha, but I don’t have a guaranteed spot there, so I’m trying to figure out whether that’s doable or if they want to keep me around. So yeah, I’m just kind of looking and weighing up my options. I want to race and I’m excited to race, I’d be really bummed for the 2017 season to be my last one – that was definitely less than what I’m capable of. But like you said, I’m looking forward to November, the AUS-X Open, I’m excited about that, and I actually had a two-year contract with them, so I was always locked into that event. I’m excited for the guy that they’re bringing down, which I’m sure they will announce soon, I think that will make the racing fun and it’s always good when they bring good, competitive guys down. It definitely doesn’t turn into the homecoming where I get to go down there, rule the world and just ride around – I have to go down there to be at my best and scrap every lap to win the thing. It’s a great warm-up race for me with not doing so much during my downtime. For sure, I’d like to come home and have it a little easier, but you’ve got to use it for the tool that it is and get ready for the new season in January. I’m looking forward to it. 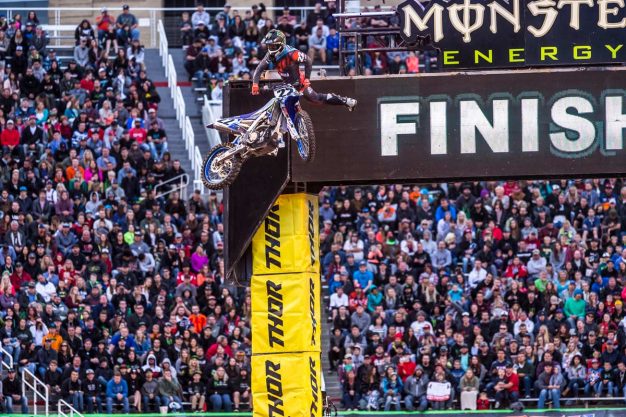 And if the scenario happens to come where you haven’t got a contract signed prior to that point, could it really be your last supercross or is that the way it will be looked upon at that point if you didn’t have a contract?

Man, I don’t really even want to think about that scenario… that’s the last scenario. But if I didn’t have a job, technically it would actually be difficult to race the event. I don’t know that I would be prepared to just show up on a production bike and race, so I would have to have a bike supplied from somebody. Not to burst the bubble of AUS-X Open, you know they’ll probably be disappointed when they read this [laughs], but that’s not a scenario for me. Right now I’m working really hard and I’m focused on renewing or finding a new contract. Obviously, like I said, the goal is to renew, but if that scenario doesn’t play out the way I want it, I have some options too. It’d be a surprise or a shock to me if I didn’t have a contract, I have some options already, so we’ll see.

So the ideal situation is trying to renew with Yamaha. If that does happen is that an ideal position for you to try and round out your career in the next couple of years, if it turns out that way?

Yeah, I think I’ve been consistent in making it publicly clear that Yamaha is a company I’ve had a lot of success with and, although the last two years have been really trying and definitely haven’t ran that smoothly, I think everybody is aware that there’s a new bike coming. The pictures are everywhere, I haven’t personally ridden it, but I’m hearing good positive things, so it’d be a shame to struggle through two years and kind of miss the new bike, right? Everybody wants to have the best bike and the best scenario, but like I said, some things are always out of your control, but I’ve been consistent and I’d love to finish here. This is a company that, through everything, the high-up people here I feel have had my back and I’m excited to potentially end my career here. If for whatever reason that doesn’t pan out, then that would be unfortunate, but it is what it is and at the end of the day I want to be competitive, I want to be in the mix. I want to be better, for sure, than I was this year, so that’s the goal, working to be better.