Pit briefs from Queensland's third round of the season.

While much of the attention is on-track at each round of the 2017 Motul MX Nationals series, Trackside takes you beyond the action at Conondale in Queensland last weekend for brief pieces of interest. 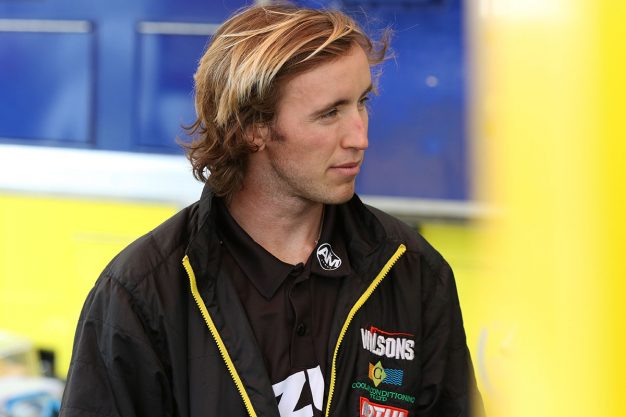 – Wilson Coolair Motul Suzuki’s Kyle Peters battled through the Conondale event in the premier class. Entering the event, the American had struggled to keep food in his system for an entire week and was clearly struggling to make it through the day’s racing. Following moto two, which at one stage he was unsure he would even line up for, Peters went directly to the RACESAFE truck to receive treatment via intravenous drip.

– Cooper Pozniak is a tough kid. Moto one saw the former red plate holder go down hard off the start and at one stage it seemed he wouldn’t be able to continue on, but he got up, mounted his bent up Yamaha YZ250F and started turning laps. The Yamalube Yamaha Racing rider came past on lap one and had to take his injured hand off the handlebars as he landed off a jump, that’s how bad he was hurting. It was good to see him stick it out and ride that mangled bike for the entire moto when some riders may have thrown in the towel and made their way back to the pits.

– On return from the MX2 World Championship, 2015 MX2 champion Jay Wilson was in attendance at Conondale as a spectator. Wilson has made it clear that he wants to continue racing domestically and there’s no doubt he was scoping out possible options for the remainder of the year. Will we see him snag a ride before the end of the outdoor season? There’s definitely a few options opening up as the year goes on, so let’s sit back and see how that pans out.

– The extension over ‘Dunk’s Hill’ proved to be an interesting aspect of the day’s racing in Conondale with select riders launching the jump and others opting out of the huge leap. We saw Kirk Gibbs destroy his front wheel on his Super Pole lap and Cody Mackie did the same as he launched the jump aboard his Husqvarna TC 125 – yes, Mackie jumped it on a 125! MX2 round winner Mitch Evans mentioned that he did jump it a few times in practice, but after coming up short a few times, he decided it wasn’t worth it in the motos. – Yamaha Motor Australia continued to impress at Conondale as they offered a lucky selection of fans the chance to spin laps of the circuit in the YXZ1000R. That would have been some serious fun out there sliding around with Daniel Mackenzie at the wheel, and to top it off they got to meet their favourite Yamaha riders and hang out under the CDR Yamaha awning.

– Teammates battling one another and making aggressive moves on-track can get interesting at times, but it’s clear that Mitch Evans and Jackson Richardson are seeing the fun side of it following Conondale. As both teammates at Serco Yamaha and cousins, these two have a great relationship and although Evans came out on top on the day in both motos, Richardson was still smiling and joking around post-race. Let’s hope this remains the same for the remainder of the year!

– Dean Ferris is happy and when he’s happy, he’s dangerous. Ferris has never looked more comfortable and he’s clearly pumped on his position with CDR Yamaha currently, which is bad news for guys like Kirk Gibbs and Todd Waters who are chasing him down. Gibbs is clearly frustrated and he made that clear following both the Super Pole incident and on the podium at the end of the day. Mentally and physically, the defending champion looks to be in a very good position and he is going to be tough to overcome.

– The Conondale circuit again proved quite tricky for riders in 2017 and it seemed to be a combination of both natural occurrences and track preparation. The Green Park circuit definitely wasn’t ripped super deep and it wasn’t exactly soaked for the morning sessions like we usually would see. This created a circuit that packed down quickly and it definitely baked during the afternoon. We saw riders such as Luke Clout switching out their tyre choices as the track changed and it was mentioned many times just how slick and technical it was out there.