MotoOnline.com.au highlights three standout performances from the weekend’s third round of the 2017 Motul MX Nationals at Conondale in Queensland. Radar isn’t strictly about the winners, it’s about the unsung racers that we spot performing above expectations on any given race weekend. 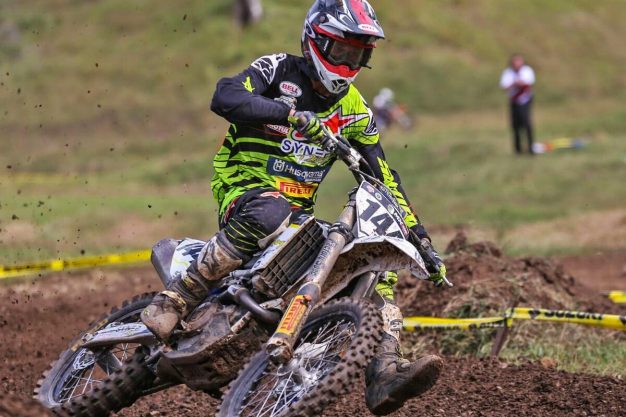 Keiron Hall (Synep Racing Husqvarna) – MX1, 10th overall:
It was another strong weekend for Hall in Queensland as he improved on his Appin round two result to make his way into the top 10 in the premier class. Aboard his Synep Racing Husqvarna entry, the New South Wales-based rider went 10-12 in the motos for 10th overall on the day edging out MEGA Bulk Fuels Monster Energy Kawasaki Racing Team’s Aleksandr Tonkov for the final top 10 spot. Joel Green (KTM) – MX1, 13th overall:
It has been a steady season for Green in the MX1 category aboard his privateer KTM 450 SX-F. Green kicked off his season with a 16th-place finish at Wonthaggi’s opener, followed up by a 15th-place finish at Appin and we’ve now seen him jump two spots ahead with a 13th overall in Queensland, quite a steady improvement to date. Zak Small (Husqvarna) – MX1, 12th overall:
Making the move into the premier MX1 category for 2017 right out of the MXD class, Small has been strong aboard the Husqvarna FC 350 to date. Conondale saw Small claim his best overall finish of the season as he rode to a 12th-place finish in moto one before backing it up with an improved 11th-place finish in moto two.