From the outside the sport of motocross is seen and judged off the two motos on race day, those are the pivotal moments we focus on each Sunday, but there’s a lot more to it for each racer lining up. The race day routine is something that involves multiple aspects and must be fine-tuned by each rider to ensure they get the most out of themselves when it really counts. In this edition of Advice, MotoOnline.com.au caught up with DPH Motorsport Yamaha’s Wilson Todd to hear how he approaches each round of the 10-round Motul MX Nationals series. 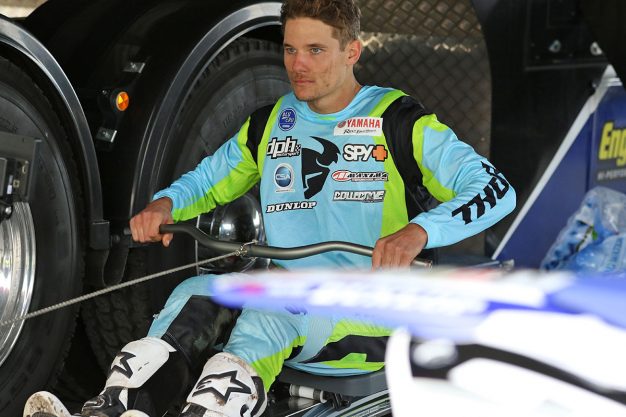 2. Nutrition:
I have the same breakfast and the same lunch every day, no matter if it’s race day or the pre-season. I always have the same breakfast and the same lunch that I cook up, so my body always feels the same. I won’t go and eat something that I’m not used to because you then feel out of whack. Because the racing starts so early, I need to get up at the motel early and get to the track to cook breakfast straight away so it can settle. Otherwise if I eat and then get straight out on the track, I feel pretty sick, so I’ll get there and get that out of the way straight away.

3. Warming up:
After I have my breakfast I’ll be gearing up and doing a warm-up routine before we get on the track pretty early for practice and qualifying. For me, we have a rowing machine in the truck, so I’ll just jump on that and do a 10-minute row, I won’t smash myself, but I’ll get a sweat up for 10 minutes. Then I have a stretching routine that takes about 20 minutes also, so I’ll do that and then get onto the bike. 4. Qualifying approach:
What I try to do in qualifying is not do any rolling laps, I just want to go out and treat it almost like a race and get into a rhythm. I try to find my rhythm and every couple of laps I’ll really push it, I don’t go over the top, but I’m trying to replicate a race. I’m not too bothered where I finish though, I just do a quick lap and that’s it.

5. Minimising bike changes:
I’m not someone that likes to change my bike. If I have a problem I’ll change it, like if it’s not handling right, or depending on the way the bumps are forming up, I’ll let them know. But I usually leave it all exactly the same, I don’t like to change much. We’ll just come in and get the bike washed and then come out for the first moto on the same bike pretty much. If it’s something big, we’ll change it, but I don’t like to make tiny adjustments, we’ll just keep it the way it is and I know what I’m getting.

6. Using all of your resources to your advantage:
After I come off the track, I’ll come in and gear down, then I heat up my food straight away and I go and watch some racing. I try to suss out some lines if I can and I just like to watch and see what’s going on. I like to see what other people are doing and see what works, I just sort of check it out. It’s also super awesome having a teammate in another class, Kade [Mosig] has been around for a long time and it’s awesome having a 450 rider on the team. We’re able to share information and he’s done the testing on the bikes, he knows what works and that has been really good this year. We don’t really ask each other too much, but if there’s something I want to know, I’ll definitely ask and if there’s something to look out for I’ll definitely let him know.