Take one look at our This Weekend feature and you’ll see that it’s one of the busiest rounds on the racing calendar. With the Motul MX Nationals and Yamaha Australian Off-Road Championship on locally, abroad there is Monster Energy AMA Supercross, MXGP, and EnduroGP.

While much of our focus is set upon the nationals – the core of what MotoOnline.com.au covers – we’ll also be tracking the progress of the international series as we do. And when you consider the stack of Aussies among those world championships, it’s an important weekend.

Spence will go into more detail below regarding the Appin round of the MX Nationals, so I’ll quickly touch upon the AORC opener in Victoria. It was originally scheduled to be rounds three and four, but due to the postponement of Dungog, Rawson marks rounds one and two, which will be interesting to see. 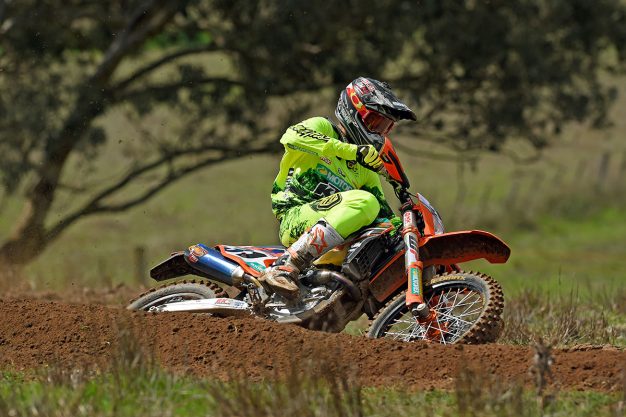 With last year’s champion Daniel Sanders over in Europe full-time and many other changes taking place during the off-season, we’ll see an entirely new dynamic from round one. KTM’s factory team is all-new with Daniel Milner returning home alongside Lyndon Snodgrass, now managed by Glenn Kearney. Over at Husqvarna, Lachlan Stanford is joined by Broc Grabham for this season.

CDR Yamaha has exited the AORC altogether, however Yamaha still has a factory effort in the Active8 duo of Josh Green and Beau Ralston, plus the DSR Motul Pirelli Sherco team also enjoys considerable manufacturer support. Plus, don’t discount last year’s E1 title-winner Jack Simpson aboard his satellite KTM. It’s shaping up to be a great series. Here’s Spence with more…

It’s time for round two of the Motul MX Nationals! This weekend’s event in Appin marks a home round myself personally and the entire MotoOnline.com.au team in fact. It will be nice to hope out of my own bed on the morning of the event to head to the track in my own car, something we definitely don’t get to do often during the season.

The travel aspect of racing definitely is something that most would overlook and it’s really a huge deal. Even as a media guy, heading to the airport, waiting around, boarding flights, claiming baggage, picking up rental cars, checking into hotels, it takes a toll.

I’m busy on race day running around the facility shooting video, but I’m definitely not out there racing at the highest level, so for these guys it must be super-tough. A home round as a racer really does have a tonne of advantages, it’s not just the familiar surroundings or additional fans, you really will enter the round feeling a whole lot better than your competitors.

For example, riders such as Dylan Wills and Luke Clout will roll out of bed on Sunday morning and drive to the track feeling comfortable and fresh. But Dean Ferris for example will have stayed in a hotel and he’ll head to the track in a rental car. Sure, he’s done it a million times, but nothing beats the home comforts. Any advantage these guys can get is vital, so let’s see if the home advantage works for any of the locals this weekend! 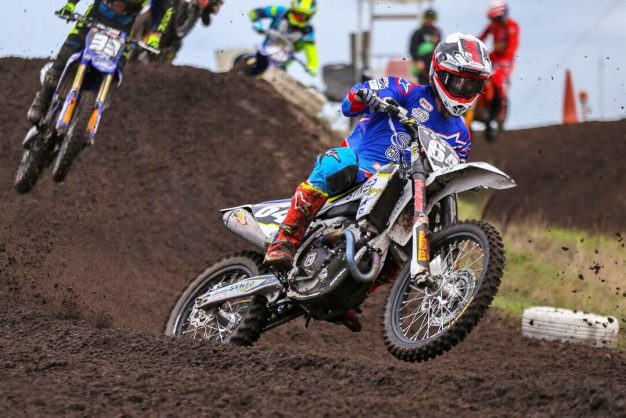 I checked in with multiple riders this week and one of them was Wilson Todd. The DPH Motorsport Yamaha newcomer currently holds the MX2 series lead and he’s quite comfortable in that position. But what was interesting was aside from maintaining the series lead, he’s focusing on what the MX1 riders are doing and trying to match his times to the big boys. Todd studies the MX1 race times and aims to beat as many riders as possible.

For example, in his 30-minute moto he will check an overall race time and see where he fits in. Currently he’s just outside of the top three on the time sheets, which is quite impressive and also interesting. Obviously the track conditions are different and these are two entirely separate races, but it’s a unique insight and something that he says he’s working on between rounds to lift his game.