Q&A: MXN one round in

Questions answered prior to Appin's second round.

Following the opening round of the 2017 Motul MX Nationals at Wonthaggi there’s definitely a lot of questions to be answered across the board as the series rolls on. We saw action-packed motos in MX1, MX2 and MXD throughout the day and as always there was success and disappointment spread through the field of championship hopefuls. In this latest edition of Q&A, MotoOnline.com.au takes a look at some of the burning questions yet to be answered as the series gears up for it’s second round at Appin in New South Wales this weekend. 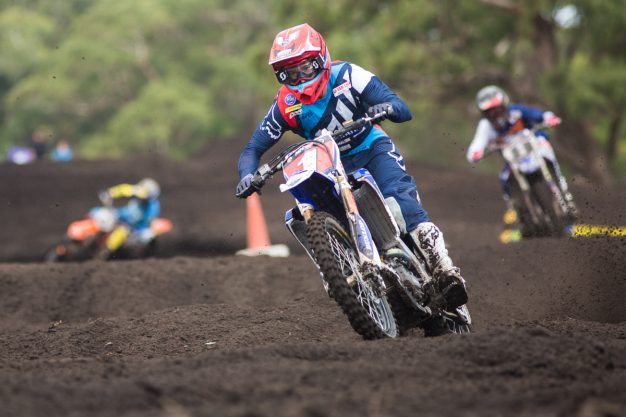 A: On paper Kyle Peters doesn’t look like he was anywhere near Dean Ferris at the season-opener in Wonthaggi, but if you were there watching the opening MX1 moto, you would know that’s definitely not the case. The Wilson Coolair Motul Suzuki rider led the defending champion for almost the entire first moto before a mechanical issue forced him out of the lead and almost out of the top 10. Peters dealt with additional issues in moto two and was unable to make his way to the front, in the meantime Ferris went on to claim the moto win for a perfect 1-1 sweep. This isn’t to say that riders such as Kade Mosig, Kirk Gibbs and Todd Waters, for example, are not threats, but at this stage in the year the American rider is the only guy to have led the CDR Yamaha rider for almost 30 minutes.

Q: How will Brett Metcalfe respond following his Wonthaggi disaster?

A: Brett Metcalfe has been there and done it, he’s had success and disappointment in his career and surely knows how to deal with it by now. Wonthaggi was certainly not one of his finest showings in terms of results and you can guarantee that’s not how the SD3 Husqvarna rider expected his season-opener to go. Expect the South Australian to come out swinging at Appin this weekend because one thing is for certain that he has a tonne of pace, so he’ll be fired up and looking to put the number 24 at the front of the field. And let’s not forget, Metty did claim a moto win last year at Appin, so he’s clearly comfortable on that circuit and that can be a huge confidence booster for any rider.

Q: Will Luke Clout continue to climb the MX1 ladder?

A: Following a fifth on debut in the premier class, it’s clear that the Crankt Protein Honda Racing newcomer is comfortable aboard the 2017 CRF450R and definitely has the potential to do more in MX1. It’s a tough class and there’s certainly riders who are yet to put in their best performances to date, so will Clout continue to be a top five fixture at every round? That’s hard to say, but it’s definitely possible and there’s no doubt that he has the speed and talent to move further up the front as the series rolls on. 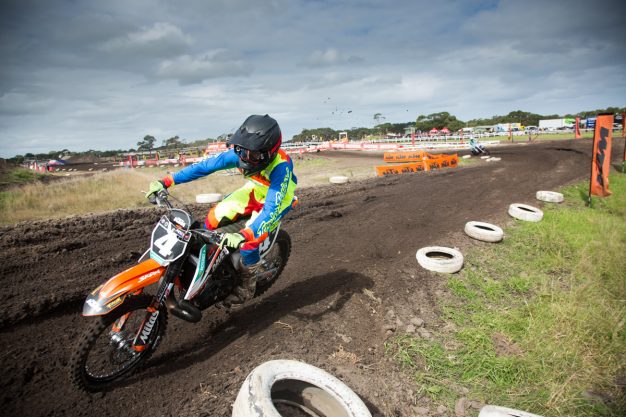 A: He definitely can, but he has to eliminate costly errors in order to do so. Moto one at Wonthaggi was a mess for the Davey Motorsport KTM rider, but we all saw in moto two just how strong he can be if he gets a good start and rides a clean moto. He’s up against some tough competition this season and he’s one of the few riders on a two-stroke, which can be an advantage and a disadvantage at times. Currently sitting second in points behind Wilson Todd, the Newcastle-based rider is in a strong position currently, so let’s see if he can pull it together as the rounds continue.

Q: Can Yamaha continue to sweep MX1, MX2 and MXD?

A: It’s possible, because the bLU cRU really do have a strong line-up of riders across the board in 2017. There’s multiple riders capable of winning currently aboard their blue bikes, you’ve got Dean Ferris and Kade Mosig (plus the injured Dylan Long) in MX1, Wilson Todd, Mitch Evans and Jackson Richardson in MX2 and the Yamalube Yamaha Racing combination of Cooper Pozniak and Cody Dyce in MXD. Sure, there’s a heap of possible winners on other brands, but Yamaha certainly have a tough roster of riders out on track and it will be hard to overcome these guys every week.

Q: Is the roll-off issue finally being laid to rest following a relatively successful introduction at round one?

A: It’s definitely still there and it will be there for quite some time, but the whole roll-off transition uproar appears to have calmed down at least on a national level. Sure, there were issues at round one with certain riders’ roll-off systems, but overall there was a whole lot less trouble than many expected. Clearly the racers would rather their old tear-off systems, it’s what they’re used to and as a whole a much more reliable and simple system, but change is inevitable in any sport and – at the moment anyway – it’s just the way it is.