Another week down here at MotoOnline.com.au, albeit a short one. We’re heading into the Easter long weekend and although we really don’t need the break, we’ll take it! We’ve been at it again this week chasing the latest news and compiling our regular features – overall it’s been quite productive that’s for sure.

It was nice to check in with Jay Marmont earlier this week for our latest Industry Insight interview, which you can click here to view. It’s good to see the multi-time champion and legend of Australian motocross in his new role as team manager at the KTM Motocross Racing Team. The guy knows a whole lot and will be a valuable asset to the team in 2017.

One interesting thing he did bring up was the fact that he can still ride the bike well and be a test rider for Kirk Gibbs and Luke Styke. I have personally seen Jay hop on the team’s 2017 KTM 450 SX-F to get a feel for things the riders were reporting back and it looked to work out quite well. It has to be cool for those guys to have a team manager who can go out there and probably match their pace at times and return vital feedback. 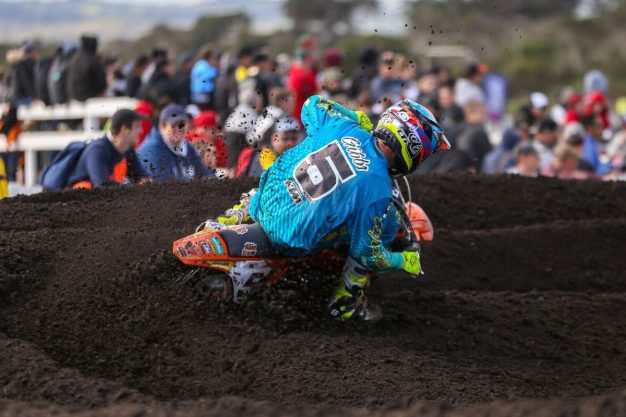 I also checked in with Motorcycling Australia CEO Peter Doyle to have a chat about the new roll-off regulation and how it went on debut at round one of the Motul MX Nationals. We personally didn’t see too many issues on the day and for the most part, in comparison to the pre-season uproar, everything was pretty subdued on race day. Doyle thought the same and from all reports things are going fairly smooth, obviously there’s still unhappy riders around the paddock, but it’s going better than expected.

It’s not ideal, and riders have become so familiar with tear-offs that it’s a tough change to make, but it’s something everyone has to deal with and it’s good to see riders copping it on the chin and getting on with things. I also spoke with Joel Ryan from Ficeda Accessories and he brought up one point that many riders should take into account.

Yes, you can’t control rocks hitting your roll-off canisters or having dirt jammed in the mechanism, things like that are out of your control. But you can be smart with the way you prepare and use your roll-off system. Take Dean Ferris for example, he sat behind Kyle Peters for almost 30-minutes in moto one at Wonthaggi and his roll-offs worked perfectly. They were prepared well and Dean had been instructed to use them correctly, which meant the defending champion had clear vision the whole time. If you time your usage of the system well and don’t go crazy with them, you will definitely reduce your chance of failure as there’s less film and dirt building up inside the canister. There’s a lot more to it, and I’m sure riders are aware of it, but it’s definitely something to keep in mind!

That’s all from this week anyway, try to avoid making yourself too sick with either chocolate or cold beverages this weekend, but most of all, enjoy yourselves and stay safe!