After a lengthy off-season, the day of reckoning – the opening round of the 2017 Motul MX Nationals – is almost upon us. In just 10 days’ time the contenders and pretenders will have started to be shuffled into order and we’ll be able to see exactly where everyone sits. Up to this point, though, we’ve been keeping a close eye on how the main MX1 players have been faring in races both here and abroad. Here’s how we reckon the MX1 title contenders are looking. 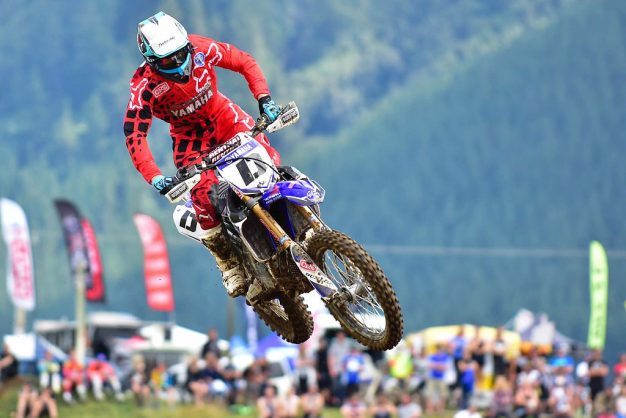 Rider: Dean Ferris
Rating: A
Rundown: For ours, CDR Yamaha’s defending champion Dean Ferris seems to be hitting his straps at the perfect time. He’s been racing the New Zealand nationals and, after losing points to four-time national champion Cody Cooper at the first couple of rounds, bounced back with a vengeance two weeks ago to claim a slender one-point lead heading into the final round this weekend. On Sunday Ferris also contested the Sunshine State motocross at Hervey Bay and took the overall from some main players, including his closest rivals Kirk Gibbs and Todd Waters by margins of between seven and 43 seconds.

Rider: Kirk Gibbs
Rating: B+
Rundown: The 2015 MX Nationals champion Kirk Gibbs will roll into the series opener at Wonthaggi with less weight on his shoulders. Not only does he not have the burden of a red plate gracing his KTM, but he’s coming off a lengthy injury and recovery from a busted femur late last year and will be looking to build as the championship rolls on. Still, Gibbsy’s had a decent pre-season and he raced the Mountain Man at Toowoomba and got stronger as the day progressed, beating the likes of MX1 rookie Luke Clout in the process. Last weekend, though, he couldn’t match the pace of Ferris and Todd Waters at the chopped-up Hervey Bay round and will know he has some work to do if he wants to throw the first punch at Wonthaggi. 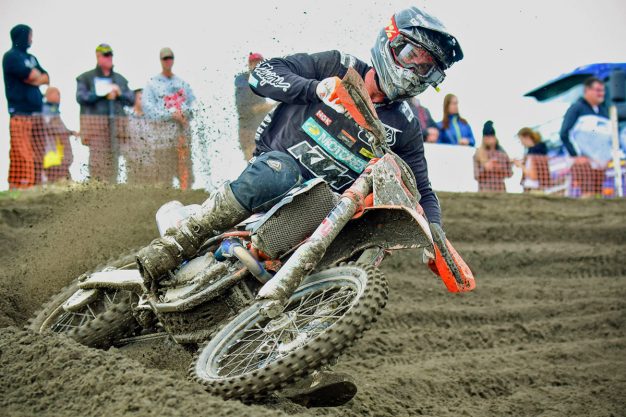 Rider: Luke Styke
Rating: B
Rundown: It’s been a long time since we’ve seen KTM Motocross Racing Team’s Luke Styke in action here, but if his results in the New Zealand championship is anything to go by, he could be a podium threat each and every weekend. He’s made no secret he’s using the series to feel his way back into racing after a year off with injury, but that didn’t stop him from grabbing a breakout race win in super-challenging conditions at Rotorua’s round two. He’s also lodged several top-three moto results, and with his good mate Jay Marmont now in his corner as race team manager, Styke could throw up all manner of surprises this year.

Rider: Todd Waters
Rating: A-
Rundown: Since skipping across to the Crankt Protein Honda Racing CRF450R for 2017, Todd Waters seems to be finding his form at the perfect time. The Queenslander won the prestigious Woodville Grand Prix and although he hasn’t managed to crack a race win during the New Zealand Motocross Nationals – Ferris and Cody Cooper have hogged the lion’s share of those honours – he’s almost always been right there ready to pounce on a mistake. The fact that he’s consistently finished second-fiddle to Ferris both across the ditch and at the Sunny State motocross round on Sunday will chafe worse than the Hervey Bay sand, meaning he’ll be out for redemption next weekend. 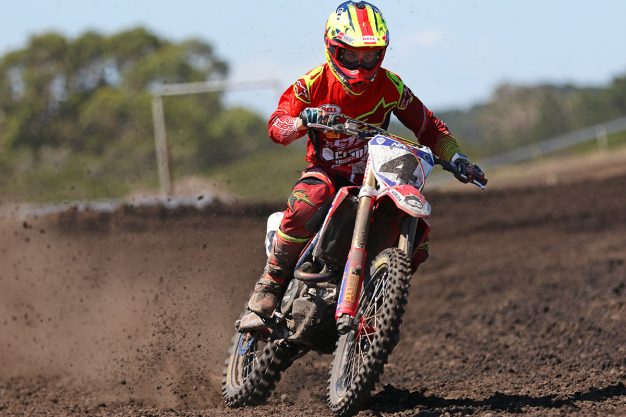 Rider: Luke Clout
Rating: B
Rundown: After racing in the US last year, Crankt Protein Honda Racing’s rookie MX1 racer Luke Clout returns to Australian soil knowing that a solid performance in his debut year could go a long way to jump-starting his international aspirations. The New South Welshman raced the Mountain Man motocross at Toowoomba and finished a solid second overall behind former champ Kirk Gibbs, but the big news was stealing Gibbsy’s thunder by winning the opening race by just half a second. It could be a shot in the arm for Clouty and will place him in a good mindset at Wonthaggi next weekend knowing he’s already toppled the former king and has enough raw speed to run at the front.

Rider: Kade Mosig
Rating: B+
Rundown: From all reports, DPH Motorsport Yamaha’s Kade Mosig is on an absolute tear right now. The Victorian jetted over for the third round of the New Zealand nationals and tore up the chocolate cake track to beat Waters, Ferris and Cooper in the opening race. A DNF in the second race put his podium hopes to the sword, but the confidence boost he’ll get from that win can’t be underestimated. Then last weekend Mosig casually smoked everyone at the Gippsland motocross round at Wonthaggi sending warning signals to his closest rivals that this year he means business.