I was fortunate enough to be on-deck at the Motul MX Nationals season launch earlier this week at Wonthaggi on Monday and it was a good chance to catch up with teams and riders in a low-key environment. Plus, as we do, grab a heap of good content that we will be able to utilise in the lead-up to round one.

The general gist was that the track was more hard-pack in comparison to when they raced there last, but that will likely change once again when its properly prepared for the national. Personally, I really like the venue, location and everything about the place, so it’s a welcome addition to this year’s schedule.

The reason I was actually down there in the first place was for the World Superbike weekend at Phillip Island, so naturally the choice was to delay our trip home and check out the launch. Quite a few others within the industry did as well, so it was a case of good timing by Williams Event Management (WEM).

Check our Countdown feature for more on the event, but there wasn’t too much to learn. Testing was the priority for most on the day, there wasn’t a case of pounding out motos or gauging pace at all, so the intrigue will continue into round one.

Before I hand this over, best of luck to the Aussies contesting the Indonesian grand prix this weekend – the series regulars and also the wildcards – and it’s unreal to see. Unfortunately, we broke the news on Thursday that Nato Crawford was injured while preparing over there, so his debut will almost certainly have to wait. Instead, he will now focus on the MX opener.

Crawford has been particularly quiet on the matter when quizzed and you really wouldn’t know what the deal is either way by looking at his social media channels, but we have been in contact with his team and, as of when we posted the article and still from what we have been told, there’s no plans to race. I’m not sure why they’re not really willing to clarify one way or another, but that’s just the way motocross is sometimes. Here’s Spence… 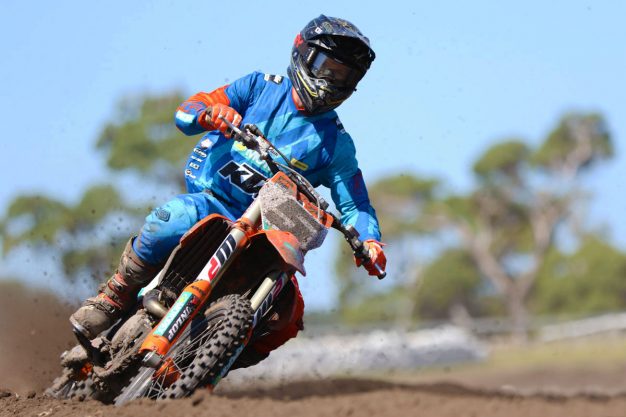 Another week down here at MotoOnline.com.au and once again we’ve covered a tonne of topics this week on the website. We’re really seeing the 2017 racing season gain momentum this weekend with a list of huge events happening around the world, which you can obviously check out in our This Weekend feature.

One event not mentioned in that feature is Oakdale Junior Motorcycle Club’s ‘Day 4 Dan’ fundraiser event set to be held this weekend on 5 March. If you aren’t already aware, Motul MX Nationals MX1 privateer Daniel McEntee was seriously injured around six weeks ago at Lake Macquarie in New South Wales. With substantial head injuries sustained, McEntee has a long recovery ahead of him and the bills will continue throughout this process.

McEntee is by far one of the most likeable and genuine guys in the sport of motocross and it’s great to see the community join forces in support of their fallen friend. I should also mention that at this point in time we’re dealing with some less than desirable weather in the Sydney area, but at this stage there has been no word on postponing the event.

The Day 4 Dan event will run in conjunction with a regular Oakdale club event, meaning there will be two rounds of racing for each class followed by a Day 4 Dan feature race eliminator and fundraiser. A huge raffle with a tonne of great prizes will be happening, and there’s also an auction with a long list of awesome items up for grabs.

You can get your hands on signed items from riders such as Austin Forkner, Cooper Webb, Shane McElrath, Dan Reardon, Jimmy Albertson, Hayden Mellross, and Luke Clout. There’s even signed skateboards up for auction from iconic skateboarders Tony Hawk and Steve Caballero! There’s so much more on offer at the event and it’s all for a good cause, so be sure to get involved and support a fellow rider in need of a helping hand.

For more information on the event you can click here to visit the Oakdale JMCC Facebook page where there’s a list of items on offer and entry information. Let’s hope this weather clears up and we can see a great day of racing and fundraising fun take place on Sunday! 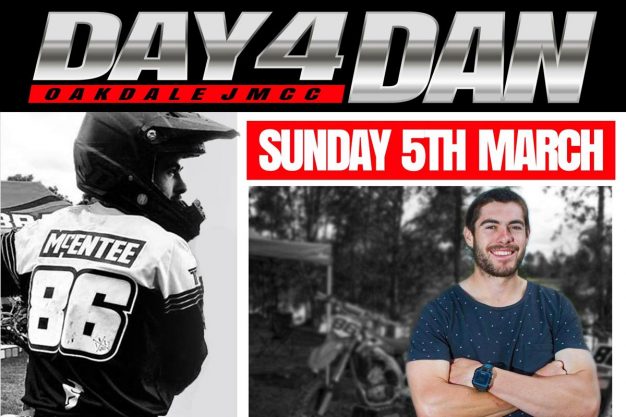 As Alex mentioned, late Thursday night it was unfortunate to learn that Nathan Crawford had been injured in preparation for his MX2 World Championship debut in Indonesia. The factory Kawasaki MX1 newcomer went down at a local private track and we’re hearing word of a possible arm injury, but details are scarce at this stage and we’re expecting to hear more in the coming days.

What does this mean for the young Queenslander’s 2017 season? We’re not sure, but he is expected to fly home today and if the injury is only minor as reported, then he may just be able to make it happen for round one. But this is all speculation at this stage and we’ll just have to wait and see, but it definitely could shake up his rookie season hopes.

Speaking of the upcoming season, the tear-off ban has obviously been a hot topic and there’s a fair few unhappy riders out there – basically every rider appears unhappy actually! We’ve seen social media blowing up over the decision and there’s even a Facebook Page going in a bid to revert the decision and well, I’m not sure exactly what will be announced, but I can confirm an announcement is coming soon from Motorcycling Australia regarding the issue.

Will it be a complete removal of the ban? It’s hard to say as I truly don’t know, but I have been informed this week that the powers that be are in talks and something will happen in regards to this latest rule change. As always, we’ll have the news right here on MotoOnline.com.au as soon as it breaks, so sit tight, stay tuned and let’s see where things go from here.