It’s one of the biggest weekends of the year in terms of motocross as the 2017 MXGP World Championship gets underway in Qatar, where all eyes from Australia will be on our MX2 rookies Hunter Lawrence, Caleb Ward and Jay Wilson in what’s shaping up to be a top-shelf season ion the world championship.

Naturally, as we have said before, Lawrence is stealing much of the local limelight in what will be his second season of International racing after making the move to Team Suzuki in his step to grands prix. We saw what he was capable of in the selected rounds of EMX250 that he lined up in last year and now we’re going to see just how good he is in MX2.

The way that Lawrence has risen through the ranks, essentially bypassing any form of senior racing in Australia, is extremely unique but so far it appears the be paying off. And the dedication from his family to pick up and head to Europe collectively for Hunter and younger brother Jett – also a factory Suzuki rider now – just shows how committed they are to making this work.

But don’t discount the likes of Ward and Wilson, because both have proven themselves at a domestic level locally and there’s been more than one occasion where we’ve been amazed by the sheer speed of Ward especially. If he can put it all together overseas and find comfort in the journey he’s on – a huge challenge in itself – then he is good enough to establish himself on the world stage.

Same goes with Wilson, who got a late opportunity with the JK Yamaha team after contesting Arenacross in the UK. We saw him charge to the 2015 MX Nationals MX2 crown and he’s on his preferred bike of the YZ250F, so again, as long as he is in an environment that enables him to bring his best at the races, he’s no doubt skilled enough to make an impact. Just don’t expect too much, too soon, considering he was racing in arenas last weekend. 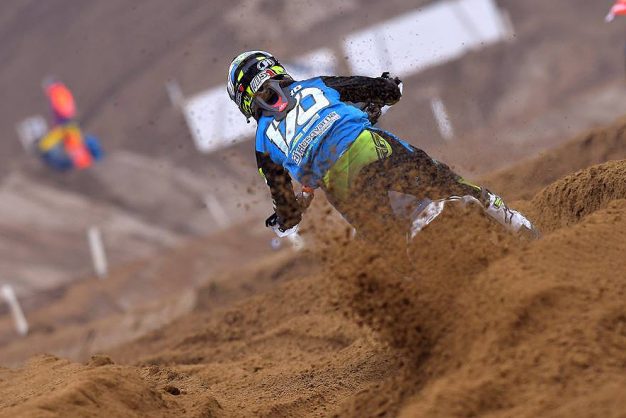 We’ll be watching and covering their progress as the year goes on and take our hats off to them for taking on the world championship. And you can’t help but be excited to see the likes of Gajser, Febvre, Herlings, Cairoli (who has been in supremely good form during the pre-season) and more do battle when the gates drop.

Locally, on Wednesday afternoon we received confirmation on Coolum’s return to the 2017 Motul MX Nationals finals this August. Personally, I’m stoked on the outcome because it is the event of the year in terms of the outdoors and I’m glad a resolution was able to be met between Williams Event Management (WEM) and the Suncoast Junior Motorcycle Club (SJMC). By the looks of social media, fans of the sport are also pumped.

One more thing before I pass this over to Spence, next weekend is the New Holland SuperEnduro-X, presented by Monster Energy, at Clipsal 500 Adelaide, so if you’re in town – or even prepared to travel – then it’s worth a look at the Supercars opener. There’s an stacked list of international talent in the field and this year there’s an added supercross element, so check it out! Here’s Spence…

Things really are starting to heat up as the year rolls on as we see additional events joining the calendar more regularly. This weekend we’re seeing the MXGP World Championship get underway in Qatar and that’s definitely an exciting addition to the racing schedule worldwide. It’s super-cool to have three riders lining up in the MX2 category as rookies in the class, it really adds even more excitement to the series for us Australians!

Domestically we’re also coming up on the official Motul MX Nationals series launch in the coming days, which MotoOnline.com.au will be attending in Wonthaggi, the site of the 2 April season opener. This will be an interesting event as it’s the first time that the top riders will all converge on the same circuit in quite some time to gauge exactly where they’re at. Obviously that’s not the purpose of this launch, but we all know these guys will have the stopwatch out and the season really does start right there.

These types of events can be good and bad for riders, because on one hand it could be a huge mental benefit if you come out and absolutely smoke everyone on the day. Obviously some riders still may not have their bike completely sorted, but it’s close enough to round one to give a rider a bit of a mental edge that’s for sure. And with riders taking advantages mentally, there will obviously be riders who leave Wonthaggi wondering what they need to do in order to pick up their pace – it’s a big deal really.

Not only is it a big deal for riders in terms of stamping their authority before the season even starts, but it’s a big deal in terms of testing. These guys will be compiling as much data as they can during the event to ensure they have their 2017 rides dialled ahead of the opener. I know for a fact that Jay Foreman and the Crankt Protein Honda Racing team will spend multiple days at the circuit to really fine-tune their all-new 2017 Honda CRF450R after speaking with him earlier this week. In terms of the factory Honda squad, there’s an interesting dynamic going on there with the revised outfit for 2017. You’ve got Todd Waters who has quite a long history with team manager Foreman and plenty of MX1 experience, and then you have Luke Clout joining the squad who is a rookie in the class and is yet to work alongside Foreman at a professional level. But it all seems to be flowing very well and the arrangement between the riders in terms of pre-season testing looks to be one they’re all happy with.

With Waters taking on much of the pre-season development with the new model, Clout has been left to put in the laps and basically just log bike time aboard the 450 machine. Once Waters and Foreman have developed solid settings, they will then filter that down to Clout and focus more on his program as the season opener looms near. Some may say that’s unfair to Clout, but Waters is the rider with the 450 experience and in my eyes it definitely makes sense to have him first work on developing the model domestically.

Although Waters has been the guy with the most development under his belt, it wouldn’t surprise me if Clout came out and logged some seriously fast times at the launch. Blistering sprint pace is something the 2014 MX2 champion is known for and I wouldn’t put it past him to come out swinging and show these guys that he means business in the MX1 category. It’s going to be quite an exciting season overall and I personally can’t wait to see who has their 2017 program in order following the launch!