Recalling the reigning world champion's run to the title.

Entering the 2016 MXGP World Championship season, Tim Gajser was definitely a well-known name making his way into the premier class ranks off the back of the 2015 MX2 title in his third season in the class. But was Gajser expected to claim the season opening victory in Qatar and go on to clinch the MXGP title in his rookie season? With a stacked field of riders, including eight-time world champion Antonio Cairoli and defending champion Romain Febvre, Gajser wasn’t exactly coming in with an enormous amount of hype surrounding him.

It’s expected that a rookie in the premier class will take time to familiarise themselves with the class, the pace, the strength of the riders, and an average result is quite normal as these riders find their feet in the class. The 19-year-old did the complete opposite aboard his Gariboldi Honda entry, he came out swinging at round one sweeping both motos and making his presence known in the MXGP category. It was at that point very clear that Gajser had his sights set on replicating Febvre’s 2015 championship-winning rookie season in the class. 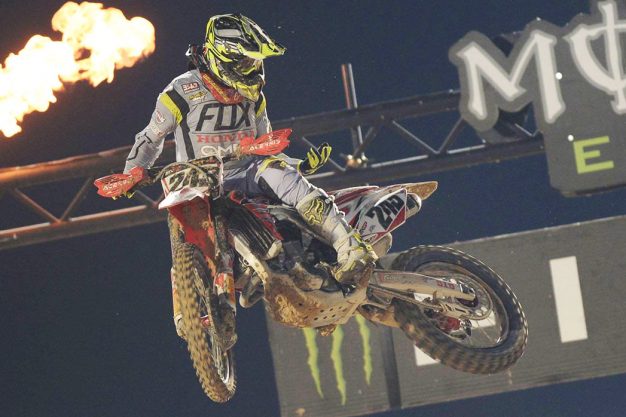 Gajser’s impressive MXGP start may have surprised fans and media alike, but when it came to contenders such as Cairoli, it was expected that the reigning MX2 champion would be strong following pre-season hit outs: “It is not a surprise,” said Cairoli. “In the pre-season races he was already showing some speed and we only had to see if he had the ‘head’ to do the job, but he is also a world champion so he knows how to lead and handle the pressure.”

The Slovenian star went on to put together a thoroughly impressive championship campaign amassing seven grand prix victories, nine top five finishes and just one finish outside of the top five at Assen in the Netherlands due to a mechanical DNF following a crash in moto two. Finishing 18th overall in Assen, and thanks to a healthy points lead over Cairoli at that stage of the season, Gajser was able to continue on his quest for world championship glory in what was a very consistent season aside from one large mistake at round 16. Gajser would go on the clinch his first MXGP World Championship title at the following American grand prix in Charlotte, one round before the Glen Helen season finale. In doing so, Gajser not only achieved greatness in his premier class rookie season, but he also joined the record books as the second rider in history to win back-to-back titles in the MX2 and MXGP categories. The first rider to do so? South Africa’s Greg Albertyn, back in the two-stroke era, won the 125cc title in 1992 and went on to capture the 250cc title in 1993.

Now heading into the 2017 following a hot streak during the past two seasons, Gajser will receive factory Honda HRC backing as his Honda Gariboldi Racing squad takes on the manufacturer’s works 450cc program as the new Team HRC outfit in the MXGP World Championship. Aboard the all new 2016 Honda CRF450RW, Gajser will ride alongside returning Team HRC MXGP rider Evgeny Bobryshev out of Russia as he attempts to successfully defend his maiden premier class crown. With the series set to kick off this weekend in Qatar where he claimed his first-ever win in the class, can he return to do it again? Let’s sit back and find out.