That caps off another regular week of content here in MotoOnline.com.au and it was another typically big one, loaded with breaking news, some quality relevant features and a fair share of viral-type content that fans always appreciate.

Of course, some of the more topical articles were the updates on Motorcycling Australia’s (MA) helmet camera ban, which resulted in all kinds of discussion on social media. Mostly, people are fuming at the decision and definitely voicing that.

It’s a complicated matter and, I suspect, one that largely comes down to liability as MA has declared safety as the major factor in the ban. Many in the know, who have been paying attention to minutes from the commission meetings, saw this coming and it actually came into effect at the beginning of January, however MA’s clarification is what really brought it to light for good reason.

What’s our stance? We can understand the disappointment, no doubt, but we honestly haven’t often used footage from helmet cameras unless it was otherwise posted on YouTube by the action camera companies or promoters themselves. The thing is, since we’re so used to seeing selected top American and grand prix riders using helmet-mounted cameras at FIM events, it’s a puzzling final ruling for so many.

People have long enjoyed the aspect that on-board cameras provide, whether it’s been mounted on the bike or, more often these days, on helmets thanks to the incredible tech of GoPros and the like. That extends into watching themselves ride or showing their friends/families on occasion. It’s believed that further advancements will be made in the way they’re attached to bikes, but it will be interesting to see how this whole saga plays out, especially at the local level. 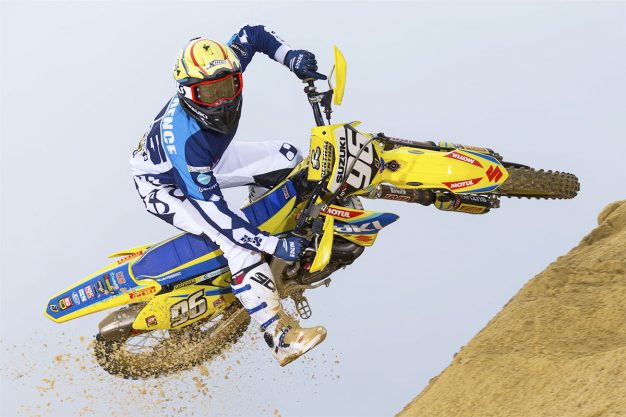 Aside from that though, there has been so much news we’ve been across and it’s been really enjoyable to carry out. It feels like we’re forever ‘bugging’ all kinds of riders and personnel in the sport for info, but for the most part they understand where we’re coming from and that it’s usually to their benefit. We appreciate their time, nonetheless!

One of the news items detailed the plans of Australian trio Kyle Webster, Aaron Tanti and Nathan Crawford to enter the MXGP round in Indonesia at the beginning of next month, within the MX2 ranks, and that will be particularly notable in the lead-up to the Motul MX Nationals. For Crawford, as he prepares to ride a 450 domestically, it comes from left-field, that is for sure.

I personally can’t wait to see Hunter Lawrence hit the track in the entire MX2 World Championship, because I – like many – am of the opinion that he’s Australia’s next ‘big thing’ internationally. Potentially even a world champion sooner, rather than later. Every so often there’s something that stands out within a rider and Lawrence his it. Not far behind him, younger brother and Team Suzuki teammate Jett also appears to as well.

Not taking anything whatsoever away from the likes of fellow MX2 GP full-timers Caleb Ward and Jay Wilson, who will also be fantastic to watch this season and have significant potential, but the fact that Lawrence has scored a full-factory deal at just 17 in his rookie season is something else. To race under Stefan Everts is also a huge deal and we’re beginning to see the signs of it paying off already! Here’s Spence with more…

It has been another solid week here at MotoOnline.com.au, as always we’ve been checking in with a tonne of riders and industry personnel to keep our finger on the pulse at all times. This week I spoke with a lot of riders, and if one in particular stood out it was Jack Simpson. We hadn’t heard a whole lot from the 2016 Australian Off-Road Championship E1 title-winner, so we decided to see what he had in store for 2017.

It turns out the Victorian will continue with a largely-unchanged program for 2017, unable to land a factory seat following his stellar rookie season in off-road. Simpson, obviously disappointed, made it clear that things just didn’t work out the way he had hoped, but it wasn’t from a lack of trying. With his preferred squad being factory KTM, it was impossible for him to make the move up with Daniel Milner and Lyndon Snodgrass already occupying those positions.

Speaking with Glenn Kearney, new team manager at the KTM Enduro Racing Team, it was clear that the former professional racer wanted to help Simpson, but his hands were tied at this stage. It will be a case of Simpson sticking it out for 2017 with support from KTM and various sponsors, and from the sounds of things he will then get his shot at a factory seat if all goes well. But as I said, that’s just the vibe I’m getting from this whole situation. 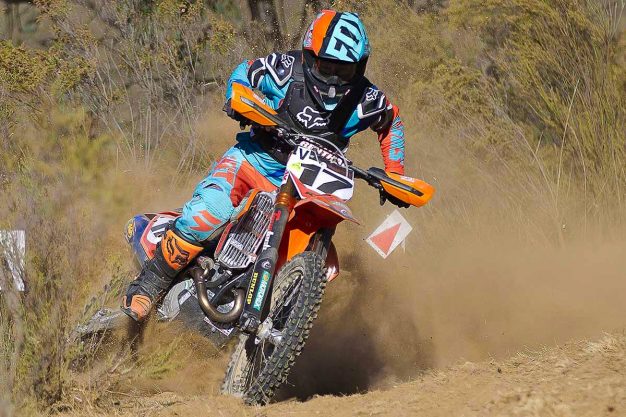 Just this morning I was also able to chat with Hayden Mellross about his return to the Monster Energy AMA Supercross Championship. The young Aussie has had a bad run of luck this season in the West Coast 250SX series, but as always, he’s remaining positive and upbeat about the situation. It’s amazing just how well Mellross handles the tough aspects of the sport, for example, his 2016 AUS-X Open disaster – that was heavy.

We’re stoked to see him getting back behind the gate after dealing with a hand injury for the past two rounds, it’s always awesome to see Australians getting TV time and making a name for themselves. It’s only a matter of time before Mellross gets a run of good luck and everything falls into place, the guy is super talented and deserves to notch up some strong results.

That’s all from me this week, and as you would already know from both the real Tim Bailey and every other Tim Bailey on social media, it’s warm, and will be warmer this weekend. So if you’re out riding, be smart, be aware that it’s severely warm and approach your day of riding accordingly. Most of all though, enjoy yourself!