The Point: Rebound of Reed

It has been one of the hottest topics this week, Chad Reed’s impressive 450SX main event performance at round four of the 2017 Monster Energy AMA Supercross Championship in Phoenix, Arizona. In a season turnaround of sorts, the factory Yamaha rider charged through the field, passing defending multi-time champion Ryan Dungey in the process, to claim a strong second place finish and his first podium since Atlanta’s round eight in 2016. It may not have been a win, but for Reed fans, fellow contenders and the entire motocross industry, it was a sign that the gritty Australian was returning to dangerous form. In this edition of The Point, MotoOnline.con.au checked in with a selection of Australian racers to hear their take on the awesome ride from Australia’s greatest export. 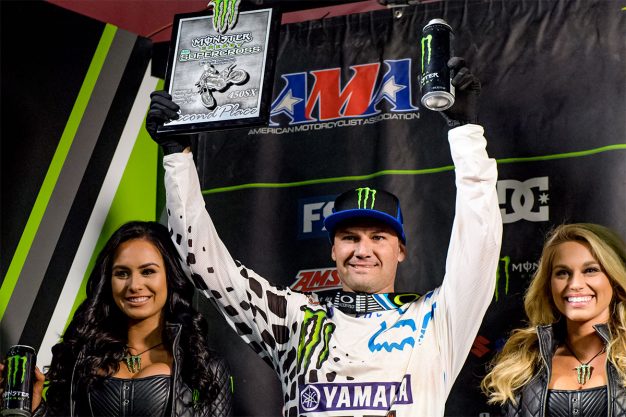 Kade Mosig (DPH Motorsport Yamaha):
I thought it was really, really awesome to see. You can never count Chad out, I still knew he had it in him, just watching him ride that Yamaha he looks really comfortable and at one with it. I guess it was only a matter of time before it all clicked for it, and far out, it was so insane to watch and it had me on the edge of my seat the whole time. I know I’m just watching it on a TV screen, but to see the pace they’re going and how much they’re hanging it out, that’s pretty awesome to see. To be honest, it’s hard to know what you’re going to get with Chad sometimes, but I think obviously the lead-up he had and the way he rode in Sydney, I thought he could always still do it. I understand he’s getting a little older, but at the same time he’s getting a little wiser too, so you can never count him out.

Nathan Crawford (Kawasaki):
I think he went 20th, ninth, seventh and then second, so he was obviously improving his results every time, but for him to come out and do that, I mean, sure people can say they’re surprised and all of that, but Chad’s obviously the best we’ve got in motocross and supercross right now. He’s 34-years-old now and a true gladiator you could say, he’s just soldiering on and showing the top riders in the world right now that he can still do it. I think personally now that he has a lot more confidence after that podium, for sure he should be able to keep getting himself up there at the pointy-end of the field.

Luke Wilson (Wilson Coolair Motul Suzuki):
It was sick, it was good to see. I’ve been interested to see how he was going to go this year, people had been talking to me and asking how I thought he would go. I said a few times that you might see him on the podium by the end of it, but he’s come around and done it pretty quick, so it will be good to see what he can do for the rest of the season. Once he gets the ball rolling he just seems to keep on going, so I’m interested to see how the rest of the season is going to go for him. 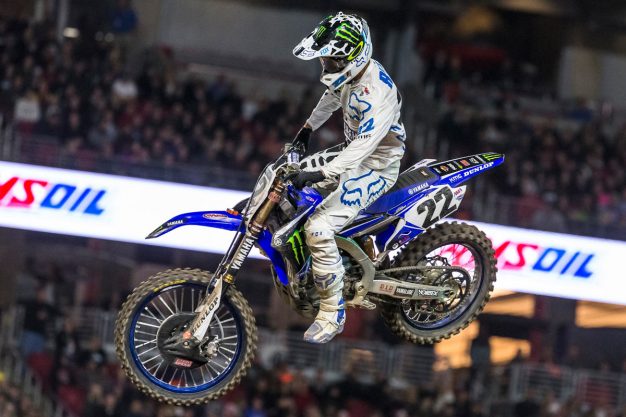 Jackson Richardson (Serco Yamaha):
It was definitely good to see, because after watching him at AUS-X Open, he was looking good. He struggled at the first couple rounds and then all of the sudden he just came out and passed Dungey and had a good ride, hopefully it’s a sign of what’s to come. Usually he gets a good one on and then he starts getting a bit of a roll on, so hopefully he can keep that momentum going. It’s good to see him back up there battling for podiums and wins. I can’t pin-point what he has changed, but whatever he has done, it’s definitely working for him and hopefully he can keep that balling rolling and we’ll see more of it.

Todd Waters (Crankt Protein Honda Racing):
It was sick, but that’s just Chad all over. He knows how to win, he’s just a winning dude, a top guy. He can be down in a bit of a rut, and then just pull out and start killing it, he’s done it his whole career pretty much. It’s good to see him starting to build on it and in the past he’s kept it going, so I think it might be a turn around for his championship. He’s got good people around him, and he changed to Yamaha the year before, so it was a new team and everything. Right now he probably has the right people around him and he’s feeling comfortable and confident, that’s what it takes.

Jesse Dobson:
It was solid, he rode awesome and he made quick work of both Dungey and Seely. He just rode a solid 20 minutes and he’s definitely made a big improvement from the opening rounds, for sure. Whether it was bike adjustments or him just getting in the right frame of mind, I think he definitely showed what he’s capable of and if he does that in more of these races there’s no reason why he can’t be at the top of the podium.