Popular Queenslander on a selection of topics.

It’s been quite the challenging year for Queensland’s Wade Hunter after enduring a difficult Motul MX Nationals campaign, and despite recording his best results during the Australian Supercross Championship, his season came to a halt at Melbourne’s fourth round following a severely broken foot. MotoOnline.com.au recently caught up with the former Serco Yamaha rider for this week’s Five Questions Why interview. 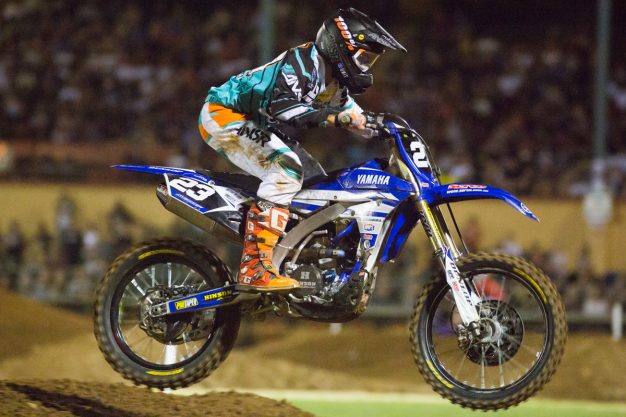 Why didn’t you reach expectations during the Motul MX Nationals this year?

A couple of different reasons I think, I was feeling really good at the start of the year and I was riding really good at all the pre races I did. I had a pretty good head knock on the first lap of the first race at round one. I just kept hitting my head during the year – I’ve had four concussions this year, and I’ve only ever had one concussion before this year in my whole life. It just knocked me around a little bit, after crashing and crashing, I just wanted to stay on so I would ride tight. As the year dragged on, it got worse and worse, and my results, I kept settling for less and less. It was hard to stay motivated really – I wasn’t motivated to go the track and I was struggling really. Mainly, I think it was hitting my head and a few others things, but I think that’s the main reason that kept me down. The momentum came to a stop at round one, and it didn’t really come back at all until the break and supercross.

Why do you excel at supercross more so than motocross?

I like supercross because it feels really natural to me – I don’t feel stiff on a supercross track at all and I don’t get scared of jumps – I love jumping new stuff. Another thing that I think plays into it is that during motorcross we ride the same two tracks twice week all year – they’re beat and not fun to ride. We’re out grinding on these tracks that are below average, and you just get sick of it – it’s so repetitive. Even though in supercross I pretty much rode the same track everyday, I just enjoy it a lot more. You can water it by hand, and I don’t know, I grew up racing BMX so I just prefer it.

Why won’t you be returning with Serco Yamaha in 2017? 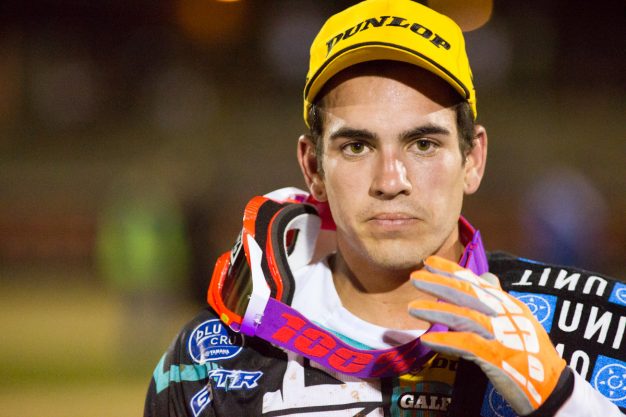 Why haven’t you stepped up to the premier MX1 category in your career?

There just hasn’t really been an opportunity. I love riding a 450, I think I ride a 450 a lot better – I don’t like revving the bike or over riding it, which you kind of have to do on a 250. Obviously I don’t have an uncle or aunty paying my bills, so I need to work and ride like every other year – obviously this year was the first year that I got to ride without working, and I only had the option for a 250 ride. That’s all it is, it’s not a preference or anything like that. I would’ve loved to ride a 450, but that’s just what I had to do to race.

Why can we expect you to return to racing in 2017?

I don’t think I will return in 2017, not for motocross anyway. I can’t really justify the money and even time – it takes a lot to train to be a top level motocross rider – you can’t have a fulltime job. I don’t have a ride that’s going to pay me enough to train fulltime, so it’s too hard to find a job – I’ve done it in the past, but it’s just too hard to find a job where you can work two or three days a week. You never know, you might have two days off but you can’t ride because there aren’t any tracks open. So I won’t be doing the MX Nationals, but I will do supercross. It’s so much easier for me, and I can actually make some decent money going to supercross, and it doesn’t cost much to enter and stuff like that. I’ll just find a job and work for most of the year, maybe I’ll get a bike and do a few local races, stadium-x’s and then I’ll do supercross.