A four-year ban is the sanction imposed on Jake Moss by Australian Sports Anti-doping Authority (ASADA), officially announced this week, after testing positive to Ostarine (Class S.1.2 Other Anabolic Agents) on 22 May at Murray Bridge in South Australia during round four of the 2016 Motul MX Nationals.

As a record-breaking amount of traffic read in our news story on Tuesday, Moss won’t be eligible to take part in the sport again until 15 July 2020, although he did announce his retirement in August after missing a number of Motul MX Nationals rounds. In speaking to him briefly this week, he has no plans to come back regardless of his punishment.

The announcement from Motorcycling Australia (MA), as expected, sent shock-waves through social media as well, with many questioning the severity of his penalty – for a motocrosser, four years can be almost half a professional career for most. It’s virtually impossible to bounce back from at 28 years of age.

When it comes to ASADA, violating anti-doping policies is not and will not be taken lightly. There are two other athletes (a wrestler and triathlete) currently sanctioned in relation to Ostarine – all testing positive in 2016 and receiving four-year bans from their respective sports.

Moss is a highly-credentialed and well-known motocross racer, not just here in Australia, but also internationally. He’s one of few who have finished inside the top three in the premier class of Pro Motocross and his career would probably have reached even greater heights if it weren’t for injuries. Its a shame to see him go out like this, but it’s also ideal to see anti-doping being enforced.

Which leads us to twin brother and multiple national champion Matt Moss, who MA has also confirmed tested positive to Ostarine, but we won’t know the extent of his sanction, if any. Unlike Jake, it appears Matt does want to continue his career and is putting up more of a challenge to try and get back on track. Will it happen? No idea, as nobody from that camp is saying anything, although he was spectating at AUS-X Open.

It’s been a topical time in the sport and has made headlines worldwide, so whatever the case, it will be nice when we have an outcome of sorts and can move forward once and for all. That’s it from me for this week, here’s Spence… 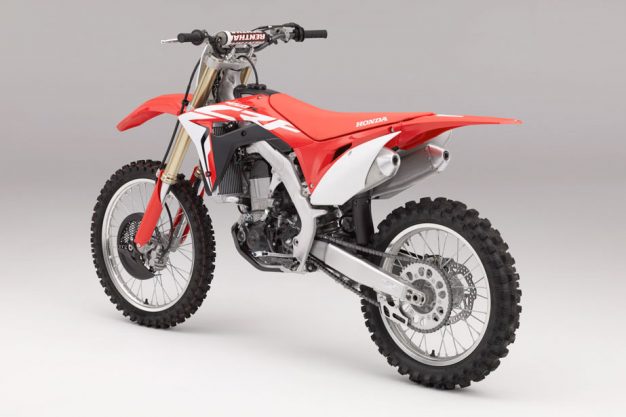 It’s been a rather large week for me on the production side of things with Foremost Media, as we’re working on a new project, which is set to be launched very soon. When I’m deep into a project like this, I’m fairly light on website content as both Alex and Jeremy work together to fill that void, which is awesome for me. It allows me to completely focus on the task at hand and ensure we nail our deadlines we have set for ourselves.

Although the year is almost over, we’re still as busy as ever, and we’ve got yet another exciting event locked in for next Wednesday, can you guess what it is? If you guessed that we’ll be riding the 2017 Honda CRF450R, then you are correct! It’s the most highly-anticipated 2017 motocross model, no doubt about it, and personally I can’t wait to swing a leg over the bike.

We’ve seen the bike being ridden and reviewed in the US, and all reports are looking positive to date. For me, I was already a fan of the previous model as it turned really well, handled great and although the engine was a lot more mellow than its competitors, I quite liked it. I can only imagine the all-new 2017 edition will still hold similar Honda characteristics, just enhanced to the next level.

Well, that’s what we’re hoping for, and I’m fairly confident that’s what will be delivered on 14 December. The 2017 Honda CRF450R launch is set to be our final event for the year, I’m yet to count all of the events we have attended this season, but we sure have been all over the place! But as I said, we’re not done yet, so be sure to stay tuned for continued quality content! That’s all from me this week, here’s Jeremy… 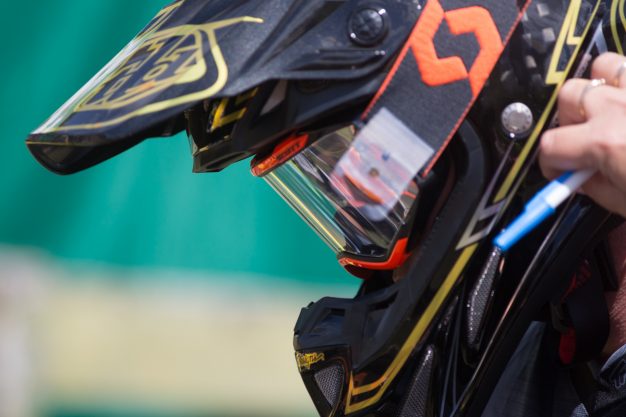 As the year comes to a close, it’s becoming increasingly harder to produce content to the same extent that we would throughout the season. It’s been quite the challenge in the last couple of weeks, but we’re still charging hard to ensure we deliver unique and interesting content on a daily basis.

You would’ve heard it by now, but Motorcycling Australia are implementing a ban on tear-offs from 2017 onwards. It’s been quite a controversial decision, with a significant amount of racers in uproar about the changes. MA released a statement earlier this week addressing the ban, however I don’t think it’s convinced the bulk of the motorcycling community.

Personally, I’m on the fence with this one as I’m not too sure whether I’m in favour or not. It’s a move that has been thrown around for a few years now, and we’ve always known it was coming at some point in time. It will be interesting to see how things pan out in the new year, as there are obviously benefits and downfalls with running roll-off systems.

There are a few riders who use roll-offs regardless of the conditions, and I remember chatting with Kade Mosig earlier in the year for a feature, and he mentioned he doesn’t mind what he uses, as he mixes it up between tear-offs and roll-offs. Current Motul MX Nationals champion is also another rider we have regularly spotted with a roll-off system fitted, so it’s not as uncommon on a national level as some people might think.