Australian and international title achievements on the radar.

2016 was full of incredible results throughout the many variations of off-road motorcycle sport, both domestically and internationally. As the year begins to come to a close, MotoOnline.com.au looks back at 2016 and highlights our standout results for this week’s Top 10 feature. 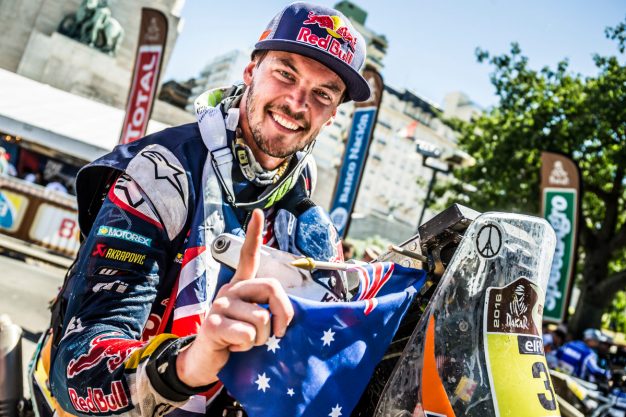 1. Toby Price (Dakar Rally champion):
Ranking in at number one, Toby Price’s remarkable Dakar Rally victory tops the chart for standout results in 2016. The event is regarded as one of the toughest motorcycle races in the world, and to claim the win in just his second attempt makes Price’s victory even more incredible. The win has seen his fame soar to new heights, and a recently launched documentary of himself from Red Bull is proof of that.

2. Dean Ferris (MX Nationals MX1 champion):
With the Motul MX Nationals being a primary focus for MotoOnline.com.au, Dean Ferris’ Australian MX1 title comes in at number two. The New South Welshman had a horrific crash at Wanneroo’s fifth round, however he was able to bounce back in a newly-found form for the second half of the series. When it came down to the final moto, Ferris had control of the championship for the first time since round four and went onto claim the title.

3. Ryan Dungey (AMA/World 450SX champion):
With a round to spare, Red Bull KTM Factory Racing’s Ryan Dungey was crowned the Monster Energy AMA/FIM Supercross world champion for the second-consecutive year. The now three-time champion implemented the usual consistency he is known for and recorded nine main event victories in the 16-round series.

4. Ken Roczen (Pro Motocross 450MX champion):
Narrowly missing our top three, Ken Roczen’s incredible form in the Lucas Oil Pro Motocross Championship comes in at fourth. Like Dungey in supercross, Roczen was awarded the title with a round to spare. Out of 12 rounds, the German found himself atop of the podium nine times, indicating his dominance in the highly-regarded championship.

5. Tim Gajser (MXGP world champion):
Rounding out the top five is Tim Gajser after wrapping up the FIM World Motocross Championship in just his rookie year. The championship marks back-to-back world titles for the 20-year-old in two different categories, and to win the premier class at his youthful age adds to the remarkable year that the Slovakian has had. 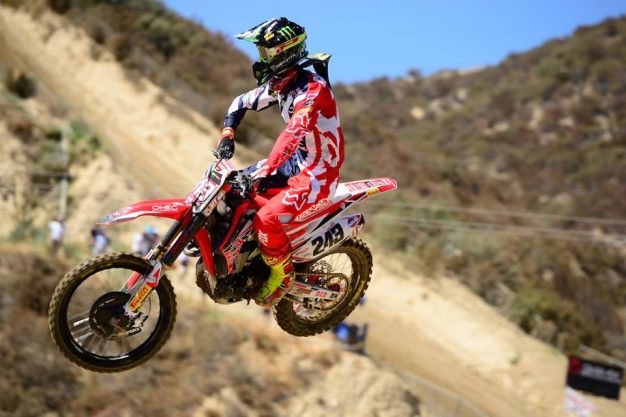 6. Matt Phillips (EnduroGP champion):
With a revised format and rebranded world championship, Tasmanian Matt Phillips became the first EnduroGP champion this year. After many questioned his move from the prestigious KTM Factory Racing Team to Sherco in 2016, it was a sweet way to not only prove those people wrong, but to also award the French manufacturer its first world title.

7. Jed Beaton (Australian MX2 champion):
It was a hotly-contested fight for the Australian MX2 title this year with Jed Beaton, Caleb Ward and Nathan Crawford in the mix. Crawford controlled the championship into the final round, however a practice crash in the lead-up forced him to withdraw. With the title on the line between Beaton and Ward, the then Yamaha-backed Beaton excelled under immense pressure to capture his first professional championship.

8. Justin Brayton (AUS Supercross SX1 champion):
Tipped as the favourite, American Justin Brayton delivered on all accounts in the 2016 Australian Supercross Championship. Despite the series being just six rounds, Brayton’s dominance in the first half of series allowed him to wrap-up the title on the opening night of Sydney’s AUS-X Open with a round still remaining.

9. Team Australia (Women’s ISDE champions):
The Australian bLU cRU Women’s team raced to their fourth-consecutive International Six-Day Enduro championship this year in Spain, stamping their authority in the category. The team led from start to finish despite some mechanical gremlins affecting them in the early stages. In what was a tough week for Australia at the event, the Women’s class victory was a clear standout of the year.

10. Daniel Sanders (AORC Outright champion):
Rounding out this Top 10 feature is Daniel Sanders’ Yamaha Australian Off-Road Championship Outright victory. A common theme in 2016, Sanders built a strong enough advantage to capture the championship a round early. The Victorian had a very commanding year in the series, recording 10 Outright victories and only failing to finish on the podium twice.