Last weekend’s Moto Expo marked our final event of the year after what’s been a stacked schedule between the Motul MX Nationals, Australian supercross, superbikes, Troy Bayliss Classic, the expo and more. It’s gone so quickly that it’s almost a strange feeling the end of the year is essentially upon us as summer’s arrived now in December.

We’re proud of the investment (both time and financially) we’ve put into the 2016 season, with multiple people at most of those events listed. Our partners – the vital advertisers – are the ones that essentially enable us to bring such coverage of the sport and industry locally, as well as our production side of creating content for companies at events as well.

It’s no secret that the publishing industry is going through a lot of change at the moment and we’re really seeing magazine sales decline or the titles axed altogether. Sign of the times or not, the backing of the industry has helped us as an online business really progress and bring our audience world class coverage that’s completely free, and we appreciate it.

That’s why we go to all the efforts we can to produce a quality product, both in terms of racing content and also new bikes, products, etc. It all takes countless resources and talented people putting it together behind the scenes, but I personally definitely feel what we do goes a long way to elevate interest in the sport from an Australian standpoint – that’s our target.

Next year’s shaping up relatively nicely as well as we work to secure all the funding we can at what’s one of the busiest times of the year for brands, so we look forward to finalising that and moving into 2017 with a strong amount of momentum on our side at Foremost Media.

We’re also, right now, producing a new digital magazine to be released prior to Christmas. It will cap off our year in terms of content and will be continued into next year, although the frequency of it is to be determined. From the articles publishes on all of our sites, to the films we create and the magazine we’re about to launch, we enjoy challenging ourselves, no doubt.

And aside from the operations side of the business, I for one am already anticipating an exceptional 2017 season. The amount of change we’re seeing in rider placements across the board will make for interesting bench-racing, both here in Australia and internationally. The excitement never seems to slow! Anyway, that’s it from me for this week, here’s Spence… 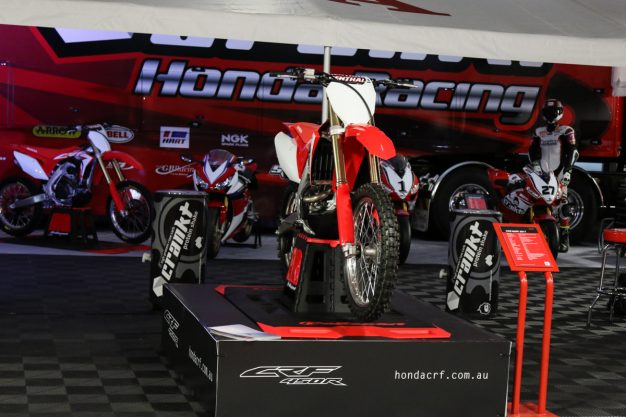 It’s been a unique week for me personally as I was forced to take Tuesday off for day surgery following an unfortunate boating incident. For anyone who was curious, wakeboarding handles make for great nose-breaking devices. Anyway, I’m glad back in action and we’ve been pumping out a tonne of content as the end of the year looms near for us here at MotoOnline.

This week we released both the 2017 KTM 250 SX and 125 SX tests along with the Overview film. We also released multiple product Reviews and some awesome feature stories. It may be the end of the year, but we’re definitely not slowing down here, the sense of urgency to create quality content is always at the forefront of our minds!

As we’ve seen recently, quite a few 2017 rides have been announced and Jeremy put together a great Q&A feature touching on the burning questions popping up during this year’s silly season. It’s going to be an interesting season, there’s a whole lot of movement amongst teams and classes alike. Will we see new faces on the top step, or will the seasoned veterans reign supreme in each category? It sure will be interesting.

With riders signing deals and making their moves for the new year, there’s also riders who are looking at taking a completely different path. One highly-talented rider who may not be lining up for round one of the 2017 Motul MX Nationals series will be Lawson Bopping. In talking to him this week he admits he needs to get a handle on his ongoing health issues before he can return for a full season.

In the meantime though, he’s keeping busy working on a new and exciting project at Braidwood in New South Wales. Larbert MX is a new circuit created by Bopping at the well-known Braidwood sand track location, roughly three hours south of Sydney. Check out Bopping’s Instagram account (@lawsonbopping70) for sneak peek images of the track that he plans to open to the public very soon.

Although it’s great to see Bopping focusing on new projects, we all know he belongs at the races battling for wins. The guy has a heap of talent and he’s definitely one of the most likeable characters in the pits on any given weekend. Let’s hope Boppo can tackle this illness and return to the races as soon as possible! Here’s Jeremy… 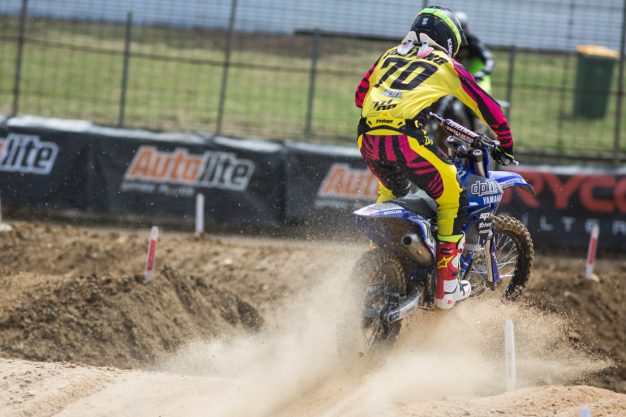 More and more teams are beginning to finalise their rosters for 2017 and I can already feel the anticipation for the upcoming year despite this season only just concluding. It’s funny how some years we’ll see majority of riders remain put with a team, however next year will be far from anything like that, with what appears to be several new-look line ups throughout the pits.

I had a chance to catch up with Kirk Gibbs earlier this week, who is in the final stages of signing a contract extension with the KTM Motocross Racing Team. I don’t think anyone has ever doubted Gibbs’ position with the Austrian manufacturer, however going from what he was saying, there will be a few different things in his new contract, which has probably caused the delay in anything being announced.

He mentioned some MXGP races are on the agenda at the end of the year, which is something he really wants to gain more experience in, and I assume he ultimately wants to be racing in fulltime in the near future. While I didn’t ask the question, it has me thinking that he is lining up a motocross-only deal, similar to what rival Dean Ferris will be doing in the new year.

Ferris has obviously opted to race motocross-only in 2017 to allow time for some GP races at the conclusion of the MX Nationals, however if he was the race supercross, it just wouldn’t be viable. So realistically, it would make sense if Gibbs was looking to do the same thing, although that’s just speculation for now, I’m sure we’ll find out the full details in the coming weeks.

As Alex mentioned, we at Foremost Media are in the process of creating an all-new digital magazine. I had the opportunity to conduct a feature interview as well as write a feature story for the mag this week, which was a refreshing change of pace from the the regular content on the website. Magazine interviews and features allow you go more in-depth compared to the generally brief pieces of content that are published on a daily basis.