Highs and lows from round three last Saturday night.

MotoOnline.com.au pulls out the microscope and dissects some of the surprises, standouts, shockers and disappointments from round three of the 2016 Australian Supercross Championship in Adelaide, South Australia. 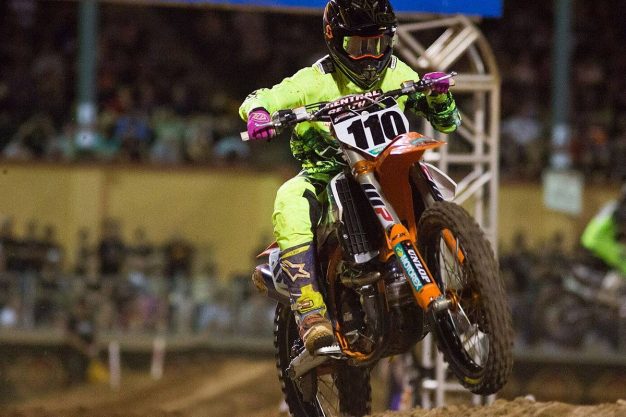 Hayden Mellross:
Although Hayden Mellross entered Adelaide’s third round of the 2016 Australian Supercross Championship holding the SX2 series leading red plate, he was yet to claim a main event victory. The DPH Motorsport Yamaha rider put together a dream day with the top spot in qualifying, a heat race win and then his maiden SX2 main event victory to cap it off. Mellross not only claimed victory, but also stretched his points lead over Serco Yamaha’s Jackson Richardson to 10 points after entering the event with just a one-point buffer over the Queenslander.

Dan Reardon:
It’s no secret that Reardon is not at 100 percent health after entering the series with minimal preparation time due to knee surgery, and after re-injuring the knee and suffering a solid knock to the head at round two, it’s even tougher for the defending SX1 champion. Coming off the back of an 11th place finish in Toowoomba, Reardon returned in Adelaide looking very racey and a lot more like the regular Reardon. The CDR Yamaha rider rode a solid 20-lap main event in Adelaide and brought it home for a second place finish, very impressive for a rider that is far from fighting fit.

Kyle Peters:
Following a rather rough start to his 2016 Australian Supercross Championship campaign, KTM Racing Team’s Kyle Peters made his way to the podium for the first time in Adelaide. Following an injury at round one, the SX1 contender rebounded with a fourth at round two followed up by a season-best third place finish on Saturday night. It was a strong and consistent ride for the American and a sign of more good things to come over the final three rounds. 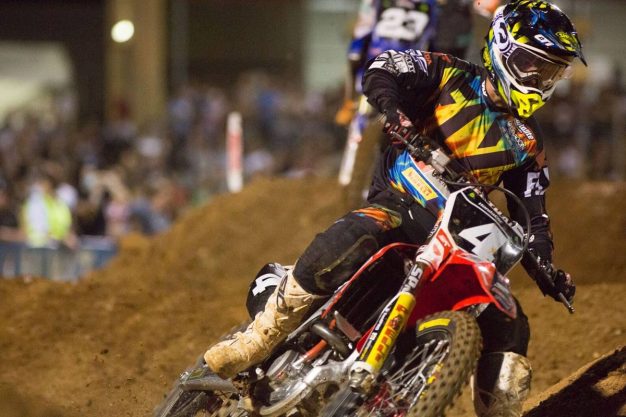 Luke Clout:
After taking a last-minute seat with the Honda Genuine Racing squad following the departure of defending champion, Jimmy Decotis, Clout entered the event as a serious threat to his competitors. The former Motul MX Nationals MX2 champion showed solid speed throughout the day and qualified through to the main event with a third place heat race ride. Clout’s night fell apart though when he and Serco Yamaha’s Wade Hunter came together during the main event. There was some aggressive riding from both parties, and unfortunately for Clout, he found himself on the ground and ultimately out of the running coming home with a 17th place position.

Todd Waters:
Following a tough weekend in Toowoomba with a DNF finish due to a crash while leading the SX1 main event, Waters entered Adelaide’s round three looking for redemption. Unfortunately for the Wilson Coolair Motul Suzuki rider, he found himself in essentially the same position as round two. A second DNF finish in a row for Waters places him down in 13th place in the premier class points chase, definitely not the position the factory Suzuki contender had planned to be in at the mid-point of the season.

Geran Stapleton:
Following a season-best finish of third place in Toowoomba, all eyes were on the Victorian to continue that form in Adelaide and mix it up with the factory SX2 riders once again. All was going to plan for Stapleton as he held the early lead during his heat race before losing the front-end in a slick section of the circuit. Stapleton was forced to contest the LCQ in order to make the main event and was then unable to finish the 15-lap race after clipping the rear wheel of Clout in the whoops section and going down. Stapleton will undergo scans today on an injured shoulder to learn the full extent of his injury.