Round three of the 2016 Australian Supercross Championship is already here, that’s crazy. This year has gone by in a flash and there has definitely been a whole lot happening at all times. This week leading up to the event was no different, as here at MotoOnline.com.au we’ve been working away on a vast range of content and gearing up for the 2017 season ahead at the same time.

It was awesome to head back to the track this week with not only my camera gear, but my motocross gear as well! We took delivery of the 2017 Suzuki RM-Z250 earlier this week and quickly made our way to the track to spin some laps and put together our review. As always, it was a great day on the Suzuki and you will see content from the day rolling out on the site soon.

Not only did I get to spin some laps, but I also spun those laps looking rather fresh in some 2017 product from both Thor MX and ANSR. It’s a great feeling throwing on fresh gear and swinging your leg over a new motocross model, but what’s even better is testing new products and getting a feel for each and every offering in the market, then sharing it with our audience. 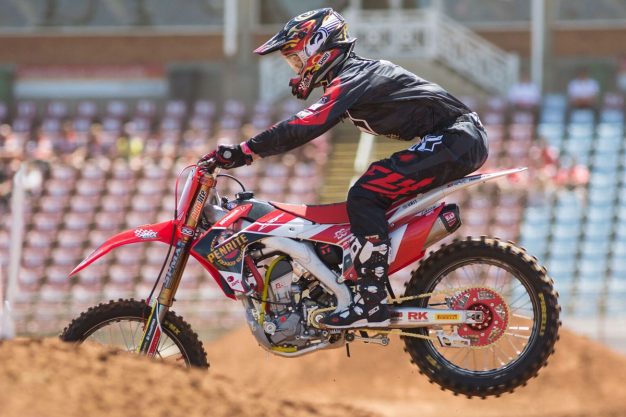 Taking a few steps back to this weekend’s racing and, specifically the SX2 category, I’m very interested to see just what will happen in Adelaide. We’ve seen a rather large swing in the series with Gavin Faith making a huge mistake in Toowoomba. Hayden Mellross and Jackson Richardson now sit atop the leader board separated by just one single point. Faith? He’s down in sixth position, yes, sixth!

More bad news for Faith is the addition of Luke Clout to the series. Occupying the now vacated seat of defending champion Jimmy Decotis due to injury, Clout will be a huge factor in the series. Clout is out of title hunt, he’s out there racing for round wins. For Faith to have Clout place himself in between himself and a rider such as Mellross, that’s a huge disadvantage and loss of valuable points he desperately needs to claw his way back to the lead.

In saying this, it’s definitely not a bad thing, these guys have to be ready for anything and place themselves in the best possible position at all times. Could we see team orders come into play later in the season between Faith and Clout? Who knows. But the former MX Nationals MX2 champion will definitely be battling for wins and causing havoc for the American as he shoots for his third SX2 championship here in Australia.

Time to head to the track and commence our constant flow of content from round three, so that’s all from me this week! Here’s Jeremy… 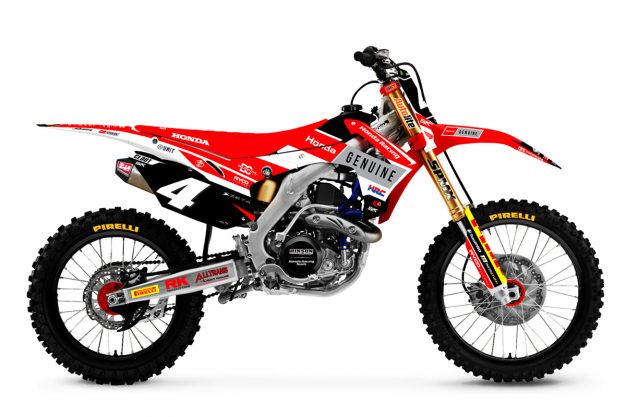 I’m writing this from several thousand metres in the sky on my way to Adelaide during Friday afternoon for the third round of Australian supercross and I’m pretty eager to touchdown and get amongst it!

If the first two rounds are anything to go by, this weekend should deliver some pretty exciting racing. It will be interesting to see if anyone can put a stop to the dominating form that Honda Genuine Racing’s Justin Brayton is currently carrying.

I touched on it earlier this week in our Q&A feature, and while there are a handful of guys who could overcome him, it’s going to be very difficult for them to do so. Todd Waters (Wilson Coolair Motul Suzuki) was on-track for victory at Toowoomba before a costly mistake ruled him out of the night all together. If he can maintain that early pace he displayed, he’ll be a strong candidate to beat the American.

The SX2 category is just as exciting at the moment with just one point separating series leader Hayden Mellross (DPH Motorsport) and Jackson Richardson (Serco Yamaha). There’s an abundance of riders who can win on any given night, and with the addition of Luke Clout (Honda Genuine Racing) to the series, it’s sure to spice things up even more!