CRF Honda Racing's Kyle Webster on getting out of the gates.

It’s the one thing that riders, team managers, coaches, parents and media go on about each and every event – starts. The start plays a huge factor in the final result of a motocross or supercross race. Getting out in front off the start gives you ideal track position, lessens the chance of tangling with another rider and just makes life a whole lot easier for you. Being such a critical factor in racing, we decided to focus on the start for this first edition of MotoOnline.com.au’s Advice. Taking us through his preferred start routine for both dirt and concrete conditions is CRF Honda Racing’s Kyle Webster. 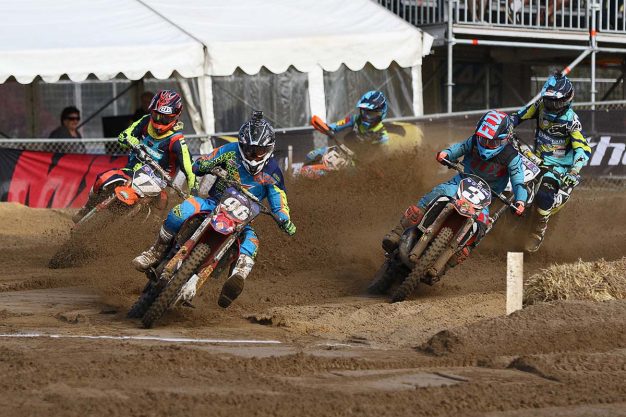 1. Preparation (dirt):
Generally I try to find a gate with the straightest rut possible and make sure that there are no rocks or anything like that in it. I like to fill the rut in until it’s level, and then stomp it down until it’s just a very shallow rut – I like it to be deep enough so I can touch the ground with my toes on both feet. I don’t tend to build a little ramp on to the start gate, sometimes in sandy conditions I will, but usually I just leave it.

2. Preparation (concrete):
When it comes to concrete starts, I use a similar technique to dirt starts. It’s obviously very important to sweep the concrete well and ensure there is no dirt or dust where your rear tyre will be going. I then like to do a decent sized burnout as the green flag is waving to warm up the tyre for maximum grip. I position myself in the centre of the bike again, but this time I put more of my weight to the rear of the bike and let the clutch out slower with a lot less throttle. Once I’m off the concrete and on the dirt, I pull myself forward, shift up and get a lot more aggressive on the throttle.

3. Body position:
I usually stay in neutral all the way up until the 30 second board turns sideways, and then I will click it into second gear there. I keep my body position quite central on the bike with both feet down, and I lock my feet in tight against the bike in front of the foot pegs and behind the shifter and brake lever. I then hang my head over the handlebars so I don’t wheelie out of the gate. 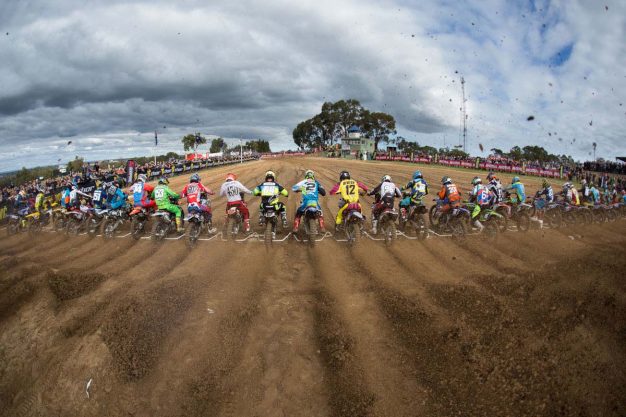 4. Controls:
Once I’m in position with the bike in second gear, I try to hold constant revs at around half throttle, just before the bike starts to rev out. I then hold the front brake slightly and let the clutch out so it just starts to engage and move forward against the brake.

5. Gate drop:
I like to look past the gate and down the start straight, I’ll then use my peripheral vision to see the gate drop. Once I’m out of the gate, I usually like to shift up to third gear quite quickly. Depending on what the surface is like on the other side of the gate, in muddy conditions for example, shifting too early can also cause the bike to bog. So that critical first shift must be made at the right time to suit the conditions.

6. Holeshot:
Once I’ve prepped my gate correctly, positioned myself well, made a good jump out of the gate and shifted the bike into third gear, it’s time to hold it wide open and keep shifting to keep the bike in the meat of the power. I prefer hold the throttle on and shift up without using the clutch, it’s harder on the equipment, but it’s all about making it to that first corner out in front!