After returning from a broken femur and lining up at Hangtown’s AMA Pro Motocross Championship opener with little preparation, Australian Luke Clout was forced to play catch up throughout his rookie year in America. Despite missing a round, Clout concluded the 12-round championship in 31st position, recording his best result at Red Bud’s sixth round where he placed 19th overall. MotoOnline.com.au caught up with the former MX2 champion, who recently returned home to New South Wales. 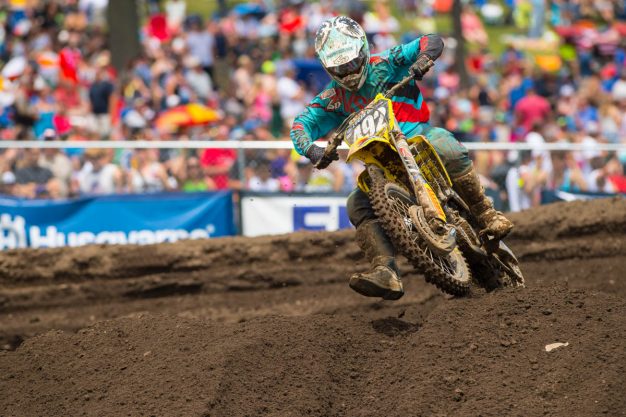 It’s been a big year for you Luke, talk through your injury at the beginning of the season and your rookie year in the AMA Pro Motocross Championship.

Yeah, obviously I broke my femur at the end of January and flew straight home for my recovery. It was around four months of just physiotherapy, cycling, running and basically getting back to riding – that was pretty tough for me. I’ve been through it before, so I knew what worked and what I needed to do. When it got to the point that I was pretty close to 100 percent, I got on a plane and headed back to the U.S and began to get ready for the outdoor championship. I only had around three weeks to get ready before round one, so I was obviously a little bit behind. I struggled a little bit with bike setup – I learnt a lot, but I was behind the eight ball from the start. It was tough, but I got better towards the end and I started to get stronger, as did my leg, so it was a good learning experience for sure.

You just touched on it a little bit there, did it feel as if you were playing catch up all year long?

Definitely. I didn’t do much testing before round one, I was just riding to get as much bike time as I could – my fitness also wasn’t where I wanted it to be after being off the bike for so long. As the rounds progressed, I got a lot better, I started to learn more about the bike and I was getting stronger and fitter. Unfortunately, I had a crash while I was practicing which lead to a concussion, so I had to miss a round. So yeah, we were playing catch up for the whole year but I think towards the end of it we started to find our feet.

What positives did you take away from racing a championship in a different country?

It’s definitely made myself a stronger person and rider. Moving to a new country, pretty much having to do everything by myself and also racing the world’s best – it just made me an all-round better person and rider. It was a good learning experience, I’m a lot more confident in my riding and I feel that I’m a much better rider than I was. It’s been very fun and I’m really enjoying it. 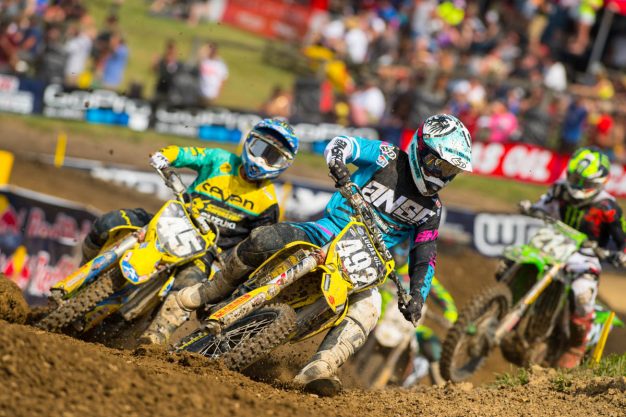 Now that the championship has been wrapped up and you’re back in Australia, what will you be up to now? There has been talk of you searching for a seat to take part in the Australian Supercross Championship, is that something you’re trying to pursue?

As of right now, I just got home – this is my third day being at home. I’ve been resting and chilling out with my family, I didn’t get to see them for quite some time. This is really the first time that I’ve heard of myself looking for a ride, I’m just going to try and keep on the down-low and not do too much racing while I’m here. I’ve been thinking of trying to make an appearance at the Sydney AUS-X Open, but that’s still up in the air at the moment. I’m not sure, maybe you will see me there, but we will just have to see.

You signed a two-year deal with the MAD Racing Yoshimura Suzuki Team that will see you through until the end of 2017, is that still the plan to continue on with them?

Yeah, for sure. I signed a two-year deal with them, which is what I wanted to do. I wanted to be able to go over there and learn this year, and have a better year next year. As of right now, that’s what we’re still working with, and as far as I know that’s still going ahead. The team is still sorting out some things – they have a lot of sorting out to do. It was a positive year and things are looking good for them, so hopefully everything works out and 2017 is a bigger and better year for everyone.

When are you heading back to the U.S to commence supercross testing?

I’ll be home for all of September and October, then I’ll head back over there at the start of November to begin testing and obviously get ready for supercross. I’m not sure which coast I’ll be racing – east or west – so I want to give myself plenty of time to be prepared for both of them. But yeah, it will be two months here chilling out, spending time with family and friends, then back over there in November to start business again.

Thanks mate, I appreciate your time.

Thanks for that mate, I appreciate it.