The general consensus is that once a racing season finishes, things quiet down somewhat prior to the next one starting. In this case, with the Motul MX Nationals ending last weekend and Australian Supercross right around the corner, it’s been anything but low-key this week.

While it was a relief of sorts to cap of another season of the nationals with record traffic visiting MotoOnline.com.au, attention was directly placed upon rolling out our Coolum content between Monday to Wednesday, before moving onto SX and the Motocross of Nations following.

Coupled with all kinds of news going on behind the scenes – read more about that from the crew below – and our ever-growing production portfolio, we’ve been pinned since the final chequered flag flew on the Sunshine Coast.

The funny thing is, as we put so much energy into all 10 rounds of the nationals, just like riders and teams, we have to reset for the Australian Supercross Championship. With a tight turnaround and ever-emptying budget since Foremost Media does invest so much into travelling to the outdoors, it can be a tricky task to manage. 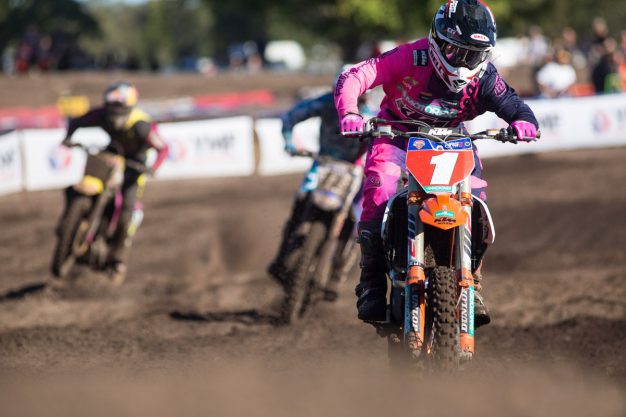 Looking ahead to the talent-stacked fields, which we have more on that to come including some interesting upcoming announcements on more American entrants, supercross will be an incredibly hard-fought series in 2016. Trying to pick a winner across both the SX1 and SX2 ranks will be truly challenging.

That’s it from me for this week, here is Adam Spence with more and then, below that, Jeremy Hammer with his take on the week just completed…

And just like that, the 2016 Motul MX Nationals season is over – what an action-packed season it was. In the end it was an impressive Yamaha sweep of the MX1, MX2 and MXD championships, such an awesome achievement for the manufacturer. In stark contrast, it was a tough blow for the KTM and Husqvarna squads when it came to the championship overalls.

In the MX1 category defending champion Kirk Gibbs missed the title by just six points to CDR Yamaha’s Dean Ferris. In the MX2 category it was Husqvarna’s Nathan Crawford who dropped out of the top spot due to injury just days before the Coolum finale. It was then left up to factory KTM rider Caleb Ward to shoot for the title with just an eight-point gap between himself and DPH Motorsport rider Jed Beaton.

Ward was unable to bridge the gap on the day, letting yet another title slip away from the European manufacturer. Finally it was Connor Tierney aboard his Husqvarna who couldn’t overcome Yamalube Yamaha Racing’s Mitch Evans on the day. Although Tierney did finish ahead of Evans overall, the points gap built up by the Yamaha rider was too large to close. Unfortunately for the KTM squad, after barely missing out on their second consecutive MX1 title, news broke yesterday that Gibbs had gone down during supercross training and broken his femur. At this point in time minimal details have been released, but you can guarantee Gibbs will be out for a substantial amount of time.

For the second year in a row, Gibbs will enter the motocross season coming off the back of a serious injury. This has to be a tough pill to swallow for the 2015 MX1 champion who now not only misses supercross and has a shortened preparation period for next season, but also bows out of the 2016 Motocross of Nations event. It is expected Todd Waters will take his place, which means our team will still be very strong, but you have to feel for the guy. Best wishes in your recovery, Kirk!

Let’s hope the remainder of our top contenders stay healthy during their supercross preparations and we can see stacked fields at each and every round. Promoters such as Scott Bannan and AME Management are doing an awesome job once again for 2016 and we’re set to see the biggest year of supercross racing domestically in quite some time! Well that’s all from me this week, here’s Jeremy…

As Spence just touched on, this week we had to share the unfortunate news of Kirk Gibbs’ devastating injury. It’s absolutely heartbreaking for the KTM rider, and along with everyone else, I was really looking forward to see how he would stack up against the world’s best at the Motocross of Nations (MXoN) in a few weeks time.

What positive can we pull out of this situation? Well, KTM confirmed they are currently sourcing a replacement rider to fill-in for the Australian Supercross Championship – this could spell the perfect opportunity for a rider to prove themselves on factory equipment. After speaking with Jacob Wright this week, he has made himself readily available to jump on any team or bike, and could potentially be the perfect candidate to fill the vacant position at KTM. 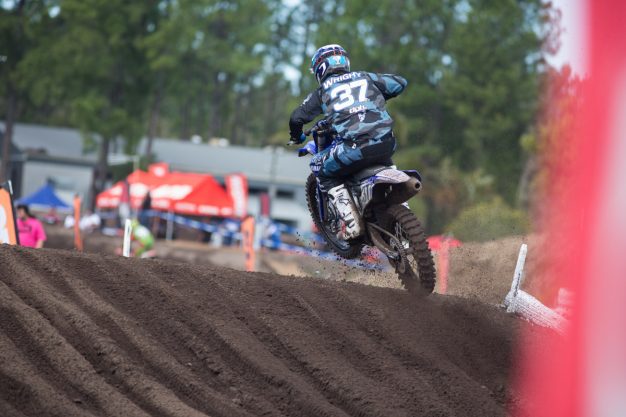 In other supercross news, I also had a chat to motocross and supercross legend, Jay Marmont. He revealed his plans to come out of retirement and make an assault on the Australian Supercross Championship.

Marmont spoke of his newly-found motivation and drive, which ultimately lead him to make the decision to race again. He seems pretty adamant and confident that he can capture another Australian title, and we have all seen what he can do when he has confidence behind him.

There are still numerous riders rumoured to be contesting the supercross championship this year, and here at MotoOnline.com.au we’ll be working on gaining confirmation of their attendance over the next week. It’s definitely an exciting time with both the Australian supercross opener and the MXoN looming.