MX1 and MX2 Australian champions share their thoughts on Coolum.

With Coolum marking the 10th and final round of the 2016 Motul MX Nationals, MotoOnline.com.au caught up with newly crowned Australian Motocross Champions Dean Ferris and Jed Beaton. 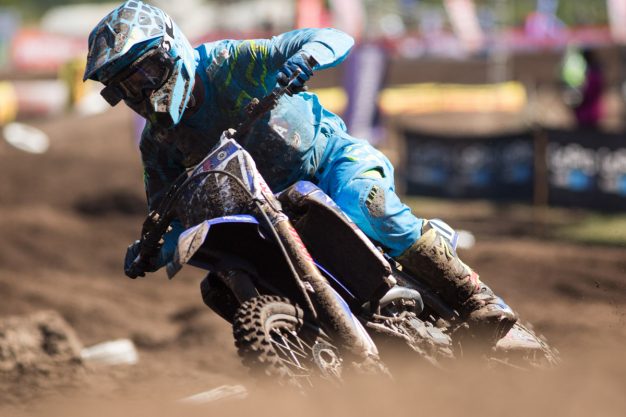 Dean Ferris, our new MX1 national champion – you must be really excited with that and a great result for yourself and CDR Yamaha.

I’m stoked! I’m 26-years-old now and that’s my first one. I thought I would’ve had it wrapped up five years ago, but I messed it up at Moree and CDR Yamaha took advantage. Now I’m on the winning team and we got it done.

In terms of coming into today, what was your sort of mindset?

We just took it one step at a time, yesterday our goal was to get pole, and we did. This morning was crucial that we won Superpole, and we did that too. It was also crucial to win the first moto, we did that which gave us a four-point lead. We controlled it, and yeah, that was our goal and we ticked every box and here we are – we got the championship.

It looked like you had a lot of focus throughout the motos, putting the laps in and you just put together two really good races which resulted in winning the championship. Is that how it felt for you after some good battles as well?

Definitely. In moto one it felt like I was cruising to be honest, then I just rode away with it. In moto two, maybe I needed to be a bit smarter. I can’t take it away from Todd Waters, he was there behind me for a few laps and clicked it up a gear and blew passed me. While Kirk Gibbs and I had something to lose, he didn’t and pinned it. I didn’t want to take the chance if Todd may have crashed on the last lap, so I put myself in front of Gibbsy – a respectful guy, he had two good riders in front of him and knew it was over and backed it down. It was comfortable for me to do the last four laps or otherwise it would’ve have been a nail-biter. I would’ve wanted to stay in front of him, it’s what I wanted to do – I wanted to go out as the real champion, not even on points and that’s what we did.

We knew the Dean Ferris and CDR Yamaha combination would be a strong one, it must feel really rewarding standing here at Coolum with the number one plate.

Yeah definitely, just because we had to work so hard for it in the last half of the season after I had that one DNF that screwed it up. Because of the points now, you lose 35 of them when you score a DNF. Holy, it was hard! The team believed in me and I believed I could still do it. I know I’m the fastest guy out there on most days. I reached out for some help and got some consistency in my program, I wasn’t sitting outside of the top two after Wanneroo, so it goes without saying that I was pretty much the most consistent and dominating guy in the last half of the season. Fair play to Kirk, he’s always there, he’s always getting the start and he’s always fast and putting in good Superpoles. And Todd too, we go way back to like 125cc days, the way he rode in that last moto shows just how fierce he is. Man, I’m happy as.

A big one coming up representing Australia at the MXoN, tell us your feelings heading into that as you should have some good equipment over there and it will be great for you to lead the country as well.

I think we have a strong team, Jed Beaton proved he is a champion, and Kirk – man, he’s rock solid – and obviously myself. I have experience at the Motocross of Nations and at Grand Prix’s, so I’m looking forward to it. Like I’ve said before, this is the best bike I’ve ever ridden, and we’re actually going over with my bike – we’re shipping the parts there and doing it properly. I’m not there to prove anything or to prove I can do better than what I did last time, but if we can improve on last years MXoN, and I know with this bike I have the potential to do really well there. The pressure is off now, Gibbsy and I can probably be mates there and help each other, and also Jed. Hopefully we can get a really strong result for Australia.

Just quickly, how will you juggle the Supercross season as well as that?

Look, I’ve signed up for Supercross with Craig Dack – that’s the deal. I’ll be focusing on Supercross for now, Craig left my Motocross bike with me, so I’ll do a day or two of riding that leading into Jimboomba just to stay sharp. We’re out of here after Jimboomba, I’m not going to forget how to ride Motocross, so my focus now will be preparing for Supercross.

Long term, do you still have the goal to go back to Europe?

I do, it’s still there. I don’t think Craig’s going to let me go too easily, it’s that negotiation time of the year, so we’ll see what we can work out.

No worries, you’ve got the number one plate and well done on a great season. 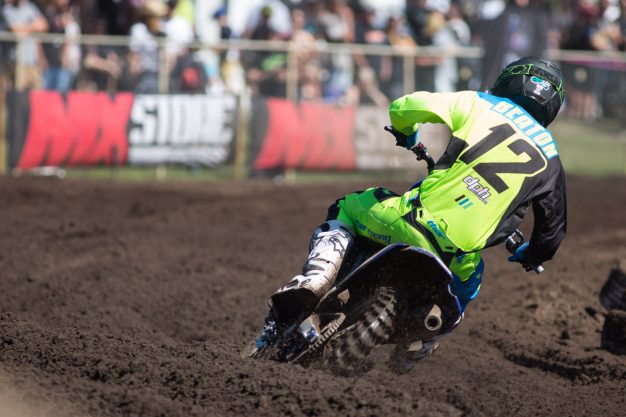 Jed Beaton, our new MX2 national champion – you must be absolutely stoked to get it done.

Yeah I’m really pumped! I worked really hard for this with my brother Ross and I’m stoked to finally be rewarded.

A special result obviously for yourself, your family and the DPH Yamaha team. Tell us about that and the synergy of the whole team.

Well it’s pretty much just a family of a team, it all works good and everyone works together. I’ve had an awesome year and I can’t thank those guys enough. I wouldn’t be up here without them, and my brother Ross, he has always supported me along with my whole family. And my girlfriend, she’s awesome – I just can’t thank everyone who has supported me enough.

There is a lot of pressure in these situations but you seemed to of remained calm throughout the weekend. When the gates dropped in that first moto, you looked like you just focused and got the job done.

That was my goal to come here and just ride the best that I could. To get off to a good start and ride clean consistent laps, I thought to myself that I could do it. It was a good day, I felt like I rode alright and I just really wanted to win so I was going after it as hard as I could. I wasn’t really thinking about the championship to be honest, I was trying to keep that off my mind so there was less pressure.

It must be a really good feeling to now go and represent Australian at the MXoN being the reigning national champion as well.

It’s awesome and it’s probably one of my biggest achievements. It’s everyone’s goal to race the MXoN, so I’m really pumped for that and I literally can’t wait. I think I head over on September 12, so I get rid of the jet lag and get do some riding. I’m really stoked and really looking forward to it.

Supercross is coming up as well, what is your plan with that?

I think I’ll be missing the first round, and once I get back we’ll see what the go is from there and just make a plan after that. I’d like to do it, it benefits my riding so I’m looking forward to that also.

No worries, well done once again.