MotoOnline.com.au highlights three standout performances from the weekend’s ninth round of the 2016 Motul MX Nationals at Echo Valley in Queensland. Radar isn’t strictly about the winners, it’s about the unsung racers that we spot performing above expectations on any given race weekend. 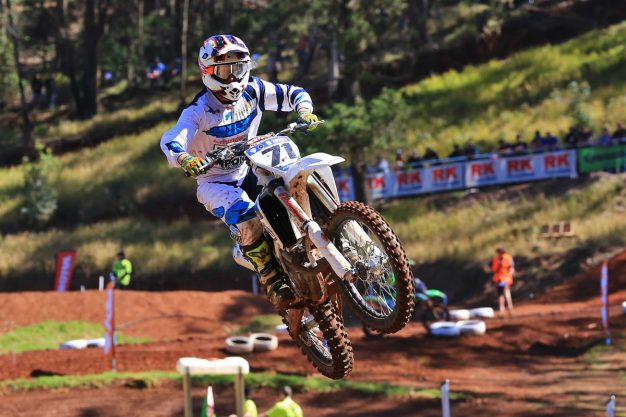 Kurt Gow (Husqvarna) – MX1, ninth overall:
Since his transition to the MX1 ranks in the second half of the season aboard a Husqvarna FC 350, New South Welshman Kurt Gow has been a fixture inside the top 10. In four rounds so far he’s registered 10th, 12th, 10th and ninth place round results, which is a real positive for a capable rider putting in around the country for a full season. Brendan Duck (KTM) – MX1, 10th overall:
Queenslander Brendan Duck made a strong impression in the premier class on Sunday, riding his privateer KTM to a consistent showing of 11-12 in the motos to round out the top 10 overall. It was an improvement on his result at Conondale and, despite a depleted premier class field, battling to 10th is a major achievement at the national level.