MotoOnline.com.au brings you the latest from the European motocross scene.

It’s that time of the year again when the world’s best motocross racers converge on the same location to do battle for their country of origin. The 2016 edition of the FIM Motocross of Nations (MXoN) will take place at Maggiora in Italy on 24-25 September, just over one month away. Being so close to the event, we’ve seen multiple countries announcing their 2016 rider line ups. This is always an interesting and sometimes controversial time of the year for riders, teams and fans due to the selection process or criteria each country decides to go with.

For 2016 Australia’s three rider squad will consist of Kirk Gibbs, Dean Ferris and Jed Beaton. It was a simple selection process for Australia’s 2016 squad, the current top performers in the Motul MX Nationals series would go to Italy – so here we are with Gibbs, Ferris and Beaton! Ferris, a former FIM Motocross World Championship contender and MX2 overall winner, is the only rider on the team with previous MXoN experience. Who else can remember his awesome 2013 performance as an MX2 rider?

Gibbs did contest the 2015 USGP at Glen Helen, but that is the extent of his world motocross experience to date. This shouldn’t phase the current defending national MX1 champion though, he’s a smart rider and will surely adapt to the program and field at the event. Beaton, much the same as Gibbs, has just one world motocross experience under his belt after contesting the Switzerland MXGP event recently. Beaton is at the peak of his career currently and will be a great addition to the Australian squad for 2016. 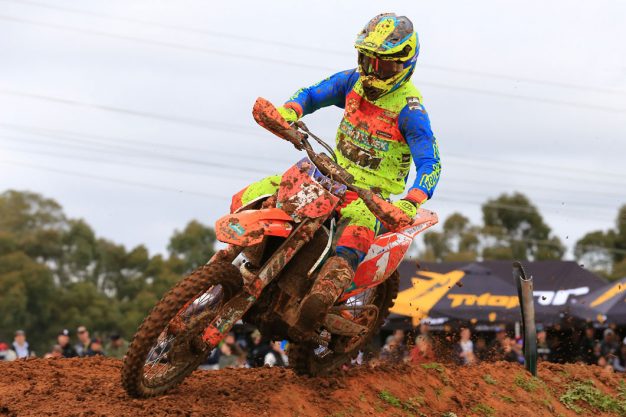 Team Australia will also receive guidance from former MXoN representative, Michael Byrne, at Maggiora next month. Having an experienced Australian like Byrne in their corner will be quite helpful, especially for a rider like Beaton who doesn’t have quite so many years under his belt. Team Australia’s best ever finish came at the hands of Chad Reed, Matt Moss and Brett Metcalfe in 2011 where the team scored a third place finish. Last year’s squad of Todd Waters, Dean Ferris and Luke Clout finished the event in seventh overall.

Team USA will field an interesting team for 2016 with Jason Anderson and Cooper Webb aboard 450cc machines and Alex Martin on the 250. With clear favourite Ryan Dungey out due to being committed to the Monster Energy SMX Riders’ Cup on 8 October in Germany, and second pick Eli Tomac also bowing out of the event due to a jam-packed racing schedule, Team USA selectors had to be creative. Jason Anderson, although out due to injury, has been back on the bike and assured skeptics that he will be healthy and ready to put his best foot forward for the red, white and blue.

Webb, recently announced as Chad Reed’s teammate for 2016 at factory Yamaha in the 450 category, will make the step up to the big bike for the event. We’ve already seen how good Webb is aboard the YZ450F late last year at the AUS-X Open in Sydney, and you can guarantee he will have spent plenty of time on the bike in lead up to the event. He’s en route to capturing his first 250 Class outdoor championship and certainly looks to be at the peak of his young career.

Martin, the younger brother of two-time 250 Class Pro Motocross champion Jeremy, will make his MXoN debut for Team USA after contesting the event in past years for Puerto Rico. Although Martin is currently tied with Joey Savatgy for second in the 250 Class Pro Motocross points chase, he was chosen over the Monster Energy/Pro Circuit/Kawasaki rider for the spot. Could it be that taking two riders from the Yamalube Yamaha Racing squad was the easier option? Or could it be his recent performances outshining Savatgy’s? There could be multiple reasons for that choice. 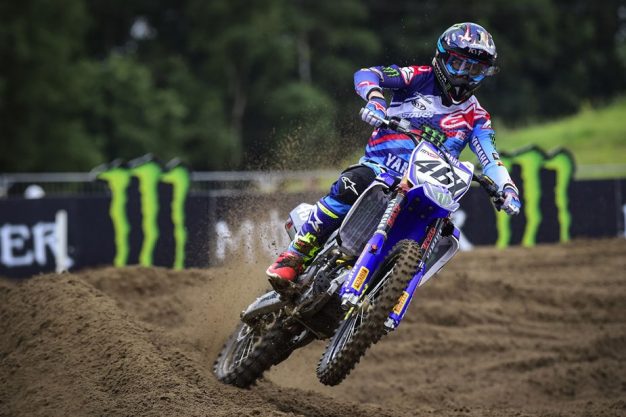 Defending MXoN champions, Team France, will return in 2016 with a revised squad. Defending MXGP world champion, Romain Febvre, will lead the team in the MXGP class with Gautier Paulin contesting the Open class. Originally it was MX2 contender Dylan Ferrandis announced as the third rider for Team France, but it’s anticipated that reserve rider Benoit Paturel will take his place after the Kawasaki rider suffered a broken arm at the Swiss MXGP round.

Red Bull KTM’s Marvin Musquin, part of the 2015 winning squad, will not be part of the 2016 French team. After making the move to the premier class for 2016, the former MX2 world champion didn’t get the call for this year’s event. The luxury for Team France is the fact that they have multiple world-class riders to choose from, and the choice to go with Febvre and Paulin definitely isn’t a bad one. These two riders are used to the European circuit, they’re based out of Europe and their settings will suit the circuit as they have raced there once this year as part of the MXGP calendar.

Team Belgium have announced their 2016 rider roster featuring a strong combination of contenders. Kevin Strijbos will lead the team as its MXGP entry with Clement Desalle in the Open class and MXGP front-runner Jeremy Van Horebeek making the drop back to MX2 for the event. Team Belgium last won the MXoN event in 2013 and have since been consistent podium finishers. The move to place Van Horebeek on the MX2 machine is interesting and could prove a great decision for the former winners.