Yamalube Yamaha Racing rider on his 2016 season and more.

Yamalube Yamaha Racing’s Mitch Evans entered the 2016 Motul MX Nationals season as one of the hot title favourites in the MXD category. Although Evans now holds the championship leading red plate with two rounds remaining, it certainly wasn’t all smooth sailing along the way. MotoOnline.com.au checked in with the year 12 student on his lunch break today to pick his brain on a range of topics for this latest edition of Fast Thoughts. 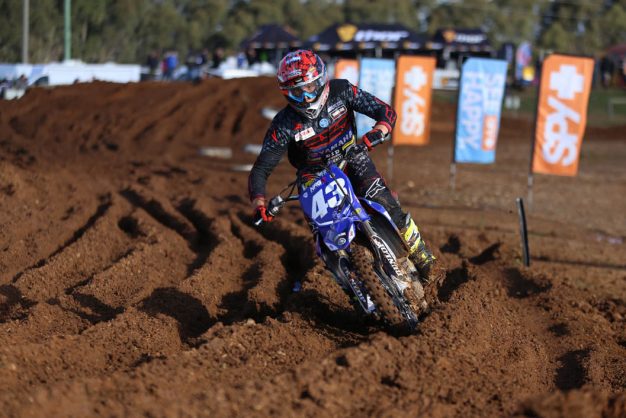 Your 2016 season…
Obviously round one wasn’t how we planned to start off the year. In the first moto I had a first turn crash which was completely my fault, and the in the second moto my chain derailed and I couldn’t do much there. We were determined to redeem ourselves at Appin, I won the first and then cartwheeled in the second moto, but we were happy to land on the podium there. Broadford was good, I always like riding the mud, anything can happen in the mud. I think that showed because we made up good points there. I went and stayed in Brisbane after that with Mike Ward, we trained and rode with Wade Hunter, Dean Ferris and Kaleb Barham for a few days. I made some good progress, changed a few things on the bike and really wanted to sweep everything at Murray Bridge. I was second in qualifying, then in moto one I came through the pack, caught the leader and then hit a hay bale fourth gear wide open and went flying over the bars – I was happy to walk away from that one without any injuries. I came out in the second one and took the win, but we lost a lot of points, so at that stage we weren’t really worried about points, it was more about winning motos. During the break I had my school formal, so I took my mind of things for a while and the plan for Nowra was to be consistent and I did just that with a 2-2 result. Again for Conondale we were stoked about the mud, I went out in qualifying and was six seconds faster than anyone else, when Wardy told me that I didn’t actually believe him and went to check it myself! I got two good starts and went 1-1, that was my first 1-1 of my career so that felt awesome. Shepparton was a bit muddy again, so I was stoked again on that, I thought the track was sick, I like tracks that are technical and rough. I nailed two good starts there and pretty much ran away from them. We ended up coming away with the red plate and I think it’s going to look pretty good on the Yamaha!

Technical tracks…
Anyone can ride a flat track fast, so when it’s rough and the ruts are deep, some people seem to struggle. But for me, that’s what I’ve grown up riding on with Jackson Richardson, his tracks always had deep ruts and a lot of long straight ruts too. If you look at all of the tracks in America and Europe, they all have deep ruts and are very technical. Even though the layout of a track such as Shepparton may not be national standard, the way they prep it is national standard and I think it separates the men from the boys – it really shows who can ride a dirtbike. 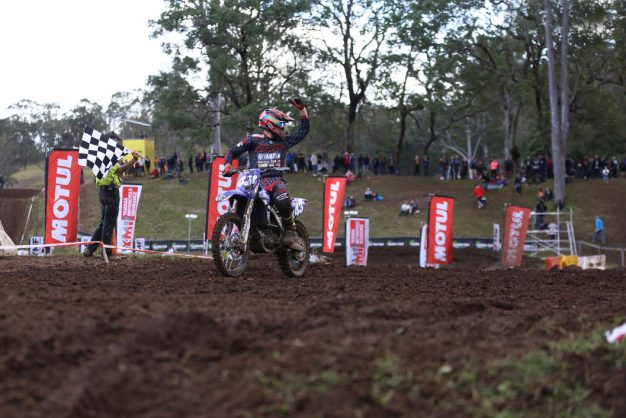 The Yamalube Yamaha Racing team…
I see the Yamalube Yamaha Racing team as the best MXD team in the pits, they’re even better than some of the MX2 teams. They’re so professional and Wardy does such a great job keeping the truck clean and tidy, and the bikes are are beyond what I would expect for an MXD team. We look professional at the track, so when you look good you feel good, it gives me a lot of confidence knowing I have such a strong team behind me. They all want to win and they do everything for me to win and I just have to rock up on the weekend and do my job. It makes my job a lot easier and they don’t put a lot of pressure on me, I just go out and have fun riding my dirtbike and it’s even better to celebrate that with a great bunch of people.

The level of MXD competition in 2016…
It’s really good, I think the rookies such as Wade Kirkland and Cooper Pozniak are doing really well for their first year. Obviously everyone likes good competition and I love being able to rock up to the line knowing there are fast guys there and you need to do your best to beat them. It’s a whole lot more fun than thinking nobody is going to beat you. I think the competition is stiff every year, but I think it’s a bit deeper than what it was last year, I never expected to go out and dominate every round. I knew it was going to be tough, and it has been tough, so it’s a credit to a lot of the boys, they’ve been riding really well. They’ve been keeping me in line that’s for sure, you have to show up every weekend ready to do your best.

Moving to the MX2 category..
I’m not too sure at the moment, there hasn’t been much talk about it, I haven’t really been worrying about it just yet. I’ve been focusing on redeeming myself after doing badly during the first half of the season, I’ve been worrying about winning motos because I knew if I did that and got the championship lead, people would start looking at me. We’ve been going out there on the weekends to run MX2 times to prepare me for moving up, so if we can run those times in MXD, then we know we’re going to be competitive next year. If I do move up, I’m excited for sure, but I’m not sure what’s going on yet. We’re going to be doing SX2 later this year for supercross, so I’m excited to rub bars with all the big boys and everyone who I grew up racing in juniors. It’s hard seeing those guys up there racing at the top and for me to not be there with them, so it’s definitely the class I want to be in next year.