It’s that time of the year again, as we reach the business-end of the 2016 Motul MX Nationals season. With back-to-back rounds in Queensland to wrap up the series this month, it’s appearing that all titles will be decided when the flag falls at Coolum’s 10th championship round.

The MX1 category will be thrilling between Kirk Gibbs, Dean Ferris and Todd Waters, as just 16 points separates the trio. And keep in mind, if Matt Moss does end up losing points from a number of rounds as rumoured, the number of points between these guys will change even further. It’s something to take into consideration, even if nobody is officially saying where the Moss brothers have been.

As I’ve said before, if Gibbs does pull this championship off, it will be one of the greatest achievements we’ve witnessed in Australian motocross. Sure, he’s the defending champion for a reason, but the way he’s risen to the challenge of returning MXGP regulars Ferris and Waters has been phenomenal. 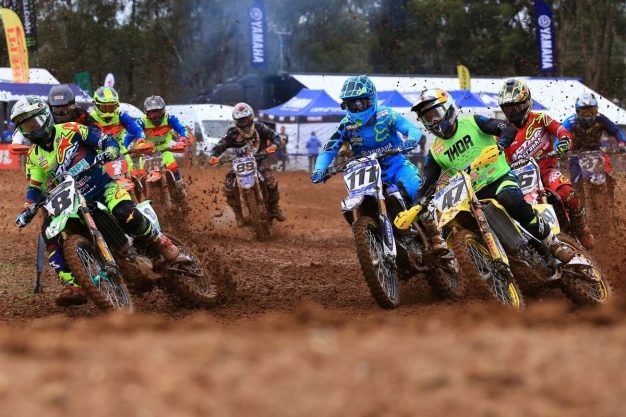 Aside from that, the MX2 title race has been just as entertaining as the next crop of talent fills the podium at a pro level. Jed Beaton stormed his way back into the red plate position at Shepparton, but it doesn’t mean a whole lot since when it comes to points, both he and Nato Crawford are on 507 apiece. Again, like in 450s, if Jake Moss is removed from points going back rounds, the standings will also change.

Behind Beaton and Crawford, KTM factory racer Caleb Ward is a further 15 markers back. He definitely stands a chance of making those points up, but he will have to effectively sweep both Toowoomba and Coolum unless the leaders have a major mishap. He’s really disappointed not to be going to the Motocross of Nations, which went to the red place holder following round eight.

And in the MXD, the recently-dominant Mitch Evans took charge by three points over longtime leader Connor Tierney with just two rounds remaining. And the ever-consistent Wade Kirkland is within reach of the title at just 12 points behind Evans, so it’s shaping up to be another showdown of sorts. That’s it from me for this week, here’s Adam Spence…

Shepparton didn’t turn out to be a true mudder, but it certainly wasn’t dry. From the sidelines that track was brutal (it was even brutal off the track with plenty of slipping and sliding going on for us media guys!), so to be racing and pushing the limits out there would have been super-tough. The track was filled with straight line ruts with sketchy bumps within them, making for a truly testing circuit even for the best of riders out there.

Once again it was Jed Beaton of the DPH Motorsport team who came out on top in MX2 when the conditions were less than optimal. But he did that without technically winning either of the two motos as he never physically crossed the line first. Thanks to penalties to both Wilson Todd and Nathan Crawford in moto one, Beaton was credited with the win after crossed the line in third place. This was a crucial error on Crawford’s behalf in the tight championship chase. 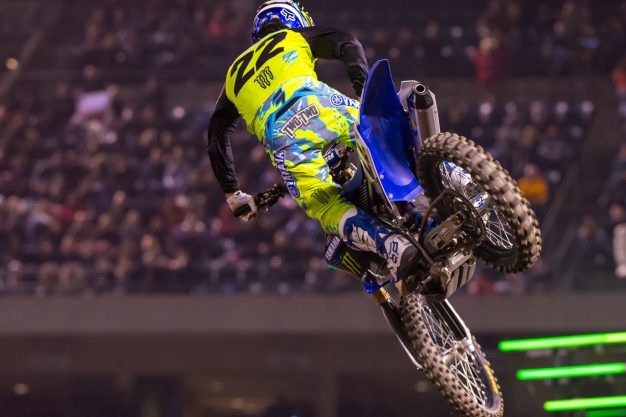 Beaton went on to claim second place in moto two behind Caleb Ward, handing him the overall victory and more importantly, the series points lead. As I reported last week, Beaton has now made his way to Europe to contest the Swiss MXGP event and has been accepted into the EMX250 category. Is this a wise choice for the current series leader? Maybe, maybe not, but it sure is interesting and I can’t wait to see how he fares in that class. We’ve already seen Hunter Lawrence find success in that class, so let’s hope Beaton can do the same!

On that note, the 2016 Australian Motocross of Nations squad has just been announced as I’m typing and as expected the current MX2 series leader was chosen for the job. This will be Beaton’s first showing at the prestigious event and he will be joined by Kirk Gibbs and Dean Ferris. Who else remembers Ferris’ awesome performance in 2013 as the team’s MX2 contender? It was at that point that the Kyogle native really turned heads internationally, so let’s see if he can bring back some of that magic in 2016 on the big bike.

We also saw the exciting combination of Chad Reed and Cooper Webb officially announced as the 2017 Yamaha Factory Racing squad. Although it was an expected announcement, it’s great to see the Yamaha program locked in nice and early to give their riders ample time to prepare for next season. This combination of Reed and Webb will be awesome in my opinion, the two have a similar attitude and strong riding style. It would be great to see Webb learning from Reed, while Reed feeds off Webb’s enthusiasm and energy – factory Yamaha is making a return in a big way with these two premier class contenders.