It’s getting down to the business-end of the 2016 Motul MX Nationals schedule now! This weekend will be round eight of 10 on this year’s calendar and we’ve got three classes with rather tight points battles going on. It sure does make each weekend exciting when there could be a possible points lead change at any moment. Let’s hope things stay this interesting right up until moto two at Coolum!

There have been talks of this weekend’s Shepparton event being another wet one due to heavy rain in Victoria the past week, but it may turn out fine, who knows. If it does turn out to be a semi-mud race, I would say this MX2 championship might just tighten up a little more with Jed Beaton’s history in less than desirable conditions this season. The DPH Motorsport rider has won both the Broadford and Conondale rounds where conditions were, let’s just say, rather moist. Could it be that he’s from Tasmania originally where these conditions are more prominent? Or could it be the plain fact that he’s just comfortable in the mud? Maybe it’s a mixture of both, either way though, he sure does put together some impressive performances in the mud.

Speaking of Beaton, he revealed this week that he will indeed make his way to Europe following this weekend’s event with hopes of making a surprise MXGP appearance in Switzerland. Although Beaton will definitely be flying over on Monday following the Shepparton round, his racing plans are not yet locked in at this stage. It’s quite impressive to see Beaton paying his own way to Europe without knowing if he’ll actually have the chance to compete.

At this stage either a spot in the EMX250 class, where fellow Australian Hunter Lawrence saw success earlier this season, or the MX2 class will be the aim for Beaton. It’s all up to former top MXGP contender and Australian MX1 champion, Josh Coppins, to work his magic and find him a slot in either class. At such late notice this might be tough, but hopefully ‘The Lizard’ can make it happen, because it would be exciting to see where he stacks up! 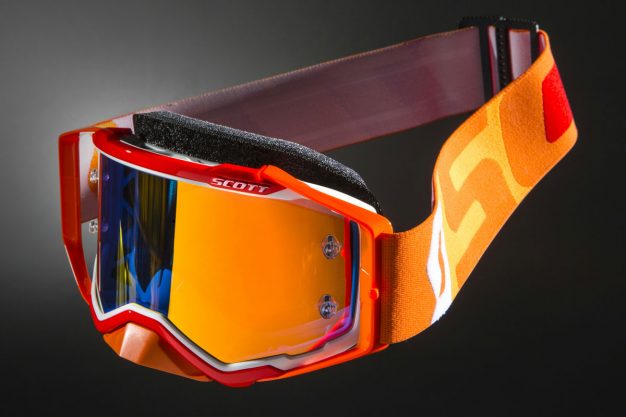 On another note, how good is this time of the year for new products!? We’re seeing a tonne of fresh 2017 product rolling out currently and just yesterday we saw the SCOTT Prospect goggle revealed to public, click here to check it out. This goggle looks absolutely awesome and we can’t wait to try it out ourselves here at MotoOnline.com.au.

We also saw some rad new Thor MX gear released this week, which you can click here to view, not to mention the 2016 Alpinestars Venom LE gear set released before Conondale. And next week, Fox will unveil its full line.