Each year we see manufacturers continuously work to provide faster, lighter, better handling and more reliable motocross models, for 2017 that will be no different. It’s that time of the year again where manufacturers begin to release their latest and greatest products and in this latest edition of Q&A we answer some of the hottest questions regarding these machines. A: For 2017 Kawasaki have released an all-new KX250F, and it is expected that Honda too will release an all-new CRF450R model for the new year. Already released and available in Australia, the 2017 Kawasaki KX250F is all-new from the ground up and boasts a huge list of impressive updates. Here at MotoOnline.com.au we were lucky enough to be one of the first to ride the new model in Australia at the official media launch, click here to view our in-depth review on that model.

Although yet to be released, the 2017 Honda CRF450R is expected to be the next all-new model arriving for the new year. Minimal details on the new model have been released, but more information and an official release is expected in the coming months. In addition, KTM, Husqvarna, Yamaha and Suzuki have also updated their lines for MY17. KTM’s all-new 250 SX two-stroke being a standout model, now in line with the four-stroke range with a tonne of new features (including air forks) and a super lightweight design.

Where can we find more in-depth information?

A: MotoOnline.com.au has information and images of each and every 2017 motocross model currently released. Click here to check out our Product Centre which features those stories. 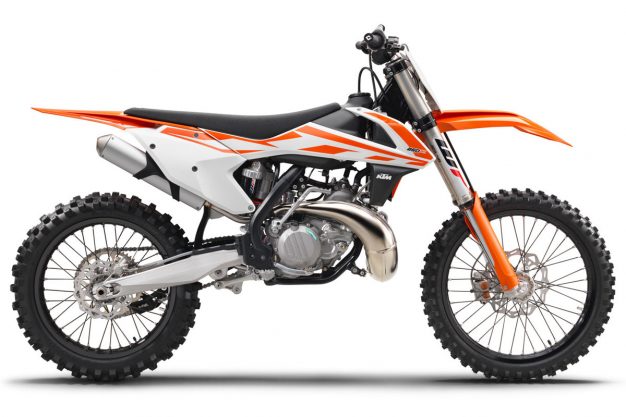 Q: Will we see each model tested for the new year?

A: MotoOnline.com.au will test each and every 2017 motocross model as they become available. We will be bringing our readers in-depth written reviews along with static imagery, action imagery and films including rider feedback for each bike. Stay tuned for those over the coming months.

Q: How many 2017 models have hit our shores already?

A: As mentioned, the 2017 Kawasaki KX250F is in Australia and now available at your local dealer. 2017 KTM motocross models have also hit Australian shores along with the 2017 Suzuki RM-Z450 (which we will be riding in the coming weeks) and select 2017 Yamaha models.

Q: Which models are the most anticipated?

A: Honda’s CRF450R, Kawasaki’s KX250F, KTM’s 250 SX and Husqvarna’s TC250 are the most anticipated models for 2017. We’ve already been thoroughly impressed by the new MX2 contender from Kawasaki, the all-new Honda MX1 contender is expected to be a large improvement over the previous model and the updated European two-strokes are set to be awesome machines.