Australian great on 2016 season so far and much more.

It’s been over six months since we last spoke one-on-one with US-based Australian Chad Reed and a lot’s happened since then, including a full season of Monster Energy AMA Supercross as part of Monster Energy/360fly/Chaparral/Valli/Yamaha, a couple of wildcard MXGP appearances and a ‘holiday’ back here at home. MotoOnline.com.au took the opportunity to interview Reed while he was in town late last week to discuss the season so far and what’s to come for the remainder of 2016 and beyond. 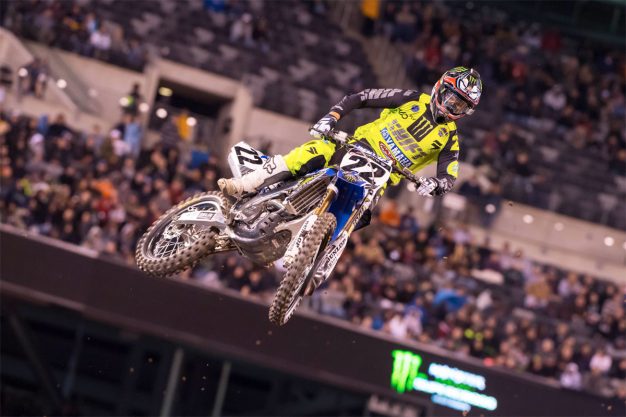 To start off with, you’ve obviously been in Australia for a little while now, so how’s that vacation been for you?

I’ve been here a month, so that’s been… I don’t know, it’s been different. It’s nice to be home, but you know, the obvious thing is it’s winter [laughs]. I’m not sure that I’d call it a vacation, because my idea of a vacation is going and chilling on a beach, which I got to do when we went and spent a week on Hamilton Island. That was cool to get up there because I’d actually never been up there before, so we had some nice weather up there. But yeah, it’s just been nice to get away and kinda get back to zero, then get ready to go back to work I guess.

How’s it been with the kids out here, the whole family being here this time?

Yeah, the whole clan’s been out here and there were here two weeks before I was. It’s a long time. The hardest thing is, what people don’t realise is, that it takes so long to get into a routine and to get the kids un-jet-lagged. It’s difficult in Australia because my little guy Pace has a dairy allergy and although it’s a country we’re familiar with, it’s a lot harder to go and find all the normal foods and things that he’s allowed to have. It takes so long to get all that stuff down and then once you do, it’s time to go home. It’s had its challenges, but it’s been a nice time. 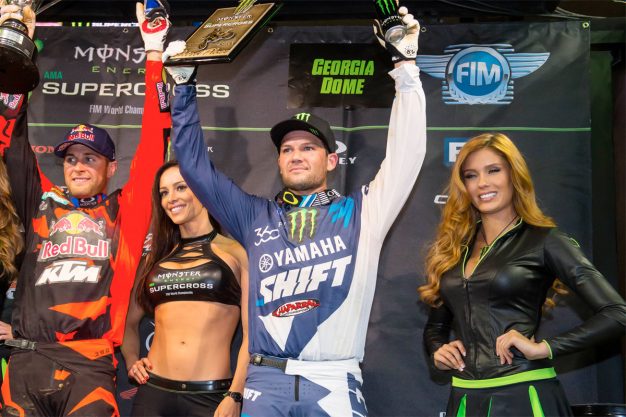 During your trip home I saw you picked up some bikes from Chris Watson’s Yamaha dealership, so there’s been a little bit of riding while you’re in town?

Yamaha sent up a 450 for me and then while we were in there he had a TTR-110 and a 50 in there, so I thought it’d be cool to take the family and go do some trail rides, things like what I used to be able to do as a kid. That was really fun, to be honest, to take my kids on a trail ride through the bush. Although the bush has changed a lot since I was here, it was fun, and even Ellie got out one day for a ride. There were a few local kids that ride and make tracks in the bush, so that’s been fun and I think the fact that it’s winter, the kangaroos are all out and about, so it’s been kind of cool to show my kids that there are those animals out there chilling – you don’t have to go to the zoo to see them, they’re actually out and about [laughs].

What’s next for you? Are you in for the MXGP races in the US?

Yeah, so what’s next for me is to head on home, get – pretty much everything I just said – re-situated and my kids are on summer vacation, so they go back to school in the first week of August or something like that. Getting them ready for school is the priority, back into that routine, and then I will start getting ready for 2017. The GPs are not a priority for me, you know I think I have to do them, but for me my focus is now on 2017 supercross. I’ve had one conversation with the guys at Yamaha, so I know they are working away on some of the things that I know we had some weaknesses this year, and I’m excited to go back, get back to work to be honest. I’ve been gone a long time, I think that’s what’s hard, because I was in Europe for a month and then going straight from there to here has been nice, but I’m ready to go home, be in my own bed and my own environment. 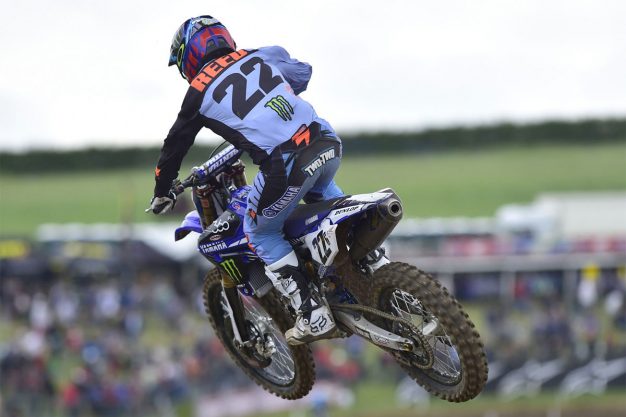 I saw on MX Vice that you won’t be part of Team Australia at the Motocross of Nations. That’s still correct as of now, yeah?

Looking back on the supercross season, you reunited with Yamaha as part of a factory team after running your own operation for five years. Was it what you’d expected or much different?

I guess all of the above! For good or bad, some things never change. It was really difficult in some ways and really easy in some ways. I think the main thing is and, probably what I’m looking forward to most going into ’17, is I know what I’m doing and what the plan is. It’s already in place, where going into this year, I talked to you in November last year at the AUS-X Open, and I wasn’t sure – I didn’t know what I was going to do. I mean, I was hopeful that the Yamaha thing would be able to be pulled off and that it was going to happen, but I didn’t know. All the way up until the first race I was just basically riding and training, doing the best that I could to be in shape and stuff, but there were so many political sides and I was stressing, thinking maybe this is it, that I was going to have to retire even though I didn’t really want to. It was a lot of stress, so the difference from being team owner to just a rider, I don’t think that I really felt or saw the benefits of that this year. I think I started out the year pretty decent, maybe because those conditions suited us a little better than what the east coast did, but we had to make changes for the east coast and I feel like we were behind the eight-ball a little bit. Yeah, I’m looking forward to 2017. I miss my team, to be honest with you, I miss being involved to a point where, not that I control everything, but I’ve been around long enough and know how things are supposed to be done. You know, the employees, I really enjoyed that part and working toward a common goal of the race team’s performance. As a privately-owned team, I think that’s always done differently to a factory, so I enjoyed the TwoTwo way, for sure. It’s been difficult going back to a factory team and living by the rules, their policies, all the things that come along with it, but on the flip-side I think I’ll enjoy the luxury of that also in 2017, much more than I did going into ’16. 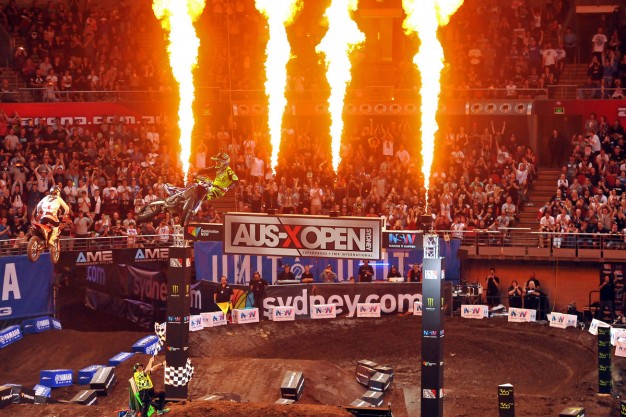 Ah, it all looks really positive, so I think barring a disaster I should be here again next year.

Just before we wrap things up, AUS-X Open is on again in Sydney this 12-13 November, which should be a really awesome event. That must be one you’re looking forward to…

I am looking forward to it. Truthfully, you never really know what it’s going to be like when you’re going into a race that somebody’s never really done before, going back to the indoor stadium and things like that. I was excited to go back to that stadium because it’d been a long time since I’d been there, so that was fun, but you just never know. You’ve got this group of young guys [promoting the race], really motivated, really excited and driven dudes that were claiming a big couple of nights racing and they faced their challenges with James [Stewart] pulling out last-minute and all those things, but they came out of it smelling like roses. It was just one of the most organised, professionally-ran events that I’ve ever been involved with and I was just proud to be involved with a bunch of guys who have so much passion about our sport. They were willing to work hard, even when the odds were against them. When James pulled out they flew to the US to make the deal happen, made it happen and then he got hurt, so they pulled off the Cooper Webb thing and the Ricky Carmichael thing. Long story short, I think the event turned out better than it probably ever would have, even with James being there, and I’m excited to do it again this year.

That’s for sure. Well thanks for your time, it’s always good to catch up.