It’s always good to catch up with Australia’s greatest export of all, Chad Reed, which I had the opportunity to do on Friday morning. We’ve been meaning to chat since before he went to Europe on his MXGP cameo, but it didn’t happen for one reason or another.

We’ve now got it in the bag though and it was actually a really nice, relaxed conversation with the ’22’. Still here in Australia on holiday (he heads home to Florida tomorrow), Chad was – as usual – very honest and open in his answers.

You’ll be able to read the full interview on Tuesday, but from now he’s going back to the US and preparation’s all about 2017. Sure, he will line up at Charlotte and Glen Helen in the American rounds of MXGP, but aside from that all plans are go for next year. His new deal isn’t signed and sealed, but it will happen barring anything out of the ordinary.

What Reed’s also gearing up for is the second AUS-X Open in Sydney on 12-13 November, where he will be going up against next year’s teammate Cooper Webb on Aussie soil again, as well as retired headline American Ryan Villopoto. The amount of respect Chad shows for this event really indicates just how much he enjoys using it as part of his AMA preparations. 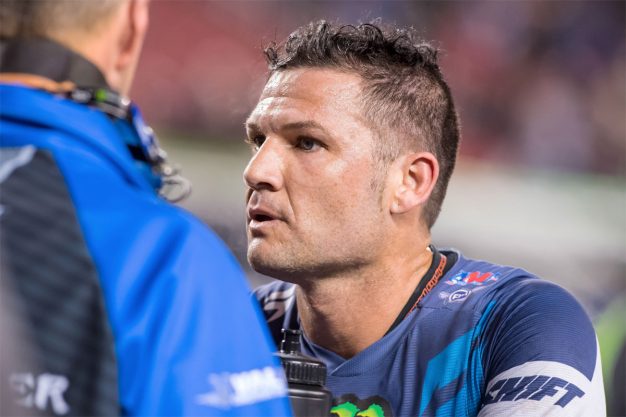 Reed did confirm that we won’t be seeing him in Italy at the end of the year for the Motocross of Nations, so with him already declaring himself out of the running, it will be extremely interesting to see who Motorcycling Australia selects. There are all kinds of combos that would be capable, however financially the team is less supported for 2016.

On a different note, Scott Bannan’s team announced earlier this week that Davi Millsaps will be coming over to contest the Jimboomba opening round of the Australian Supercross Championship. The series really is starting to ramp up with momentum at the moment and we’re really excited to see it take place toward the end of the year.

That’s it from me for this week. And if you’re looking for more on the Moss situation and why they weren’t at Conondale, unfortunately we don’t know any more concrete information about the situation as we speak. Hopefully somebody will actually clarify what’s going on from an official standpoint sooner, rather than later. Here’s Adam Spence…

To start off this week, there’s multiple things I learned from Conondale’s seventh round of the 2016 Motul MX Nationals. Firstly, I need to invest in a set of gum boots! Ruined shoes and wet feet are not the way to go (you would think I would have figured that out in Broadford – clearly not). Let’s hope that’s the last of the wet rounds for the year and we can wrap up the season with perfect conditions for riders, fans and us media folk.

Secondly, Raceline Pirelli KTM’s Dylan Wills has his starting technique absolutely dialed aboard the 250 SX-F. He was known as a good starter aboard the 250 SX two-stroke and it seems he now truly has four-stroke starts mastered. Wills has holeshot every MX2 moto over the past two rounds of racing and really looks to be finding his feet with his new KTM-backed program.

Next thing I took away from Conondale is how well DPH Motorsport rider Jed Beaton rides in the mud. We’ve had two mud rounds this season and Beaton has claimed the overall victory at both. The guy is thoroughly impressive in the sloppy conditions, he even battled his way through the pack wearing no goggles for much of the first moto to claim second place in Conondale before taking the moto two win convincingly. 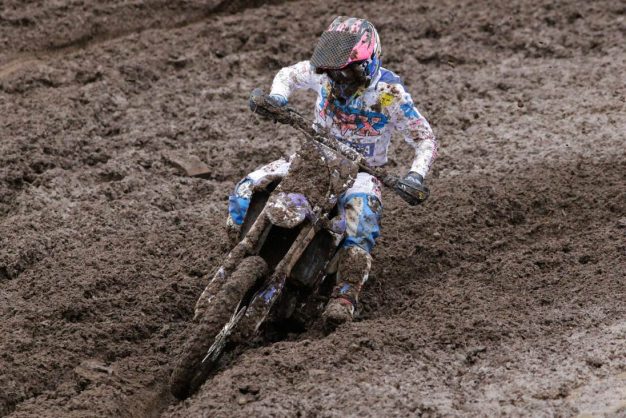 Finally, how good does CDR Yamaha’s Dean Ferris look currently? He may not be leading the MX1 championship, but he’s doing all he can to do so. Entering the mid-season break on a bad note following his Wanneroo incident, Ferris returned ready to redeem himself and has now clicked off two-straight overall wins. With current series leader and defending champion, Kirk Gibbs, currently dealing with a knee injury currently, this sure is Ferris’ best chance to pounce as he sits just six points behind the factory KTM rider with three rounds remaining.

Not only is the MX1 championship tight, but the MX2 points chase is also shaping up to be a nail biter at Coolum’s 10th and final round. Following Beaton’s Conondale victory, he sits just seven points in back of current red plate holder, Nathan Crawford. Crawford has now held the red plate longer than anyone in the class this season (both Caleb Ward and Jed Beaton briefly carried the weight of the red background earlier in the season) and if he remains consistent, he could well be our 2016 MX2 champion.

You can also bet your bottom dollar each and every rider in both the MX1 and MX2 category will have the upcoming Motocross of Nations selections in the back of their mind too. We have such a strong field of talent in both classes this season, it will be interesting to see who can cement themselves as the best of the best and represent our country amongst the teams of talented contenders from all over the globe!