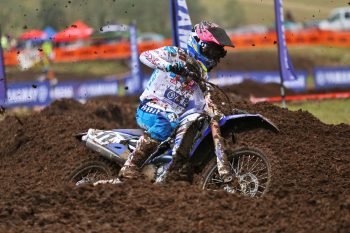 A controlled second moto from Ferris saw him win the race by eight seconds, which captured him his second overall in succession aboard the YZ450F.

Trailing Ferris in the moto was title leader Gibbs, who still has the red plates as a result, and Waters in third despite an opening lap crash. Fourth came Mosig in another strong showing, while Wright got the better of Long and Wilson for the final spot in the top five.

Behind that trio in eighth was Daniel Banks (Davey Motorsport KTM), with the final places in the top 10 taken by Luke Wilson and Joel Green (Yamaha).

Overall Ferris won from Waters and Gibbs, while in the standings Gibbs holds a six-point advantage ahead of Ferris, with Waters a further nine behind. 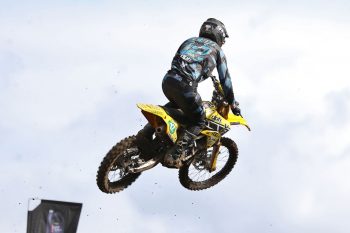 The opening MX2 moto of the round was held in mud-soaked conditions with rain continuing to fall lightly, as Husqvarna’s Nathan Crawford sprinted to a commanding victory by over 20 seconds.

The top 10 was rounded out by Jayden Rykers (Davey Motorsports KTM), Wade Hunter (Serco Yamaha), Richie Evans (Yamaha), Dylan Wills (Raceline Pirelli KTM) after he had a dramas with his rear wheel/tyre while in second, and Dean Porter (KTM).

The second MX2 moto belonged to Beaton, racing off at the front after gaining confidence in an inspired opening moto and clinching the round win in the process.

Almost 20 seconds behind Beaton in the 20-minute moto was 250 SX-mounted Rykers, who himself was comfortably ahead of Todd at the end of the moto.

Overall for the round it was Beaton ahead of Crawford and Rykers, while in the championship chase Crawford now leads Beaton by seven, with Ward a further nine in arrears.

The final MXD moto of the weekend saw Evans complete a clean-sweep with another race win, once again ahead of Pozniak, with the podium completed by Hill.

Latimer ended up fourth in race two over Kaleb Barham (SD3 Husqvarna), as Tierney, Kirkland, McKay, Ryan Eden (Yamaha) and Small were in places six through 10.

It was the same result overall with Evans toppings Pozniak and Hill, while in the championship longtime leader Tierney heads Evans by 13 points, with Kirkland just four more back in third for the season so far. 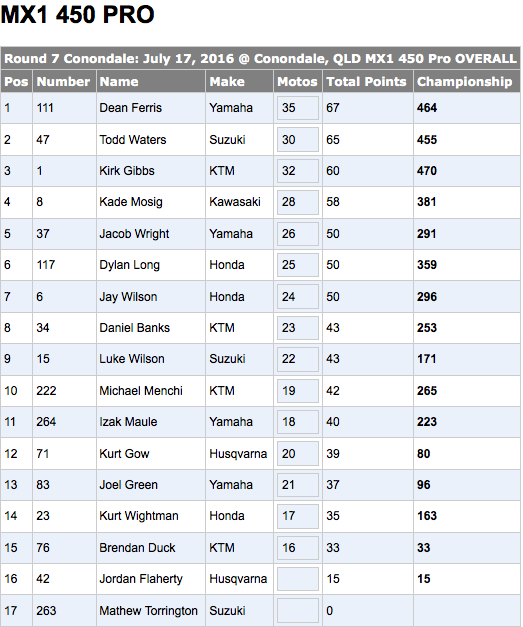 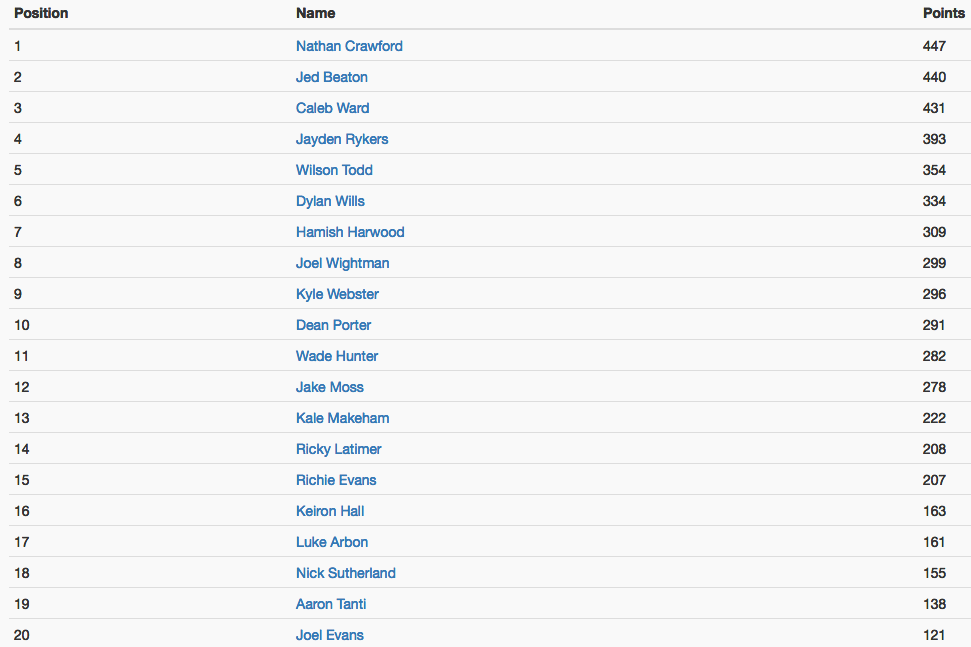 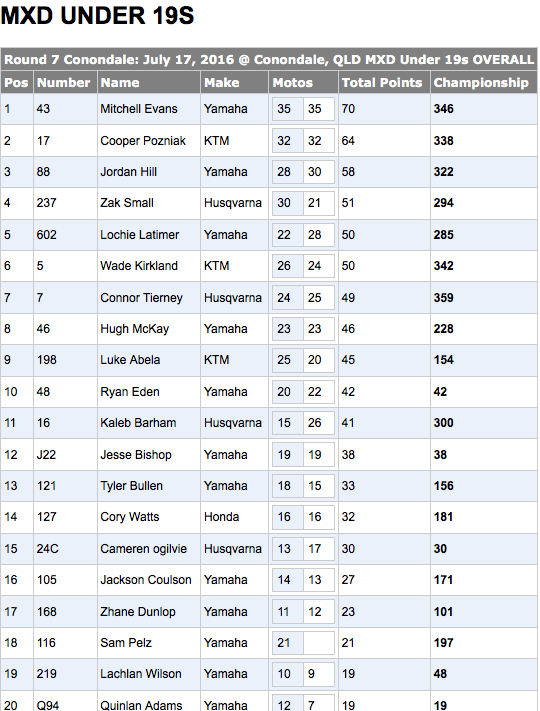 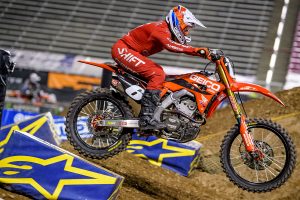 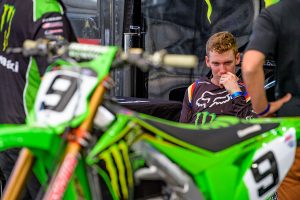