Western Australian MX2 front-runner on a selection of topics.

Part of the Davey Motorsport squad for 2016, Jayden Rykers has been quite impressive in his rookie Motul MX Nationals MX2 season. Originally from Western Australia, Rykers packed up and headed east, now basing himself out of Melbourne in order to make the most of his young racing career. MotoOnline.com.au caught up with Rykers today to hit him with a selection of questions on a range of topics in this latest edition of Five Questions Why. Why did you make the move from the west coast to the east?

We did my first year of MXD and we were flying in and flying out of each round. The way the tracks form up on the east coast with the ruts compared to the west coast where we have more sand-based tracks, it was just a plain and simple choice to move to the east coast. We had an opportunity with Trac-Rite Suspension to rent out of their house and use their facility, so it was really a no-brainer. I’m able to ride the east coast tracks now and get better at the things I wasn’t so great at. I also get to ride with the faster guys too.

Why do you ride the two-stroke?

Basically it does come down to money, we’re on a pretty tight budget, so to go racing and keep our bikes at a competitive level, it’s definitely financially possible on the two-stroke. So that is the main reason why we’ve gone the two-stroke route. I think I’m suited to both the two-stroke and four-stroke, I started my MX Nationals career on a four-stroke and I’ve always jumped between both bikes doing our state series back in WA, as well as the national series. If the opportunity comes, I’m definitely able to adapt to the four-stroke just like I’ve adapted to the two-stroke. At the end of the day it’s just a bike and I know that my ability on the bike will shine on either. 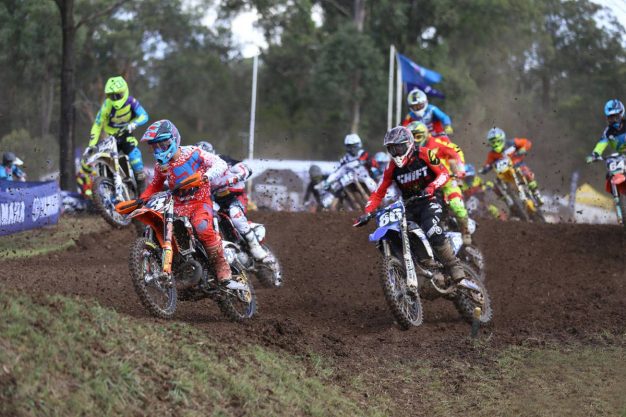 Why are you doing so well in your rookie MX2 season?

It’s the amount of time I’m putting in, that’s all I can put it down to. The time and the people I’ve got behind me, we’ve got a pretty strong family orientated team and it’s a team with low pressure and a good atmosphere all the time. I’ve also been able to work with some fast riders and I’ve got contacts like the Moss Institute where I can go and spend a couple of weeks at a time training. I’d just put it down to those things; time, training and just hard work.

Why was your Wanneroo performance so special?

It was special for me because we were going home to Western Australia and we only get a home round every two years, so to get a home round in my first MX2 season was pretty good. Then I was able to get a podium, my highest point in my career so far, with all of my family and friends – that’s the reason why it was so special.

I guess Europe and America have stepped up their game and it’s only a matter of time before Australia starts stepping up its game as well. With the MX1 field being a pretty competitive class, and some of those guys stepping down to MX2, even some of the MX2 riders staying in the class for a little bit longer. We’ve now got 10 or so riders who can win motos and the top five guys are so consistent also, so that’s probably why the MX2 class is so competitive.