Wasn’t that an exciting return to Motul MX Nationals competition!? Nowra’s sixth round of the 2016 series turned it on with some great racing throughout each category on the day. It was also awesome to see riders and teams get involved in the military appreciation theme of the event, as there was plenty of camo and military style livery around the pits.

You have to feel for National Pump Monster Energy Kawasaki’s Matt Moss, he was on a tear in Nowra and really cemented himself as the man to beat on the day. It was a crash in the late stages of the second moto saw CDR Yamaha’s Dean Ferris take advantage of Moss’ misfortune and run away with the overall win leaving Moss visibly disappointed at the finish.

Moss did fall and hand Ferris the win in Nowra, but he was right there all day keeping the pressure on the former multi-time champion. It was impressive to see Ferris back at full flight in Nowra following that scary Wanneroo fall. He was keeping Moss honest all day long and put himself in the best position possible to take advantage of any mistakes made by the number 102. 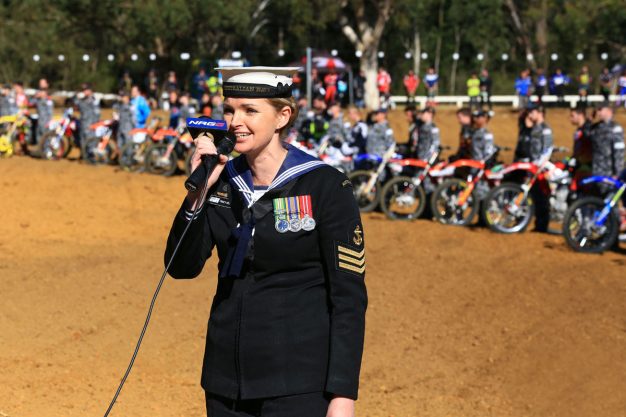 In the MX2 class Caleb Ward was back to his old tricks aboard his factory KTM 250 SX-F. Ward captured both moto wins and nudged his way further up the ladder in a bid to recover from his disaster round in Broadford. Another KTM pilot, Wade Kirkland, also impressed in the MXD class capturing the overall win. He was super aggressive and rode with a confidence we hadn’t yet seen from the young Tasmanian.

Switching gears to our week here at MotoOnline.com.au, we were lucky enough to make our way to the 2017 Kawasaki KX250F launch this week at Ride Park in Victoria. We were welcomed with a tonne of rain and it was looking as though we may not be able to ride the all-new machine before the crew at the facility came through with an awesome solution that ensured we were able to turn some laps.

It really is a credit to the guys at Ride Park, they put together a last-minute track in the car park built with fresh, dry, sand-like soil for us to test the new bike on. It’s amazing the lengths these guys went to in order for us to spin some laps and take our first impressions of the 2017 MX2 contender. So once again, a huge thanks to them for making that happen – absolutely awesome stuff! 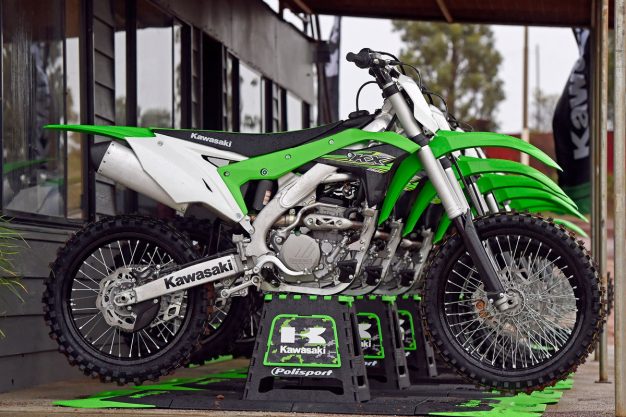 Speaking of the 2017 Kawasaki KX250F, we’ve released our Overview film and written Review of the bike, which you can view here. I’m a huge fan of the new model and I think our viewers will be too. Thanks to everyone at Kawasaki Motors Australia for the opportunity, we love getting out there on track and putting these new bikes to the test!