Taking a closer look at the Australian's 2016 appearances.

Australia’s Chad Reed kicked off his international career touring the FIM Motocross World Championship 15 years ago and in 2016 he announced he would return for a two-round European cameo appearance, which had the whole motocross world excited. Contesting both the Matterley Basin and Mantova events, Reed would see a mixture of results and come up against multiple hurdles along the way. In this latest edition of Q&A, MotoOnline.com.au takes a look at some of the burning questions following his European vacation. Q: How did he fare at Matterley Basin and Mantova?

A: Reed kicked off his 2016 MXGP campaign in Matterley Basin with a solid 13th overall finish in the premier class. His second 2016 MXGP appearance however didn’t go so well. Already carrying a hand injury into the Mantova round in Italy, Reed went on to suffer a mechanical problem in moto one, which saw him DNF and subsequently withdraw from the day’s racing.

Q: What’s the deal with his hand injury?

A: Reed’s hand injury was sustained between the Matterley Basin and Mantova rounds, the first we knew of it was when Reed released the following via Twitter: “Today will be a ‘game day’ decision. Hurt my hand last week and it’s killing me out there, can’t hold on. Will try something in morning warm up”. Reed then reported following the event that he was having trouble holding on to the handlebars and the pain was substantial throughout the day.

Q: Should we have expected more from one of our greats?

A: Not at all. Reed now rides on a Supercross-only contract in order to focus on the discipline of the sport he most enjoys and excels at. For Reed this MXGP trip was all about fun and doing something different, and let’s not forget, these European riders are no joke. The premier class is stacked with absolutely amazing riders who rate as some of the best riders on the planet at this point in time, running just outside of the top 10 amongst that group is solid. 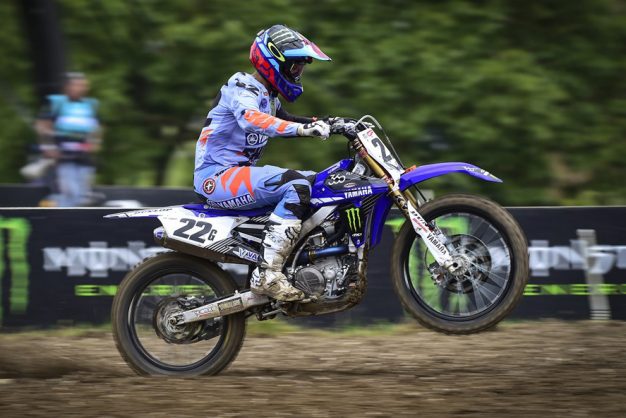 Q: Was his bike full factory like Febvre and Van Horebeek’s?

A: Reed was certainly not on a full factory machine during his two appearances in Europe. Riding borrowed production YZ450F’s from Yamaha, Reed and his crew packed up the essential bolt-on parts and made their way over. Reed raced both rounds using his own suspension, wheels, exhaust, fuel, tyres, ECU, handlebars, grips, hydraulic clutch, clutch hub and factory front brake – far from the factory machines of Romain Febvre and Jeremy Van Horebeek.

A: At this point in time Reed is yet to sign a deal for 2017, but he is currently in talks with Yamaha to continue their partnership. Reed has made it well-known that he is happy with Yamaha and would like to stay on blue throughout the final years of his career.

Q: What are the chances of a fulltime MXGP entry before he retires?

A: A fulltime MXGP commitment would be quite a surprising choice and we can’t see it happening – especially after seeing how tough it was for Ryan Villopoto to attempt at this end of his amazing career. Although a fulltime deal may not be the choice, Reed has said on record that he’d like to return in 2017 and he will also be competing at the US rounds later this year.