We’re three rounds in to the 2016 Lucas Oil Pro Motocross Championship and what a series it has been to date. There’s been battles, adversity, injuries, breakout performances and a whole lot more. In this latest edition of Top 10, MotoOnline.com.au takes a look at the series to date breaking it down into 10 topical points. 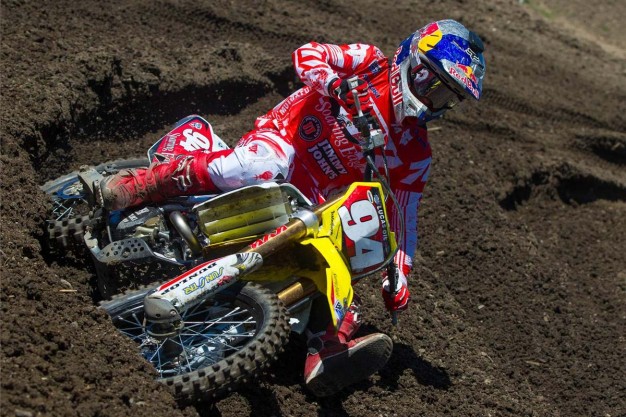 1. Roczen’s domination:
Ken Roczen has been on fire during the opening three rounds of the 2016 Lucas Oil Pro Motocross Championship, he’s never looked so good. The RCH/Soaring Eagle/Jimmy John’s/Suzuki Factory Racing was poised to sweep the first six motos of the season before a suspension malfunction during moto one at Glen Helen saw him drop back to fourth place. Aside from that unfortunate issue, the German rider has convincingly won each and every moto in 2016 ahead of defending champion Ryan Dungey.

2. Dungey bowing out due to injury:
Ryan Dungey is well-known for his blistering pace, consistency and lack of injuries throughout his career. Unfortunately for the Red Bull KTM rider, the dreaded mid-season injury has taken him down and out of the 2016 motocross championship. It was announced this week that Dungey suffered a fractured C6 vertebrae and a herniated disc in his back. This was quite a shocking revelation due to the fact that he sustained the injury during moto two in Colorado and continued to race through the pack to a fourth place finish – gnarly.

3. Savatgy’s form:
It was clear that Monster Energy Pro Circuit Kawasaki’s Joey Savatgy had taken his riding to another level in 2016 during the supercross season, and that hasn’t stopped outdoors. Savatgy has been super impressive, kicking his season off with a 1-1 sweep in the 250 Class at Hangtown, he briefly lost the red plate to Alex Martin at round two before snatching it back in Colorado. Could Savatgy be the rider who ends Mitch Payton’s championship drought? It’s highly possible he can do so.

4. Clout’s struggles:
Australia’s 2014 MX2 champion, Luke Clout, hasn’t exactly been where many would have expected during his first three rounds of Pro Motocross racing. Coming off the back of an injury and heading straight into one of the most talent-filled categories in the world isn’t easy, but it’s a known fact he is a higher caliber of rider than his results are showing. It will be interesting to see how he progresses throughout the season as the rounds roll on.

5. Tough circuits:
The opening three rounds of the 2016 Lucas Oil Pro Motocross Championship have been tough tracks. Hangtown has a tendancy to get very choppy and features a range of tricky off-camber corners to keep riders on their toes at all times. Glen Helen, well it’s Glen Helen! That circuit is serious, and during a national event it gets rough and dangerous. Those downhills are crazy and the addition of the rhythm lane for 2016 definitely made things interesting. Finally, Thunder Valley. It’s another tricky circuit, but the elevation plays a huge factor. It starves both riders and bikes of oxygen – both humans and motocross bikes need plenty of oxygen to perform at a high level. Last weekend Jason Anderson actually suffered the effects of altitude sickness mid-moto, crazy stuff. 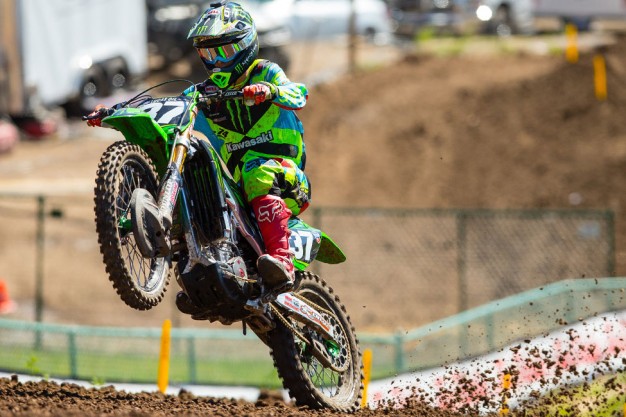 6. Is Colorado cursed?:
In 2012 Yoshimura Suzuki Factory Racing’s James Stewart was fighting for the Pro Motocross premier class championship and out front during moto one in Colorado before disaster struck. Stewart went down hard on a tricky section of the track, injuring his wrist in the process and ruining his run at the title. In 2015 we saw Eli Tomac aboard his GEICO Honda blitz the field during the opening five rounds of the season before he too took a hard fall resulting in two badly injured shoulders – his season ended right then and there. Now Dungey has been added to that list, we’ve seen three high level 450 riders all losing their shots at the title at the same track.

7. Cooper Webb:
It’s almost as if people have forgotten that the Yamalube Star Racing Yamaha rider broke the scaphoid bone in his wrist just three weeks before the Las Vegas Monster Energy Supercross season finale. The scaphoid bone is a bad bone to break, it heals very slowly and can be a massive problem if it’s not dealt with correctly. Webb has pushed through a tonne of pain and is currently risking big issues down the track, but he’s fourth overall in the 250 points, just 13 points out of the lead which is very impressive.

8. Bisceglia’s debut:
Matt Bisceglia, former teammate of Luke Clout at the MAD Racing Dirtcandy Suzuki team, made an impressive 450 debut last weekend with the factory Suzuki squad. He’s a former GEICO Honda rider and a well-known name, but to jump into the premier class on an unknown bike and finish eighth overall, that’s solid. With both James Stewart and Blake Baggett struggling with injuries currently, we could see a new regular contender in the class.

9. Yamalube Star Racing Yamaha:
This team is quickly taking the title of the ‘powerhouse’ 250cc squad. The team has been strong in recent years capturing both the 2014 and 2015 titles with Jeremy Martin, and Cooper Webb has also captured back-to-back west coast supercross number one plates. But for 2016 with the addition of Alex Martin and the improved performances of Aaron Plessinger, these guys are a force to be reckoned with. Currently four of their five riders sit inside the top five overall, that’s pretty impressive stuff.

10. Can Tomac bridge the gap?:
With Ryan Dungey bowing out of the 2016 Pro Motocross season, there’s now a substantial void between first place and the rest of the field. Ken Roczen currently sits 29 points ahead of third place rider Eli Tomac, it’s not a huge gap, but with each moto offering up 25 points for a win, there’s still a long ways to go for the Monster Energy Kawasaki rider. Could we see Roczen run away with the title or will his contenders such as Tomac find an extra gear and chase him down?