A range of topics with the KTM-supported MX2 contender.

Raceline Pirelli KTM’s Dylan Wills entered the 2016 Motul MX Nationals season with a lot more attention surrounding him than ever before. Coming off the back of a breakout season of sorts in the MX2 category, the 20-year-old from New South Wales is yet to reach his expected potential during the first-half of the season. MotoOnline.com.au checked in with Wills today to hear his thoughts of his season to date, his increased support for 2016 and more. 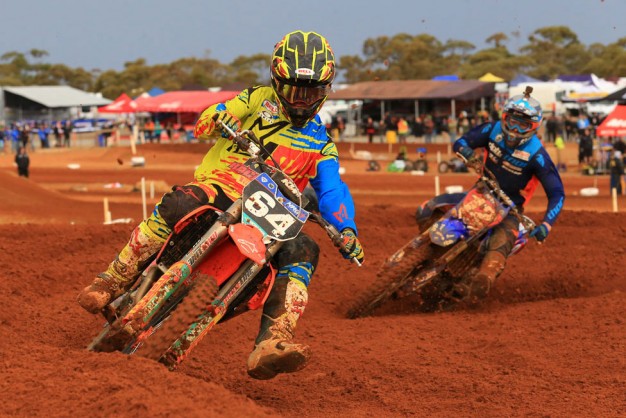 Your MX Nationals season to date…
It’s been a pretty tough series. It didn’t start off how I wanted it to, I felt good all pre-season and I felt like I had the pace to win or be right up there. Unfortunately I had a big crash before round one and that set things back pretty far, I kind of feel like I’ve just been fighting myself to get back to where I was since then. I feel like we’re getting back there now, at Murray Bridge I felt like it was a massive step forward for me. Wanneroo was tough due to lack of experience and not being a great sand rider all together, but the consistency was there and I still cleaned up the problems that I was having during the earlier rounds which was good. To date, the MX Nationals have been tough for me, we’re heading into this break now and we’ll keep fighting, we won’t give up until we’re there.

Increased support in 2016…
It has been sick, my whole team is unreal. Everyone involved is super cool and extremely laid back, they understand that we are a development team and we’re not the factory KTM team. So it’s not a high-pressure situation and we’re just trying to develop the bike, everyone on the team is learning together as they were a Suzuki team last year. I feel like we’re getting there, our bike’s good, I could blame my performances on the bike easily if I was one of those people, but I honestly can’t because the bike is great. It’s just me, I’ve got to clean some things up and we’ll be there soon. 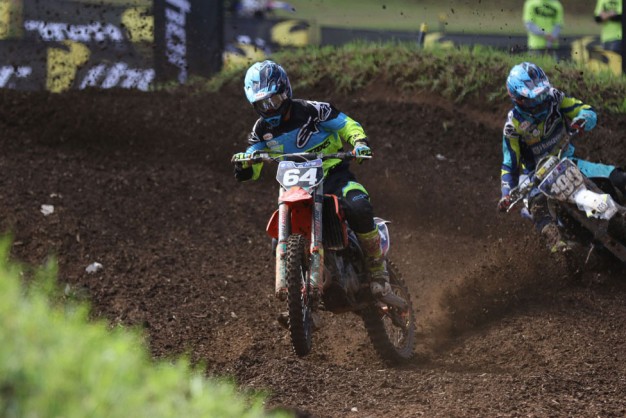 Switching to the four-stroke…
It hasn’t been too hard, it was alright. It probably took a few rides to get it sorted, but other than that the whole switch to the four-stroke has been fairly easily. As I said we’re still learning, but it has been pretty good, our bikes are good and we get a little bit of help from the KTM team as far as setup goes so it has been pretty easy. Once you’re on the track it’s not a big difference between the two, our bike is solid, but the two-stroke of the start can get you out of trouble at any time.

Your tennis career…
Myself and Matt Moss decided to go for a game of tennis together once and we’ve now decided we’re both Rodger Federer spec players, so we’ve pretty much just been killing it ever since [laughs]. It’s just pure fun for us, there’s definitely no training involved at the court.

The mid-season break…
I took the first week of the break off the bike to let a few little injuries heal up that I had been dealing with, but I’m back to it today and did some riding with Cooper Pozniak. So it’s head down, arse up now as he prepare to head to Nowra for round six and I’m looking forward to that. I’ve got to work on a couple of things and we’ll definitely come out swinging there. I’ve got to work on getting two good starts there because it’s crucial at that track. I crashed out of the lead there last year in the first race it was tough to cut back through the field, I had to take advantage of people’s mistakes. There wasn’t a whole lot of passing going on, it was just when anyone made a mistake, that’s when you’d get them. So I’ll be working on my starts for that round and I’m confident we can run it up the front.