How the 2016 season's taking shape following round five.

Last weekend’s Wanneroo Motul MX Nationals event marked the final round before the series takes a five week mid-season break before returning on 3 July at Nowra in New South Wales. The break is always an interesting time of the year where riders might lose their momentum and struggle to get back to their previous form, however it also gives injured riders an opportunity to recover and return fit and strong. In this latest edition of Q&A, we take a look at the 2016 series to date, the riders who will benefit from the break, standout riders and more. 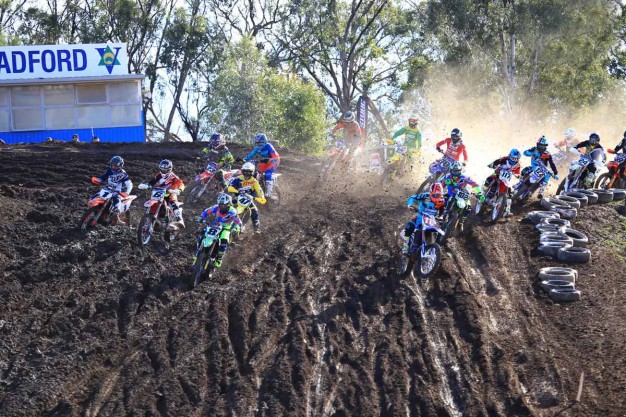 Q: Has Jay Wilson lived up to MX1 expectations to date?

A: Wilson entered the 2016 season as rookie in the MX1 class surrounding by hype following his impressive 2015 campaign where he captured the MX2 MX Nationals title. Unfortunately for the Crankt Protein Honda Racing rider, he has dealt with a nagging wrist injury throughout the opening five rounds that has held him back from showing his true potential. Wilson kicked off his season in Horsham with the fastest qualifying time in the premier class, but since then has continued to battle his wrist woes at each and every round. He’s hoping mid-season surgery will cure the issue and he can find his true form before the series wraps up in Coolum.

Q: Can Caleb Ward regain the MX2 points lead following his disastrous round in Broadford?

A: The sole KTM Motocross Racing Team MX2 rider experienced a dream start to his 2016 season, he was yet to lose an overall before Broadford’s third round of the series where it all went wrong. Due to a mechanical DNF in moto one and a big crash in moto two, Ward found himself slip from first to seventh in the series standings – his championship hopes were suddenly in jeopardy. Ward bounced back with an impressive sweep of both motos at Murray Bridge’s fourth round, and backed that up with a second place finish in Wanneroo. Ward now sits just 21 points behind series leader Nathan Crawford with five rounds remaining, can he win this title? It surely isn’t out of the question, this kid is determined to take home that number one plate in Coolum.

Q: Who will benefit most from the mid-season break?

A: The five-week mid-season break is an interesting situation, some riders can’t wait to rest and hit the final five rounds swinging, yet some riders want to keep the season going and stay in race mode. You’ll always see a mixture of comments when it comes to this time of the season, but you can bet there’s a few riders who will be welcoming the mid-season break with open arms. Jay Wilson will obviously be one of those riders, he had his wrist repaired yesterday and hopes to be back fit and healthy at Nowra. Dan Reardon of the CDR Yamaha team missed moto two of Murray Bridge and the entire Wanneroo event due to the effects of a virus he was carrying. He’s now over in Southern California for the mid-season break to sharpen his skills on some of the best tracks in the world. His teammate and former MX1 points leader Dean Ferris will also be glad to see the mid-season break after going down hard in moto three in Western Australia, the extent of his injuries are yet to be confirmed, but you can guarantee the five weeks of rest will be just what the doctor ordered. Same goes for the likes of Jake Moss, Jacob Wright and Connor Tierney, to name a few.

Q: Who has been a standout rookie contender in 2016?

A: Davey Motorsports’ Jayden Rykers has been quite impressive in his rookie MX2 season. Aboard his KTM 250 SX two-stroke, the Western Australian has been in the thick of things throughout the opening five rounds, continuing to mix it up with the factory riders on several occasions. Currently sitting fourth overall in points after finishing third overall at his home round in Wanneroo, he’s certainly a rookie to keep an eye in 2016. Fellow rookie Wilson Todd of the Serco Yamaha team may have captured a solid moto win at Horsham, but he’s yet to show the consistency that Rykers has had throughout the year. 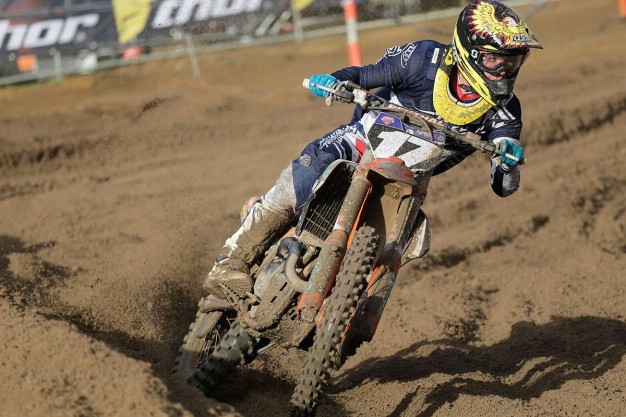 Q: Who are the true MX1 title contenders at this point?

The 2016 Motul MX Nationals premier class title race is shaping up to be a four-rider battle at this point in time. Kirk Gibbs, Todd Waters, Dean Ferris and Matt Moss are the only riders to win overalls this season and have proven themselves as the most consistent and strong riders in the class. That’s not to say riders such as Kade Mosig, who currently sits fifth in points, are not showing promising speed, but as we know it’s all about those consistent results. It will be interesting to see how Ferris bounces back from his Wanneroo incident, or if he in fact can bounce back, with minimal specific details available that’s still a huge question mark at this stage.

Q: Are Waters and Ferris as good as we’d expected them to be upon return?’

A: This is a tough question to answer. There was a tonne of hype surrounding the two returning MXGP contenders ahead of the 2016 season and deservedly so. Both riders had contested one of the most talent-filled motocross series in the world and put in very impressive performances along the way. Ferris’ performance during the first and second motos in Wanneroo were something special, that was the kind of riding we were expecting to see this season. Waters also put together a strong and smart round in Murray Bridge where he did show that he was on top of his game and went on to capture the overall win. But have they been absolutely amazing at all times upon return? Not exactly. But you have to remember who they’re up against, these guys aren’t just your average riders, our MX1 class features riders with a whole lot of talent and it’s not easy to show up and blow them out of the water even on your best day.

Q: Who has to finish off the season stronger than they started?

A: CDR Yamaha’s Dan Reardon is one rider who needs to finish his 2016 Motul MX Nationals campaign stronger than it started. The former series champion hasn’t been on the level we expected and you can guarantee he also expects more from himself as he sits 13th overall in points after five rounds. Fellow factory Yamaha riders Wilson Todd and Wade Hunter will also be searching for stronger results during the second half of the season. The Serco Yamaha MX2 riders currently sit fifth and 12th overall in the points chase, Todd being a rookie in the class is expected to make mistakes, but Hunter is someone who was expected to be further up in the pack.

Q: What riders will the second half of the series favour most?

With three of the four remaining rounds situated in Queensland, this could favour the local riders. Travelling to and from events takes a huge toll on the body, it’s something that isn’t taken into account enough, those plane trips, lack of sleep and disruptions to regular programs really make an impact. It’s not a guarantee obviously, but with riders such as Caleb Ward and Dean Ferris needing a strong finish to the season if they want to claim this title, these rounds could come in handy. But in saying that, they’re battling with fellow Queenslanders for the number one plate, so we might just see things stay the same. Either way, it’s going to be an interesting finish to the year!