MotoOnline.com.au highlights three standout performances from the weekend’s fourth round of the 2016 Motul MX Nationals at Murray Bridge in South Australia. Radar isn’t strictly about the winners, it’s about the unsung racers that we spot performing above expectations on any given race weekend. Daniel Banks (Davey Motorsports KTM) – MX1, ninth overall:
We’re never surprised to see highly capable South Australian Daniel Banks up toward the point-end of the field at Murray Bridge and this year he was particularly impressive on home soil. Banks crossed the line 13th in the first race, before pushing to eighth in the second, much to the delight of local onlookers. When you consider the list of top riders behind him, it’ll rank as a career highlight to date for him and deservedly so. 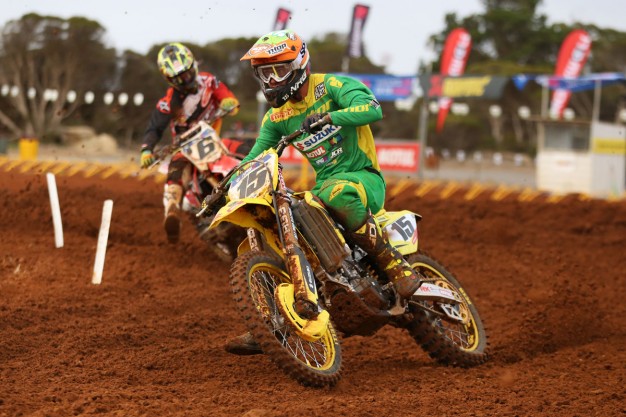 Luke Wilson (Wilson Coolair Motul Suzuki) – MX1, 14th overall:
Longtime Queensland privateer Luke Wilson has been chipping away at success in the MX Nationals for many years now, however with factory Suzuki support and Todd Waters joining his family-owned squad, Wilson’s had the spotlight cast firmly upon him. And at Murray Bridge he showed that he has what it takes to claim strong results at the most elite level of the sport in Australia. Despite a difficult opening moto, he bounced back for 10th in moto two and wound up 14th overall. Joel Evans (BBR Yamaha) – MX2, 20th overall:
This time last year following Murray Bridge’s round, 21-year-old Joel Evans had a major challenge ahead of him just to walk again and live a relatively normal life. Suffering serious spinal injuries in a practice/qualifying crash, nobody expected Evans to ever race again. But he did and, remarkably, his national comeback came in a guest appearance for BBR Yamaha at the same venue. The result? An inspiring 20th overall via 19-20 moto results.