Round four of the 2016 Motul MX Nationals is set to take place at the Murray Bridge MX Track, this round will mark the first of the softer-based circuits on this year’s schedule. 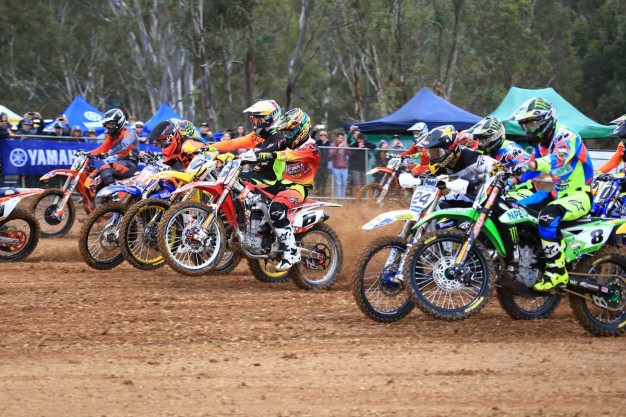 Our picks:
Kirk Gibbs (MX1) – The defending champion has been right there all season and has won the Murray Bridge round the past two years in a row. He also enters this weekend with added confidence following a round four win in Broadford.

Caleb Ward (MX2) – The KTM Motocross Racing Team rider swept both MX2 motos in Murray Bridge last year and coming off the back of a horror round three, you can bet Ward will be even more determined to regain those lost points.

Next best:
Dean Ferris (MX1) – The CDR Yamaha rider has been strong all year and doesn’t look to be slowing down, at least one moto win has to be on the cards for him in Murray Bridge.

Jed Beaton (MX2) – The DPH Motorsport rider is coming off the back of a clean sweep at round three. Although it was on a completely different style of circuit, that added confidence combined with his natural talent could be dangerous.

Outside chances:
Todd Waters (MX1) – Waters is a big fan of the sand and he rides it very well, he won the Murray Bridge event in 2012 and 2013, so he will certainly be a rider to watch this weekend.

Wilson Todd (MX2) – The Serco Yamaha rider’s style definitely suits Murray Bridge, he flows around the track, stands up a lot (much the same as training partner Caleb Ward) and has the raw speed to take moto wins as we’ve already seen this season.