KTM has pulled the covers off its upgraded 2017 SX-F and SX motocross models, boasting revisions across the board and a new-generation 250 SX two-stroke as part of its range. 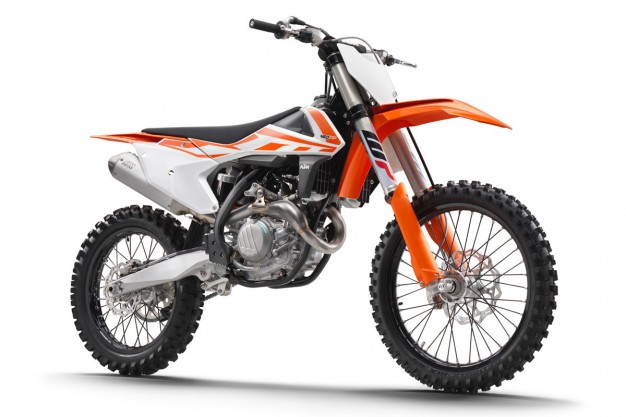 Headlining the MY17 range is the powerhouse 450 SX-F, fresh from winning this year’s AMA Supercross, an FIM World Championship, with Red Bull KTM’s Ryan Dungey.

It has a new WP AER 48 front fork with a sophisticated air spring design and separate damping for easy adjustment, 1.4 kilograms lighter than the 4CS unit it replaces. The rear suspension settings and softer spring are matched.

There’s now a handlebar map switch that also activates Traction Control and Launch Control for enhanced traction for the start, middle and end of the race.

KTM’s ‘No Dirt’ footpeg design keeps the pegs pivot from becoming clogged, ensuring the footpeg is always in the correct position. It houses the latest generation compact motor. 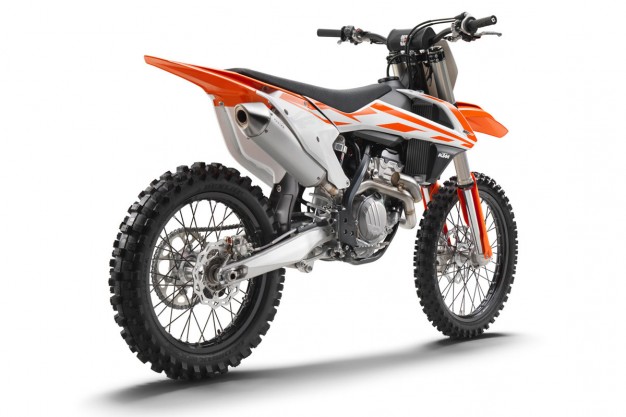 Already proven to be a strong performer, the KTM 350 SX-F gets even better for 2017 with a host of updates similar to its big brother that further push the boundaries of what is possible. The third and smallest displacement four-stroke in KTM’s MY17 line-up is the 250 SX-F. Recognised for its performance, the latest 250 SX-F gets even better for 2017.

New WP AER 48 air forks further enhance the stellar handling and capability of the 250 SX-F while reducing weight from what is already the lightest bike in the class.

The addition of KTM’s revolutionary Traction Control guarantees efficient application the rear tyre with better control, especially on wet and slippery tracks. It too shares all the major benefits of the 450 and 350 models. Perhaps the most exciting release in the range is the new-generation 2017 KTM 250 SX. Now updated to match its counterparts, the new 250 SX features a newly developed two-stroke engine fitted in a state-of-the-art chassis.

Designed with the entire know-how of the KTM R&D and motorsport department, the new-generation SX with its class-leading performance is faster with less vibration than any 250cc two-stroke before.

Matched with WP AER 48 air-sprung forks and new rear shock, the 2017 KTM 250 SX is the most Ready to Race two-stroke ever created. 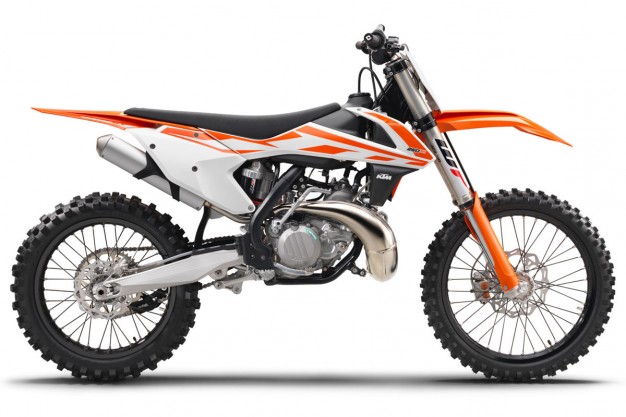 The 249cc engine features an all new architecture with a new shaft arrangement for better mass centralisation. It has a cylinder with twin-valve controlled power valve for smooth power that can be adjusted within seconds. 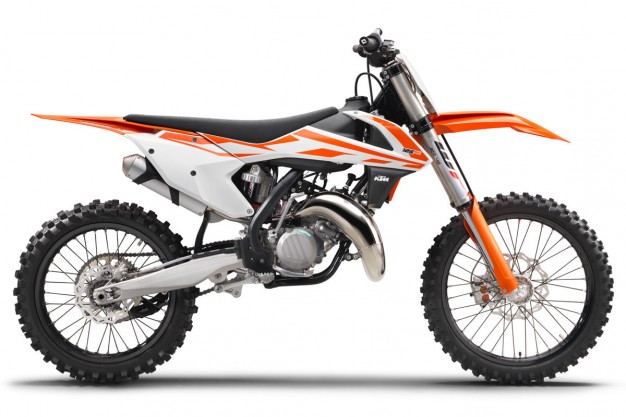 The engine of the 125 SX has been known to be the most powerful and most competitive engine of its class and two-strokes are going to have a successful future due at KTM thanks to outstanding power-to-weight ratio, a low operating cost and simplicity.

This 2017 KTM 125 SX’s engine has been developed with the latest KTM engineering know-how and the most advanced technology in the class. And likewise the similar 150 SX in the range.

The result is that they produce better power all over the rev range while being more compact and significantly lighter than all others.

A host of improvements such as the WP AER 48 fork, new handlebar clamps, new brake pedal and brake pads further elevate the Ready to Race game of the 125 SX. 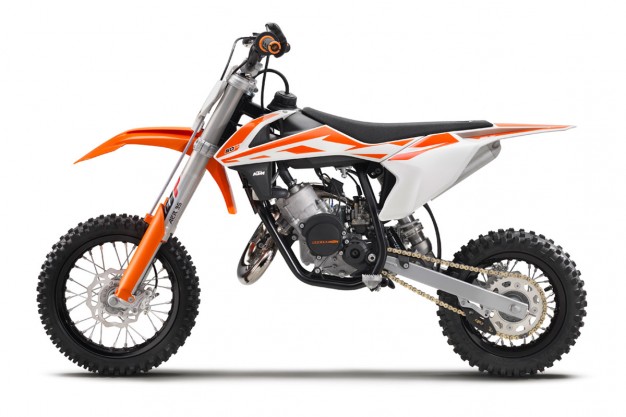 KTM has also upgraded their Sportminicycle range for MY2017 including the 50 SX, 65 SX and 85 SX models for budding junior riders and racers.

For model year 2017 the 50 SX and 65 SX will receive the brand new AER 35 forks by WP Suspension, a rather large step forward in terms of air fork technology for junior motorcycles.

This revolutionary technology allows the bikes to be adjusted easily in the workshop or at the track for the growing rider with a simple fork pump. 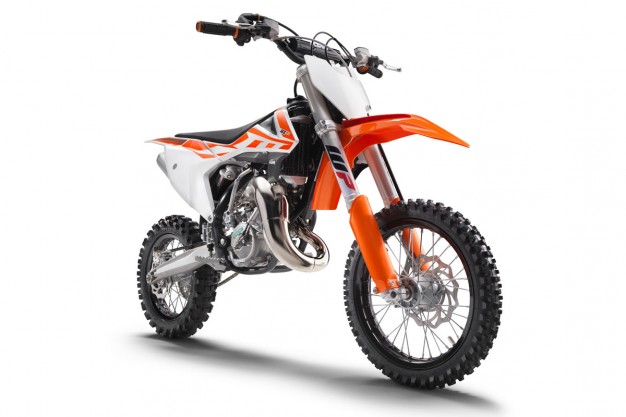 These models also boast a fully adjustable shock absorber, new exhaust system, an hourmeter and new graphics in the style of the ‘grown up’s bikes.

The biggest machine in the junior range is the class-leading KTM 85 SX, which is available in both small wheel and big wheel guises.

For MY17 this machine retains its traditional sprung forks, but detail changes have further improved this ever-popular machine which include all-new graphics to match its older siblings. 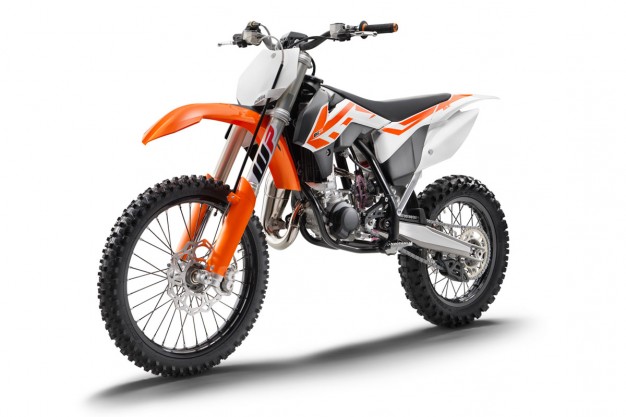 KTM Australia is yet to release official information locally on the MY17 motocross line-up, however stay tuned for updates on arrival scheduling and pricing. Visit www.ktm.com.au for more.