Husqvarna has officially pulled the wraps off its 2017 motocross line-up, headlined by an all-new TC 250 that’s all-new from the ground up and inline with its new-generation counterparts. With much similar to the current model range otherwise, here’s a closer look at what the brand will release later in the year.

The 2017s have a completely new WP AER 48 front fork for 2017. The 48mm split air fork features an insulated air spring and pressurised oil chamber for progressive and consistent damping. The new component is lighter than its predecessor and is easily adjustable via a single air pressure valve for pre-load (on the left leg), as well as easy access clickers adjusting damping with 30 clicks (on the right leg). Additionally, the air pump needed to adjust air pressure in the fork will be provided as standard.

The 22mm offset black-anodised CNC machined triple clamps feature an integrated rubber damping system that reduces vibration and increases rider comfort. The triple clamps have been expertly crafted using superior techniques and materials to provide premium quality and reliability while a new upper triple clamp has been redesigned to compliment the new WP AER 48 fork. A three-way handlebar adjustment is standard and allows for customisable ergonomics. The WP DCC rear shock is designed to provide advanced damping characteristics while conforming to a compact and lightweight design. With a pressure balance inside the shock, damping is improved resulting in greater rider comfort and handling while the outer contour of the reservoir increases cooling. The component is also fully adjustable and matched to a linkage system with a specific geometry to deliver the best possible traction and progression with a rear wheel travel of 300mm.

The hydro-formed, laser-cut and robot-welded frame expertly crafted by WP Performance Systems has been specifically designed with calculated parameters of longitudinal and torsional flex. New aluminum engine mountings on all 4T models benefit suspension functionality and feeling while retaining a light, compact and strong package. The frame is finished off with a premium white powder coating and standard frame protectors guaranteeing supreme protection and durability.

The composite sub-frame is a design unique to Husqvarna showcasing pioneering technologies and innovation. This three-piece component is made up of 30 percent carbon fiber making it remarkably light and also particularly strong. Specific care has been taken to create a certain rigidity for optimal handling and rider ergonomics. 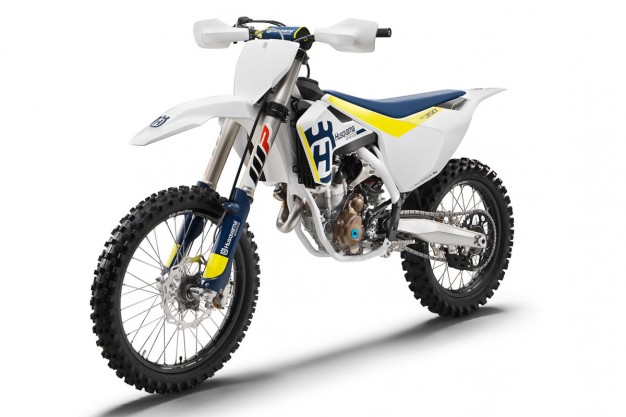 The hollow, cast aluminum swingarm has been designed to offer optimal stiffness and reliability at the least possible weight. The machining on the side by Husqvarna motorcycle engineers is another mark of quality showcasing in depth attention to detail and superior craftsmanship.

The Husqvarna frame features an innovative, self -cleaning footpeg mount which prevents the build-up of dirt collected through deep ruts or muddy terrain. As a result, the footpeg will spring back into its original position even in the toughest conditions. For riders who prefer a higher footpeg set-up, the MY17 enduro footpegs can be fitted, raising the position by 6mm.

The reliable, high quality, German-made clutch system guarantees even wear, near maintenance-free operation and perfect modulation in every condition. Meaning that play is constantly compensated so that the pressure point and function of the clutch remain identical in cold or hot conditions, as well as over time. Class-leading Brembo calipers and controls with high quality GSK discs deliver superior stopping power instilling confidence in any condition. 260mm disc front and 220mm rear. New for MY17 is a rear brake lever which is 10mm longer as well as new rear brake pads that are less aggressive and provide better modulation.

The Pro Taper handlebar is second to none for function and style. Manufactured to exacting standards, the ProTaper handlebar features class-leading fatigue resistance while adding minimal weight. For 2017, the lower handlebar clamp has been separated while the top clamp is a bridge-type clamp improving torsional stiffness. The large Husqvarna bar pad has optimal impact resistance, while the standard hand guards offer maximum roost protection.

The ODI lock-on grip on the left side does not require gluing, while on the right, the vulcanised grip features an innovative integrated throttle mechanism. The assembly has easy free-play adjustment and, by changing a cam, throttle progression can be altered.

The MY17 motocross range features a new handlebar map switch on all four-strokes. Optimised for easy operation, apart from changing between two different engine maps, the map switch also activates launch control. With the engine at idle, launch control is engaged by switching once between the selected map and the alternative map, and then back again. When the fuel injection LED flashes, launch control is engaged. This function limits the amount of power to the rear wheel, improving traction and preventing loss of control under hard acceleration. The new map switch also operates a traction control feature completely new for 2017. This can be selected to an on or off position from the switch and functions by analysing throttle input from the rider and the rate at which RPM increases in the engine. If the RPM increases too quickly, the EMS will register a loss of grip and reduce the amount of power to the rear wheel ensuring maximum traction. This can be a distinct advantage in wet or muddy conditions.

The Keihin EMS is specifically designed to be smaller, lighter and faster at processing data. It integrates launch control for perfect starts, selectable engine maps via the switch on the handlebar as well as traction control. Combined with the newgear sensor, power delivery is tailored for each gear.

The MY17 features the same 44mm Keihin throttle body as MY 16. The injector has been positioned in order to ensure the most efficient flow into the combustion chamber while in an effort to ensure optimal throttle response the throttle cable is mounted directly without a throttle linkage providing more immediate throttle response and feeling. 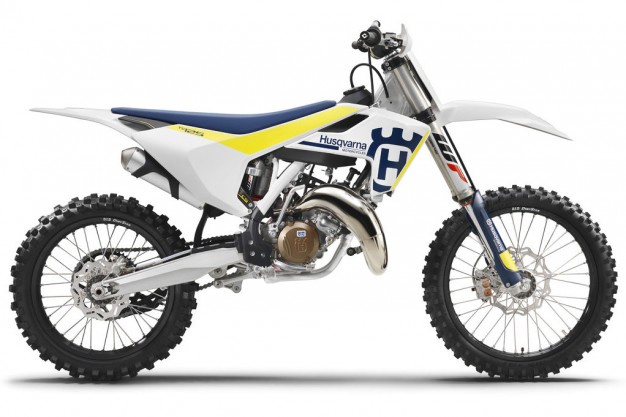 The exhaust system has been expertly designed to deliver the best possible performance while adhering to the FIM noise limits. The header-pipes feature resonance chambers that improve performance, and on the 450 SOHC engine, the resonance chamber is integrated into the header pipe and resembles a two-stroke expansion chamber. The silencers are crafted from lightweight and strong aluminum in an effort to reduce weight and benefit mass centralization resulting in sharper, more effective handling. The TC 125 and TC 250 exhaust systems have also been specifically designed to match specific engine characteristics while keeping weight to a minimum.

All four-strokes come standard with electric starters. Along with the benefit of easy starting the system is combined with a compact Li-Ion battery. The wiring harness has been purposefully designed so that the rear sub-frame can be removed without having to remove any wiring.

The radiators have been expertly crafted by WP Performance Systems using high strength aluminum. CFD (computational fluid dynamics) has been utilised to channel air through the radiators more efficiently and provide optimal cooling in any condition. The cooling system is integrated into the frame allowing for better cooling by channeling coolant through the frame while eliminating the need for additional hoses. Additionally, the radiator protectors do not only protect against flying debris but also act as a brace channeling any energy from an impact around the radiator and into the frame.

The seven-litre polythene fuel tank incorporates a threaded filler cap and an integrated fuel pump on the four-strokes, while the airbox has been designed with inlet ducts positioned precisely to prevent air deformation ensuring maximum airflow and maximum filter protection. The air filter is easily accessed, without tools, by removing the left side panel. Easy maintenance is guaranteed by the Twin Air filter and filter cage design that features a simple fail proof mounting system for safe and accurate filter installation. 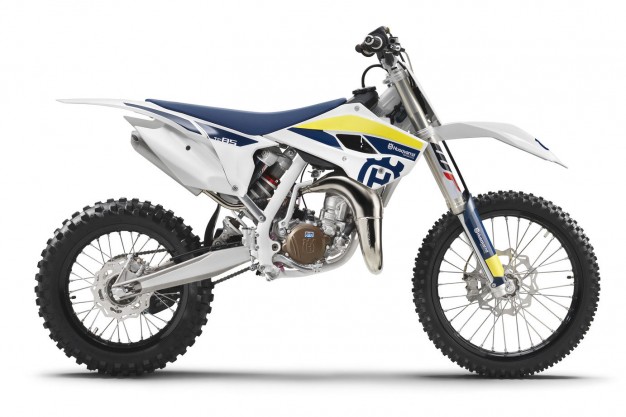 Black high-strength alloy rims by DID are coupled to CNC machined hubs using lightweight spokes and silver anodised aluminum nipples. Dunlop MX3S tyres that feature the proven ‘block-within-a-block’ design for more progressive cornering and superior grip are fitted as standard. Additionally the FC 250 will now feature a wider 110/90-19 rear tire as opposed to the 100/90-19 from MY16.

Modern and functional bodywork in white with traditional Husqvarna blue and yellow accents mark a simplistic, yet stylish Swedish design. The ergonomics have been specifically tailored to deliver greater control and comfort, enabling riders to perform at the highest level for extended periods of time. The seat has a low-profile and a high-grip cover for superior comfort and control in all conditions.

While official Australian release dates or local information hasn’t been announced, stay tuned for updates or keep an eye on www.husqvarna-motorcycles.com/au for details once announced. 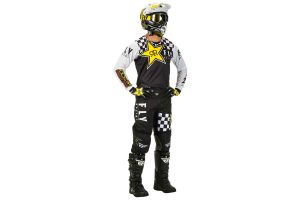 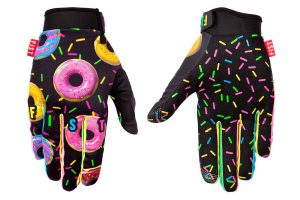