Highs and lows from Sunday's third round of the year.

MotoOnline.com.au pulls out the microscope and dissects some of the surprises, standouts, shockers and disappointments from a gloopy third round of the 2016 Motul MX Nationals at Broadford, Victoria. 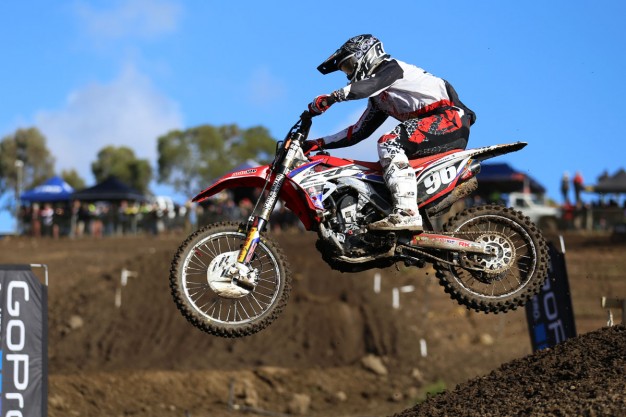 Jed Beaton: Even in his wildest dreams, DPH Motorsport Yamaha’s new recruit Jed Beaton never would’ve thought he’d stroll away from Broadford with a massive 23-point swing in his favour and the red plates attached to his bike. The young Victorian dominated the Broadford mud is such convincing fashion he was almost in a different timezone to the rest of the field. He eclipsed his 10-second lead in the opening moto with an emphatic 20-second buffer in the second race. In short, Beaton put down a beatin’… and I’ve been waiting to use that line for months.

Todd Waters: It might’ve taken five races, but Wilson’s Coolair Motul Factory Suzuki’s former MXGP star Todd Waters got the proverbial monkey off his back (seriously, have you ever considered how hard that would be?) on Sunday morning when he broke through for his for his first MX1 win of the year. In doing so, Waters became the fourth winner in six races. Racing was so tight in the MX1 class that only one measly point separated Gibbs, Ferris and Waters for the round honours.

Kyle Webster: Mudders always have a habit of throwing up some eyebrow-raising results and one of those was the performance of CRF Honda Racing’s Kyle Webster. Now don’t get me wrong, Webster is a hell of a rider, but a WA mud specialist is rare. Seeing the West Aussie slicing up the sloppy hills brought a smile to the faces of many on Sunday and his stellar 2-3 performance for second overall – his first-ever MX2 podium – saw him rocket up the points standings to eighth overall. 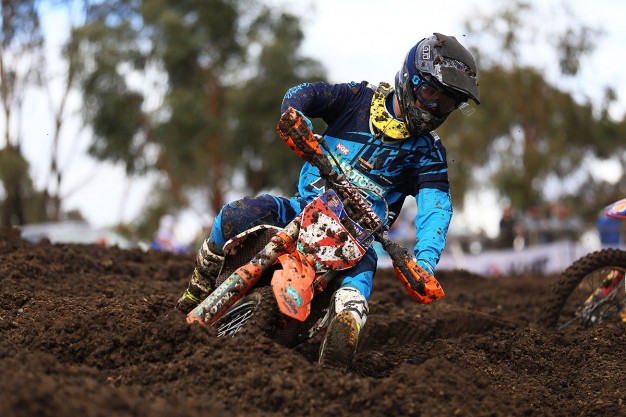 Caleb Ward: Caleb Ward would’ve been bloody devastated to wake up on Monday morning to discover Sunday hadn’t been a bad dream. The early-season points leader had nothing short of a shocker at Broadford as he tumbled from first to seventh and hemorrhaged a massive 41 points in the process. A mechanical DNF in the opening race was just the start of his problems as he was then jammed off the start of the second moto and had to fight through the pack. While Wardy scrapped his way through the top 10, Jayden Rykers highsided right in front of him and with nowhere to go, the KTM Motocross Racing Team rider went down hard. He remounted and finished 15th and watched all his early-season hard work go up in smoke.

Kade Mosig: For all the hard work, motivation and dedication that National Pump Monster Energy Kawasaki Racing Team’s Kade Mosig has poured into 2016 MX Nationals, nothing seems to have stuck to the level he’s been hoping for. Mosig wrestled his way to a solid fifth in the opening race, but then went down hard in the second moto and was struck by Todd Waters for good measure. He was escorted off by the RACESAFE Medical Team with suspected pelvic injuries, but the extent won’t be known until further scans this week. We’re hoping for the best news for the guy and will have an update as soon as we are able to.

Kale Makeham: All riders have tracks they love and hate, but Victoria’s Kale Makeham has always gelled with Broadford like a balloon with a pin cushion. As well as battling brutal track conditions (especially in the opening MX2 hit-out), the Proformance Yamaha rider found himself getting close-up looks at the slop in both first turns and subsequently having to scramble from the back of the pack all day. His 14-18 results saw him drop from fifth to ninth in the title hunt. It’s safe to say there’s at least one guy in the paddock who’s ecstatic that Broadford won’t be on the MX Nationals calendar next year.