Factory KTM off-road ace making his mark on the sport.

Daniel ‘Chucky’ Sanders is making waves in the off-road community in 2016. The humble 21-year-old currently remains undefeated across four consecutive rounds of the 2016 Yamaha Australian Off-Road Championship (AORC) and will have the opportunity to back up his results when rounds five and six are hosted in South Australia this weekend.

Sanders, who only at the beginning of his career, has already dazzled Australia competing overseas in the 2015 ISDE Championship claiming the Outright E3 title and the Junior Outright title, has come into the 2016 Yamaha AORC carrying the same winning form.

However, the KTM Off-Road team rider explained from the moment he first started, if it wasn’t for his father’s continuous support, the road may have been very different for young Sanders.

“It started back in 2004,” said Sanders. “From then I was gelled, I was still playing three other sports; footy, cricket and basketball, and still trying to race or ride motorbikes. My Dad had a good racing career back in the 80’s and I just wanted to follow in his footsteps and get bigger and better trophies than him. 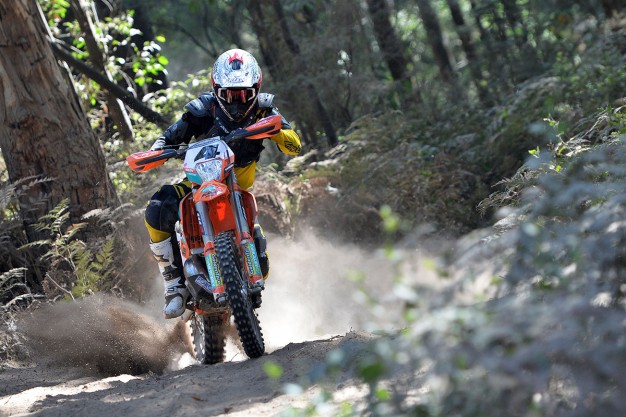 “He has been my mentor and coach and having him in my corner has just been such a big help. When I look back it’s so nice to see how far we have come and all the things we have done together.

“Dad is 100 percent my biggest supporter, I was working at the family apple orchid, and he allowed me time to get away and train, and ride when I could. I was working eight hours a day and then trying to fit riding in, it was great to have the family support to help me follow my dreams.”

With the Yamaha AORC this weekend reaching the half way point, Sanders is staying focused with a clear goal in mind for what he wants to achieve this year for himself and for his KTM Enduro Racing Team.

“My biggest goal this year is to win my first Australian championship, win the Outright and the class,” he explained. “I would also really like to win the Australian Four Day Enduro Championship. I think I have a good chance as I have put in the hard years over the last couple of years. 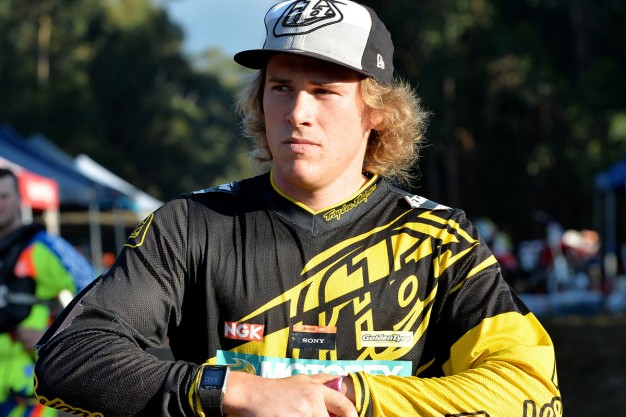 “The six day is coming up and it would be good to be selected for the Australian team again and represent Australia. Last years’ experience of racing overseas was unreal, especially going over to compete in the six day and getting as good of a result as I did was an awesome effort, it would be great to back it up.

“My biggest and greatest moment in my career so far was going overseas, heading over there and competing against 600 competitors, learning and taking off with the best riders in the world, and riding against people you use to watch back when you were a kid is pretty cool.”

With rounds five and six of the AORC being held in Murray Bridge, South Australia this weekend, Sanders feels confident heading into the event and believes fitness will be the key to coming out on top.

“Coming in to round five and six I am feeling confident, and will hopefully continue with the results I have been having,” he added. “Fitness will be the key this weekend with the intense, close racing.”