Highs and lows from Sunday's second round of the year.

MotoOnline.com.au pulls out the microscope and dissects some of the standouts and disappointments from an action-packed second round of the 2016 Motul MX Nationals at Appin, New South Wales. 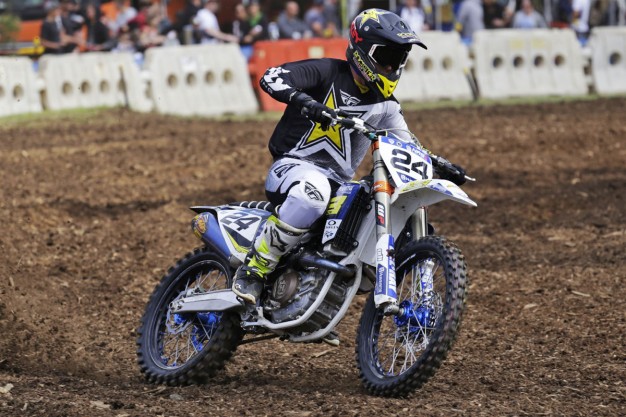 Dean Ferris: It’s fair to say CDR Yamaha’s new recruit Dean Ferris has well and truly arrived as a massive MX1 championship threat. After a disappointing (by his standards) third overall result at Horsham, the former MXGP racer more than made amends on Sunday. Not only did he storm from third to pass Kirk Gibbs and Todd Waters for the lead in the dying laps of the opening moto, but he backed it up with a valuable third in the second race to claim the day’s overall and pick up the coveted red plates in the process.

Brett Metcalfe: Former Canadian national motocross champion and SD3 Husqvarna guest Brett Metcalfe is another guy who enjoyed a surge of form at Appin. Backing up his sixth overall at Horsham, Metty pulled out all the stops for round two. The South Australian-born racer backed up his fourth in moto one with an inspired win in the second MX1 outing, holding off a hungry Dean Ferris and Kirk Gibbs who would’ve been quick to pounce on any mistake he made. None came, though, and Metty claimed his first-ever MX Nationals race victory.

Kale Makeham: It’s been bloody ages since we’ve seen Kale Makeham at the front of the pack and it was a great to see him break his win drought with a well-earned victory in the second MX2 moto. The Proformance Yamaha rider might’ve lost a factory ride and opted to step back to the MX2 class this year, but it’s a change that’s suited the Victorian to the ground. A win like this will be a shot in the arm for Makeham and it’ll give him the confidence that he does belong on top of the podium. That could spell danger for other title hopefuls. Crankt Protein Honda Racing: After a complete team makeover over the off-season and signing two of the most talented riders – Jay Wilson and Dylan Long – the new-look Crankt Protein Honda Racing team entered 2016 with no small amount of interest pointed their way. However, it’s been a slow start for both Long and Wilson, who both just scraped into the top 10 at Appin with a ninth and 10th overall respectively. Both have the speed and talent to finish further up the chain than that and they’ll be looking to build on two ho-hum rounds and improve at Broadford.

Wilson Todd: Queenslander Wilson Todd will look back on Appin as an opportunity lost after failing to capitalise on an incredible start to the day. In qualifying Todd set a blistering laptime that was more than a second quicker than series leader Caleb Ward. He then led moto one early on before finding himself losing positions to Ward, Jake Moss, Jayden Rykers and Luke Arbon. In the second race the 2015 MXD champ could only finish 12th, meaning he’d dropped to ninth overall by the time he crossed the line.

Dylan Wills: With Appin being the home round of Raceline Pirelli KTM’s Dylan Wills, we were looking forward to him putting a horrible round at Horsham behind him and making up some championship ground. There was no such luck though, as the negotiated the technical, rutted circuit for ninth in the first MX2 race, then binned it in the second moto while in a much-improved fifth place. After remounting he crossed the line in 14th for a frustrating 12th overall.