Round two of the 2016 Motul MX Nationals is set to take place this weekend at Appin in New South Wales, the home round for current MX1 championship leader Matt Moss. 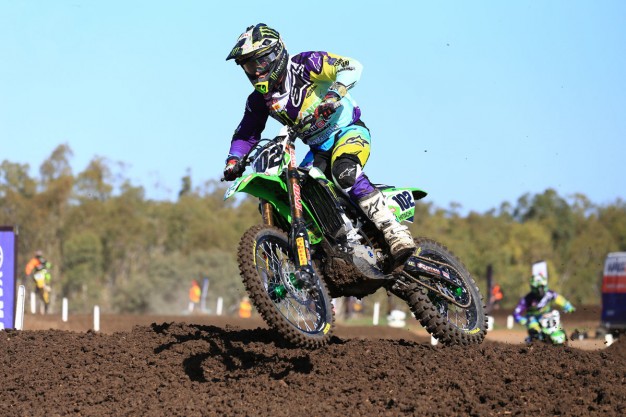 Our picks:
Matt Moss (MX1) – Although defending champion Kirk Gibbs is right there, the National Pump Monster Energy Kawasaki rider is entering his home round as the series leader, it’s hard to look the added support and confidence that comes from your home event, not to mention Moss’ current impressive form.

Caleb Ward (MX2) – The KTM Motocross Racing Team rider kicked off his season with an overall victory in Horsham, which wasn’t a surprise to see, we’re expecting the Queenslander to make his way to the front of the field once again at Appin.

Next best:
Kirk Gibbs (MX1) – The defending champion, aboard his KTM Motocross Racing KTM 450 SX-F, is smooth, smart and knows what it takes to put together a championship. We’re expecting Gibbs to be right there battling for the overall win this weekend.

Jake Moss (MX2) – Although Husqvarna’s Nathan Crawford was second overall in Horsham, following a third place finish at round one, Moss has spent the entire time training with his brother Matt out at Appin’s practice track for the most part. He’ll be shooting for that number one spot and although he now bases himself from Queensland, this is somewhat a local event for the rider from the New South Wales south coast.

Outside chances:
Dean Ferris (MX1) – It’s a toss up between who really is next best in this class, there’s two much talent to choose from. But if Dean Ferris of the CDR Yamaha team can reduce mistakes he made at round one, he’ll be a huge threat for the win. We can’t count out fellow returning MXGP contender Todd Waters either, he’ll be in the mix.

Wilson Todd (MX2) – Serco Yamaha’s Wilson Todd claimed an impressive second moto victory at Horsham, if this MX2 rookie can put it together in both motos at Appin, he’ll be one to keep an eye on.