DMC speaks out on his most challenging race of all.

Experienced Australian motocross and supercross ace Dan McCoy is facing his most challenging race of all in 2016 after being paralysed in an incident while contesting the 2016 Arenacross UK series in January. Three months on, the 31-year-old from Camden speaks to MotoOnline.com.au about what happened, his recovery and more in this life-changing turn of events. And if you’d like to extend your support in McCoy’s ongoing recovery, a GoFundMe account for his rehabilitation has been set up at this link (click to enter). 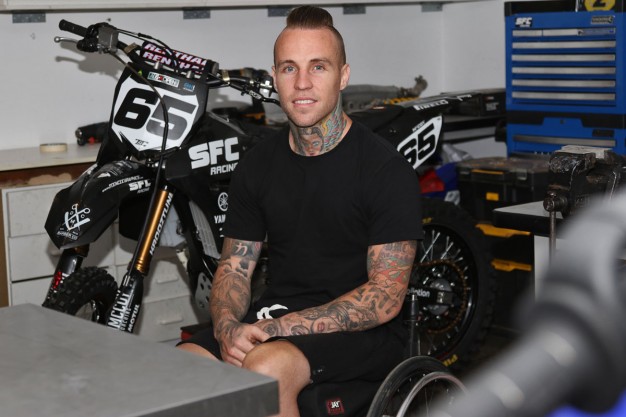 Firstly, thanks for your time today. How is the recovery going so far?

Yeah, it’s going pretty well. It’s a slow process but there are small improvements here and there, which keeps you going and keeps you positive.

Rewinding to the incident itself, talk us through what happened from your perspective…

The accident was in Scotland at an Arenacross event in a heat race, it was actually the first lap of one of the heat races. We came around and I went to pass another rider through the whoops, he went sideways and his bike shot across. I hit his bike and went over the handlebars and landed into the turn, at the bottom of the turn, out of the whoops and my bike collected me from behind. And yeah, I was laying there with no feeling in my legs instantly, so that was basically it.

I saw a post on Facebook from [girlfriend] Amy where she mentioned you said to her you couldn’t feel your legs while on the side of the track. What was going through your mind?

It was crazy. I had massive pain in my lower back and I thought to myself, I’ve got to get up, I thought I had brought my legs underneath me to stand up and I was thinking what’s stopping me from standing up? So I looked around and saw my legs still up in the berm and I just couldn’t believe it to be honest. I was in so much pain that I didn’t have too much time to think about it really. The pain was killing me and I was taken off the track into the ambulance, rushed to hospital and everything was just happening so fast – there was so much pain involved, it was pretty crazy.

So you’re what is regarded as a ‘complete paraplegic’ due to the spinal cord damage. What were the injuries specifically?

I dislocated T11 and T12. T12 went under T11, which damaged my spinal cord, and they had to take five millimetres off T12 to bring it back into place. Then they did a bone graft to keep it back in place. I also had rods inserted from T9 to L1 either side and between T11 and T12 they have a rod going across to keep it all together.

The first many of us heard of the injury was via social media, directly from yourself. How difficult was it over in Scotland, undergoing surgery first and then trying to work out a way to get home?

Yeah, it was crazy, that was the worst part to be honest, not being in my own country and it was snowing, it was just miserable. It wasn’t good knowing that you’re on the other side of the world, all I was thinking about was getting the best surgeons and doctors to fix me and get me stable enough to get home. It got crazy with insurance and stuff, I had insurance from the event and that didn’t cover a medical flight back to Australia, so that was worrying. I had to get operated on in Scotland and overall the whole thing was just a painful event.

There’s been a massive amount of support and encouragement shown by peers within the industry, fans and all kinds of people reaching out. That must be a nice feeling.

Yeah, there’s been heaps of support and it’s been, overwhelming to be honest. It’s good to see that everyone gets behind someone that has an accident, the fundraiser that was done at Oakdale was awesome, there were cars all the way out to the street, which blew me away. They had guys like Robbie Maddison and Mat Mladin out supporting it and they raised a lot of money, which obviously went towards my flight home. It was unreal.

So you arrived home to Australia and went directly into the Royal North Shore Hospital, before moving on to rehabilitation in Rhyde. What’s been the process so far?

I was in Royal North Shore getting as healthy as possible, doing bits of rehab there, but it’s such a major injury. Everyone thinks a paraplegic’s legs just don’t work, but there’s actually so many little things, or even big things, involved in an injury like this. You’re basically learning your body again in different ways and trying to figure it all out again, then once I moved over to the Royal Rehab in Rhyde, it’s been more physio and rehab. Basically you’re trying to get yourself in a position to be independent, go home and be able to look after yourself. It’s just a massive process and it takes a lot of time, but I’ve been on top of everything and it’s been good.

And what’s the next step after you are released today as an outpatient?

You’re basically on your own now and you’ve got to look for other rehab facilities if that’s what you want. And it is what I want – I want to get my legs working again. There’s a couple of places out there and you’ve just got to pick what will suit you and work for you. So you’ve just got to chase that, get yourself in and strong, close to walking or even walking again. That’s it really. 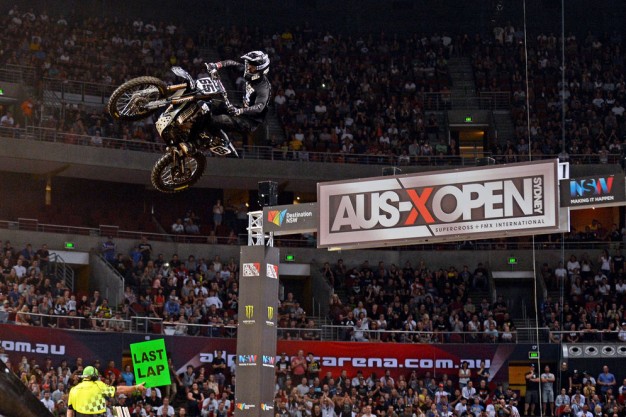 It’s obviously a financially challenging situation as well. How have you been coping with that so far?

Yeah, it’s been okay since I’ve been in these rehabs as an inpatient – everything’s looked after. But as soon as you leave and need extra rehab, because obviously the ultimate goal is to walk so you need to do whatever it takes to walk, it’s going to cost some big dollars. You’re looking at roughly $1200 per week to give you that chance to walk. You’re going to put every cent that you have into that and that’s the thing that we’ve gotta look to, hopefully try raise some money in different ways to help that. Financially the biggest killer was not being covered under the insurance that I had for the flight home, which was $55,000. That was really difficult, but Oakdale raising $31,000 covered the majority of it along with the initial GoFundMe set up by the team over there. There are ongoing costs from here and financially, you know, it’s difficult, so we will go as far as we can with the rehab and see what happens. You just never know.

Were you going to keep racing in 2016? I know it was a bit uncertain there for a while, plus that you were also considering a supercross-only arrangement, otherwise doing the whole lot again.

It was still up in the air a bit. I was racing the Arenacross because I did it a couple years ago, enjoyed it and did well, so I was just having some fun. I was going to come back and make a decision, my team was ready to go if I wanted to race motocross, but I wasn’t too sure, I was happy just to focus on supercross and do that for a few years longer because I obviously enjoy that. So yeah, I was ready to go, but I was just unsure. I guess it is what it is.

Your private team, SFC Racing, still has a presence at the MX Nationals, which is good to see. Will you have much involvement in that as your recovery continues?

It’s been good that we kept it going. We had a local rider [Daniel McEntee] ready to go and he got hurt, so Matt Toth from America rode Horsham. He was in Melbourne riding and was looking for some support. We had everything ready to go, we just needed a rider really and he was the only rider available, so we’ve been trying to keep that going. It’s just between myself and Andrew [Blanchette] with what we want to do with it, so it’s been good.

Do you have plans in terms of a career moving forward? I know you’ve already been doing to odd coaching day between rehab and have a few other interests you’re working on.

I’ve been coaching and obviously I enjoy that, I’ve got a heap of kids that I’m continuing to help and want to see do well. So I’ll keep working with them, but the future is so unknown, I’ve just got to see what happens day by day really. But I would like to keep some involvement, keep this team going, there’s just so many things to think about and so many avenues to take.

And most recently it’s been confirmed that you’ll actually be part of the NRG TV commentary team at Appin’s second round of the MX Nationals on Sunday. That will be a good time, something new for you…

Yeah, it’ll be good. It’s going to be something different for me for sure, I want to be at the races and still be involved in everything. To see everyone racing will be fun and the commentating will be cool.

Looking back at your career before we wrap this up, what was the highlight? Are there any achievements in particular that stand out in your memory?

No worries, thanks once again for your time, good luck in your recovery and we will see you this weekend.

No probs, thanks for that and for everybody who has been behind me. I appreciate it a lot.