Highs and lows from round one of the new season.

MotoOnline.com.au pulls out the microscope and dissects some of the standouts and disappointments from an enthralling opening round of the 2016 Motul MX Nationals at Horsham, Victoria. 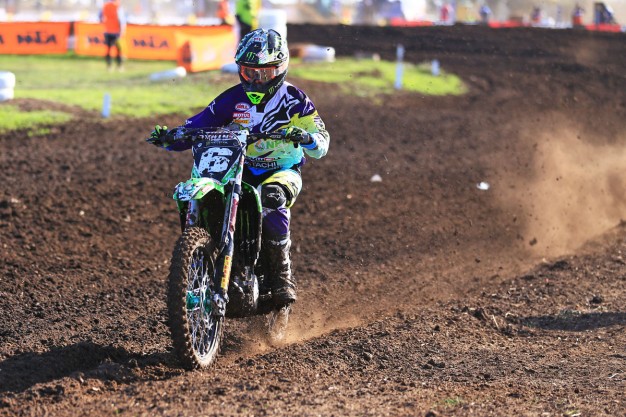 The Moss brothers: After a dismal 2015 and either signing with a new team (Matt) or dropping back to the MX2 class (Jake), a lot of people had written off the Moss twins this year, especially with the premier class possessing the strongest field we’ve seen in a long time. But someone forgot to tell the Mosses that they weren’t supposed to do well. Two-time champ Matt was back to near his best form as he claimed the MX1 overall for the day and Jake never looked like a guy who’d missed 18 months of racing with injuries as he scorched to third overall for the day. Hell of a way to silence the critics.

Kirk Gibbs: If we’ve learnt anything from defending champion Kirk Gibbs over the past couple of seasons, it’s that he’s mastered the art of being consistent. As he’s been time and time again, the KTM Motocross Racing Team’s lead rider was the most consistent rider of the entire day across all classes. His 2-2 results were probably overshadowed by the comeback win of his arch-rival Matt Moss, but at the end of the day, both lads scored 65 points and will head to Appin tied on points. It’s only the countback system that will possibly see Gibbsy having to settle for a white plate instead of a red one… for now.

Dean Ferris: Kyogle’s CDR Yamaha racer Dean Ferris marked his return from Europe in the best possible way, by comfortably winning the opening race of the 2016 Australian Motocross Championship. Ferris also qualified for Super Pole and finished sixth in the second moto despite an awkward unforced error that saw him hit the deck, to round out the day with third overall. Sure, Ferris would’ve been hoping to finish the opening stoush on top of the box, but there was plenty to like about his speed and form from round one. 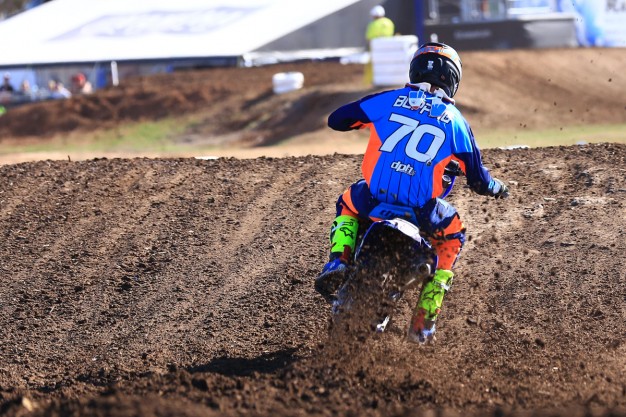 Wade Hunter: Serco Yamaha’s new MX2 recruit Wade Hunter definitely didn’t one of his best days behind the grips as he rolled away from the track with a lowly 14th overall. In the opening stages of the first moto the Queenslander had a big crash and rung his bell hard, which affected his performance for the rest of the meeting. In that race he circulated to 16th, then played a conservative hand in the second on his way to ninth. He’s already declared he’ll be fit and raring to go next weekend at Appin and will be eager to make amends.

Lawson Bopping: After a fruitful off-season and making headlines during the Monster Energy AMA Supercross Championship, we kind of expected DPH Motorsport’s Lawson Bopping to be a bit of a dark horse at Horsham. Granted, he’s been outspoken about his loathing for the hard-pack Victorian track in the past and this year’s MX1 class is overflowing with talent, but we still expected him to finish higher up the order than 11th overall. He didn’t have any mechanical issues or crashes to blame, he was simply off the pace of the front-runners. Expect him to feature further up the field at Appin, which he’ll probably view as a home round of the series.

Jacob Wright: A late off-season switch from SD3 Husqvarna to a manufacturer-supported KTM deal probably didn’t make for the most ideal preparation for the opening round of the 2016 MX Nationals, but Jacob Wright will be ruing his results from Horsham. Wright suffered a mechanical DNF in the opening moto then could only muster a 12th in the second race to finish the day in 20th. The Queenslander is certainly more capable than those results belie (remember 2014 when he won a handful of MX1 races?) and will only improve from here on out.